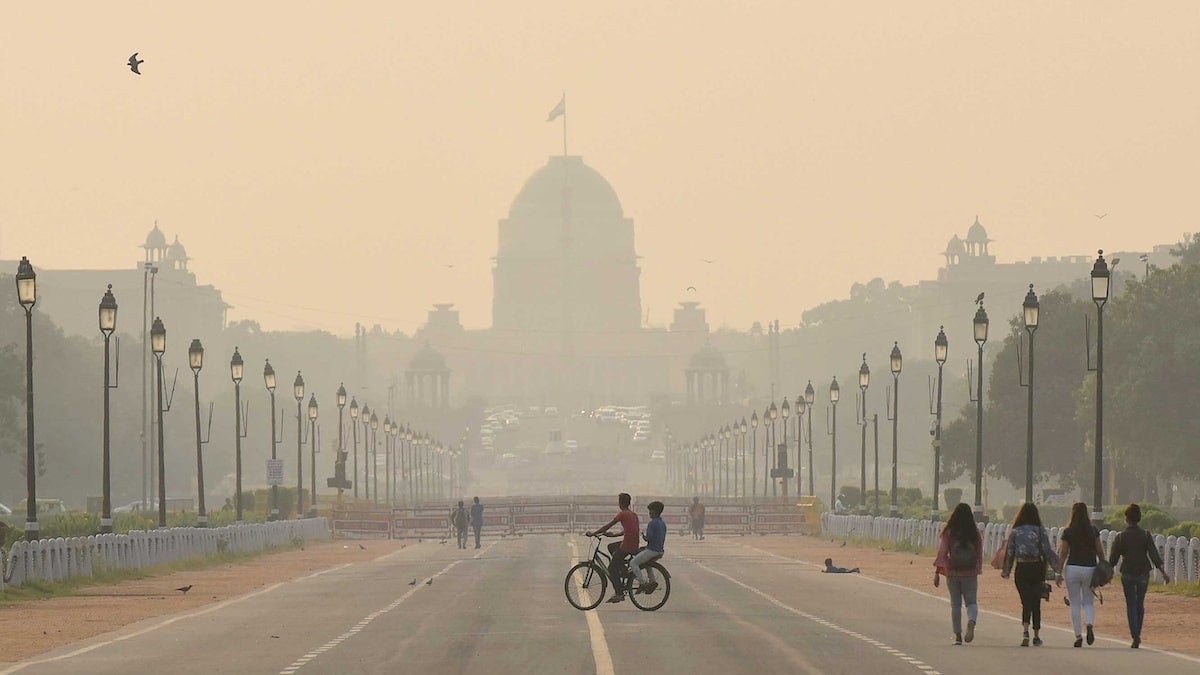 An annual comprehensive report on air pollution showed that it was responsible for 6.67 million deaths worldwide, including the premature death of 500,000 babies, with the worst health outcomes occurring in the developing world, according to the State of Global Air, which was released Wednesday.

The State of Global Air 2020 looked at the effects of air pollution on health outcomes in 2019 and found that conditions are getting worse, as it moved up from the fifth leading cause of death worldwide to the fourth leading cause. Only high-blood pressure, smoking and poor diet surpass air pollution.

The State of Global Air 2020 is a joint collaboration produced annually by the Health Effects Institute and the Institute for Health Metrics and Evaluation’s Global Burden of Disease project.

One reason that air pollution moved up in the list of leading causes of death is that this year’s report was able to account for infant death due to air pollution. The report noted that roughly half a million babies died to due to poor air quality, with roughly two-thirds of those deaths due to poor indoor air from burning charcoal, wood and animal dung for cooking, according to The Guardian.

“We don’t totally understand what the mechanisms are at this stage, but there is something going on that is causing reductions in baby growth and ultimately birth weight,” said Katherine Walker, principal scientist at the Health Effects Institute, as The Guardian reported. “There is an epidemiological link, shown across multiple countries in multiple studies.”

India was the worst hit country with 116,000 infant deaths linked to air pollution, while Sub-Saharan Africa saw 236,000 infant deaths due to poor air quality, according to the report, as Agence-France Presse (AFP) noted. Most of the complications were due to low birth weight and premature birth, which leaves a baby’s lungs fragile.

It is not just babies that need to be protected. Recent studies have also noted that exposure to air pollution for mothers contributes to low birth weight and premature births, according to The Tribune in India.

“An infant’s health is critical to the future of every society, and this newest evidence suggests an especially high risk for infants born in South Asia and sub-Saharan Africa,” said Dan Greenbaum, president of the Health Effects Institute, the AFP reported.

According to the report, the most smog or PM2.5 air pollution for 2019 was in India, followed by Nepal, Niger, Qatar and Nigeria. The report noted that India’s air quality has been steadily decreasing since 2010. While most of the 20 most populous countries have decreased air pollution over the last decade, India, Nigeria, Pakistan, Bangladesh, and Japan have seen air pollution increase, as The Hindustan Times reported.

“Given the high exposure and staggering health burden of air pollution, India must show urgency and recognize air pollution as a regional-scale problem,” said Sagnik Dey, associate professor at the Indian Institute of Technology in Delhi, to The Hindustan Times. “The National Clean Air Program should be expanded beyond the urban centers with an air-shed approach prioritizing the local and regional mitigation measures to achieve clean air goals for India.”

Epidemiologists have compared the state of air in developing countries to Victorian London from 150 years ago.

“This is not the air pollution we see in modern cities [in the rich world] but that which we had 150 years ago in London and other places, where there were coal fires indoors,” said Beate Ritz, professor of epidemiology at UCLA, to The Guardian. “Indoor air pollution has not been at the forefront for policymakers, but it should be.”