Air Pollution Allowed by the EPA Kills 200,000 per Year 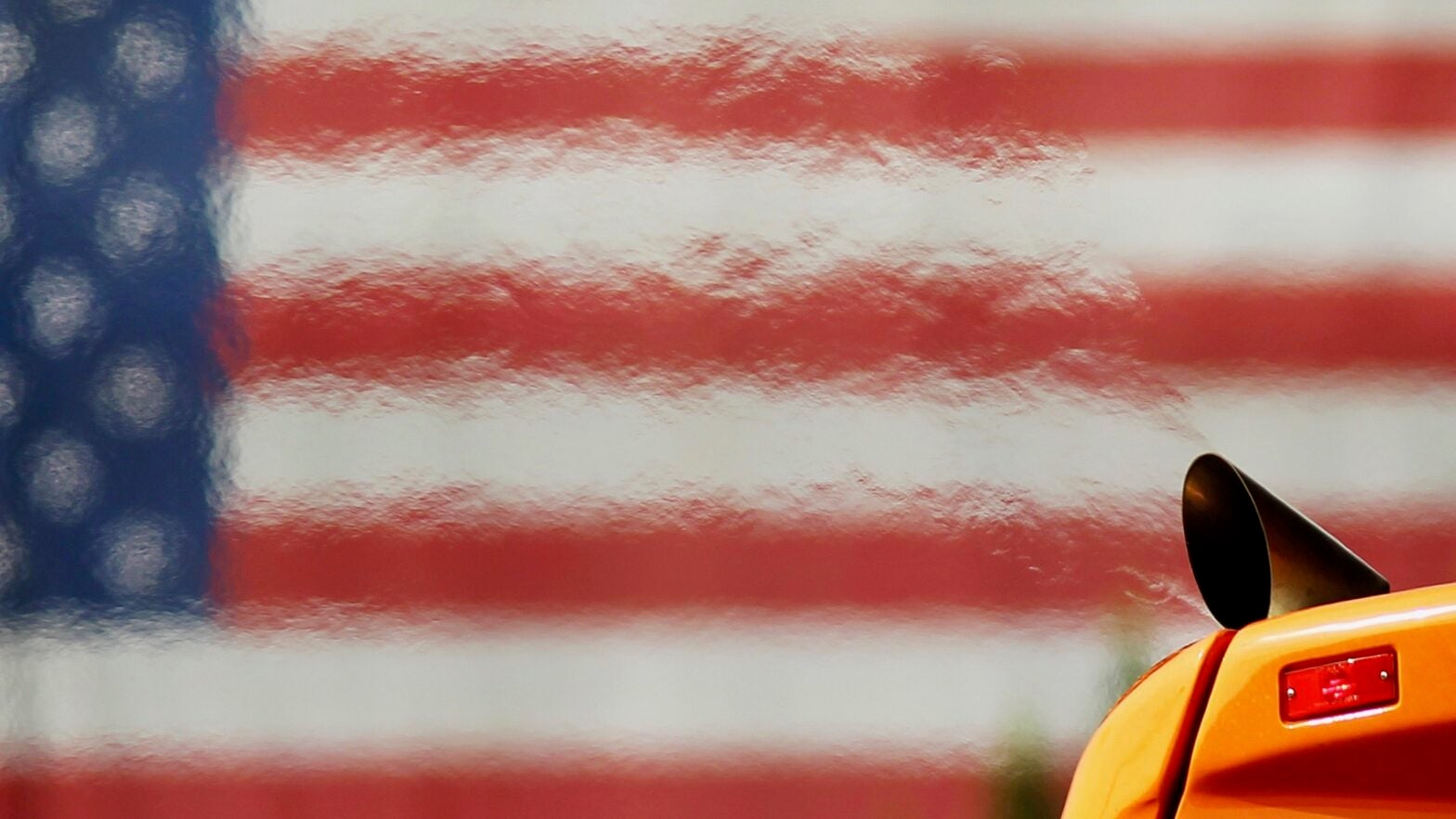 Heat waves emanate from the exhaust pipe of a city transit bus as it passes an American flag hung on the Los Angeles County Hall of Justice on April 25, 2013. David McNew / Getty Images

Air pollution rules aren’t doing enough to protect Americans, finds a major new study that examined the cause of death for 4.5 million veterans, as The Guardian reported.

The scientists who published their research in the journal JAMA Network Open found that 99 percent of deaths from illnesses linked to air pollution stemmed from exposure lower than what the EPA allows, according to The Guardian.

PM2.5 is a mixture of pollution particles that are so fine they are roughly 30 times smaller than a strand of human hair, according to the New York State Department of Health, as Newsweek reported. Long-term exposure to PM2.5 has been linked to learning disorders in children, as well as a host of other conditions, including psychiatric disorders, depression, emphysema and lung disease.

To measure the effect of PM2.5 in the U.S., the the researchers combined EPA air quality data with 10 years of medical records for 4.5 million U.S. veterans. Over the decade, 36.4 percent of the veterans (1,647, 071) died of various causes, including several linked to air pollution. From there, they established links between chronic PM2.5 exposure and nearly 200,000 deaths.

The data suggests the standards might not be strict enough, said Ziyad Al-Aly, a clinical epidemiologist at Washington University and one of the study’s coauthors, as Wired reported. “If you do the math, it tells us we could save at least 200,000 lives if we cleaned the air further,” he said.

“There is a considerable national discussion about the current EPA standards for air pollutants and whether further reduction might yield improved health outcomes,” the study’s authors write, according to Newsweek. “An extensive body of scientific evidence suggests substantial health gains realized by cleaner air, and that further reduction in PM2.5 might lead to even greater reduction in burden of disease.”

However, it is hard to believe that the EPA will listen to the science. Just last year, EPA administrator Andrew Wheeler, a former coal-industry lobbyist, fired scientists from an advisory committee on air pollution standards. In an unprecedented move, the committee met anyway and sent a letter to Wheeler urging him and the EPA listen to science and adjust its standards, as EcoWatch reported.

“The question is whether the trade-offs for society are worth it. If only a few people are harmed, maybe society accepts the risk,” said Miles Keogh, the executive director of a group that represents state and local air regulators to The Guardian. “But when a study shows 99 percent of death occurring at exposure levels below that threshold, that should make us look much harder at whether the threshold protects people effectively enough.”