Mapping the U.S. Counties Where Traffic Air Pollution Hurts Children the Most 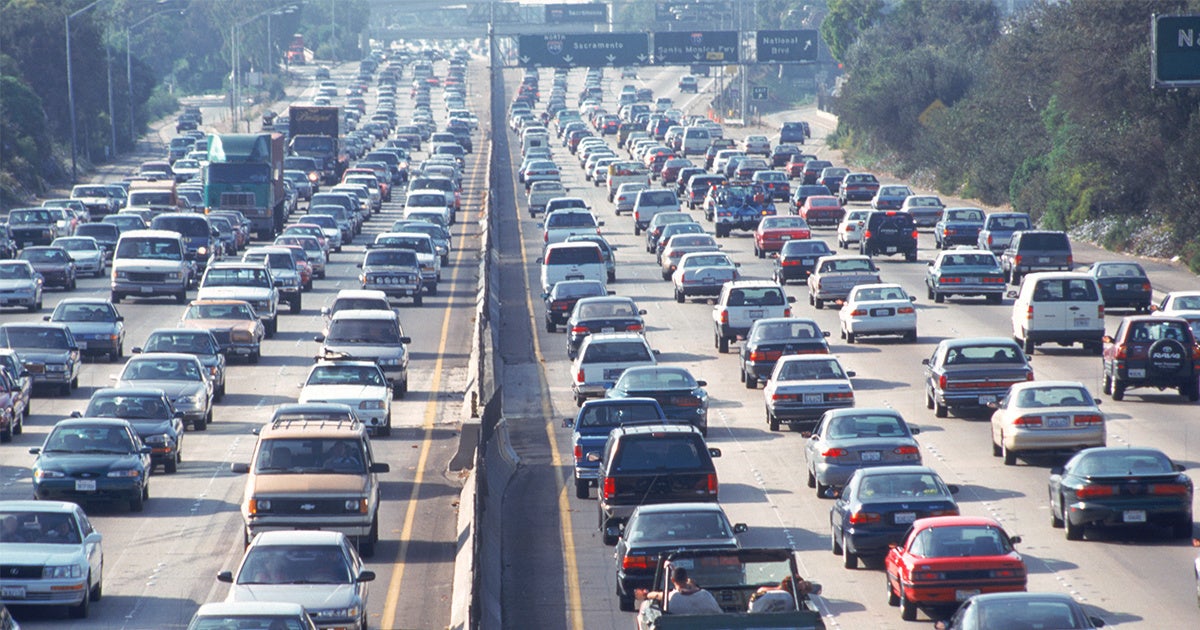 In the U.S., more than 6 million children had ongoing asthma in 2016. Globally, asthma kills around 1,000 people every day — and its prevalence is rising.

This condition has a high economic cost. Each year in the U.S., more than $80 billion is lost because of asthma. This is mainly due to premature deaths, medical payments and missed work and school days. The burden is higher for families with asthmatic children, who, on average, spend $1,700 more on health care than families with healthy children.

One major environmental factor that might contribute to the development of asthma is air pollution from traffic. In our study, published on April 3, our team mapped where in the U.S. children are most at risk for developing asthma from this type of pollution.

Asthma is likely the most common chronic disease in childhood, according to the World Health Organization.

Asthma presents as episodes of wheezing, coughing and shortness of breath due to the reversible, or partially reversible, obstruction of airflow. Six in 10 of children with asthma worldwide had a form of persistent asthma, meaning that either they were on long-term medication or their condition could not be controlled even with medication.

Traffic pollution contains a mixture of harmful pollutants like nitrogen oxides, carbon monoxide, particulate matter, benzene and sulfur. These pollutants are known to harm health in many ways, causing a number of cardiovascular, respiratory and neurological diseases.

One 2013 review suggested that long-term exposure to common traffic-related air pollutants is linked to the development of asthma in children and adults.

A much larger meta-analysis in 2017, which focused on children and included more recently published studies, found consistent connections between this type of pollution and childhood asthma development. The researchers concluded that there is now sufficient evidence showing a relationship between this type of pollution and the onset of childhood asthma.

Studies from the nonprofit research group Health Effects Institute and the U.S. Environmental Protection Agency have concluded along these lines.

Despite this emerging evidence, the burden of childhood asthma due to traffic-related air pollution is poorly documented. Very few studies explore the geographic and spatial variations.

My research team wanted to quantify the connection between exposure to traffic pollution and the onset of childhood asthma across 48 U.S. states and the District of Columbia. We also wanted to make these data open to the public.

In our analysis, we looked at 70 million kids and conducted all calculations at the census block level, the smallest available geographical unit for census data. We collaborated with researchers from the University of Washington, who modeled the concentrations of nitrogen dioxide, a strong sign of traffic-related air pollution, using satellite imagery combined with environmental ground monitoring data.

We then took data extracted from surveys by the Centers for Disease Control and Prevention, estimating childhood asthma incidence in the U.S. Alongside data from our air pollution models, we used these data to estimate the number of childhood asthma cases caused by exposure to traffic pollution.

We then created a first-of-its-kind, county-by-county interactive heat map and city-by-city table detailing the distribution of childhood asthma due to nitrogen dioxide across the U.S. in both 2000 and 2010. Each county is represented, and users can explore the data to see the findings for a particular county.

A Win for Public Health

What caused the decline in traffic-related asthma cases? There may be multiple causes, including more fuel-efficient vehicles, more stringent regulation on nitrogen oxide emissions and, potentially, reductions in total vehicle miles traveled due to the recession.

Our estimates underline an urgent need to reduce children’s exposure to air pollution. We hope that our analyses and heat maps will better inform policymakers, transportation agencies, medical associations and anyone else interested in learning more about the burden of childhood asthma due to air pollution.