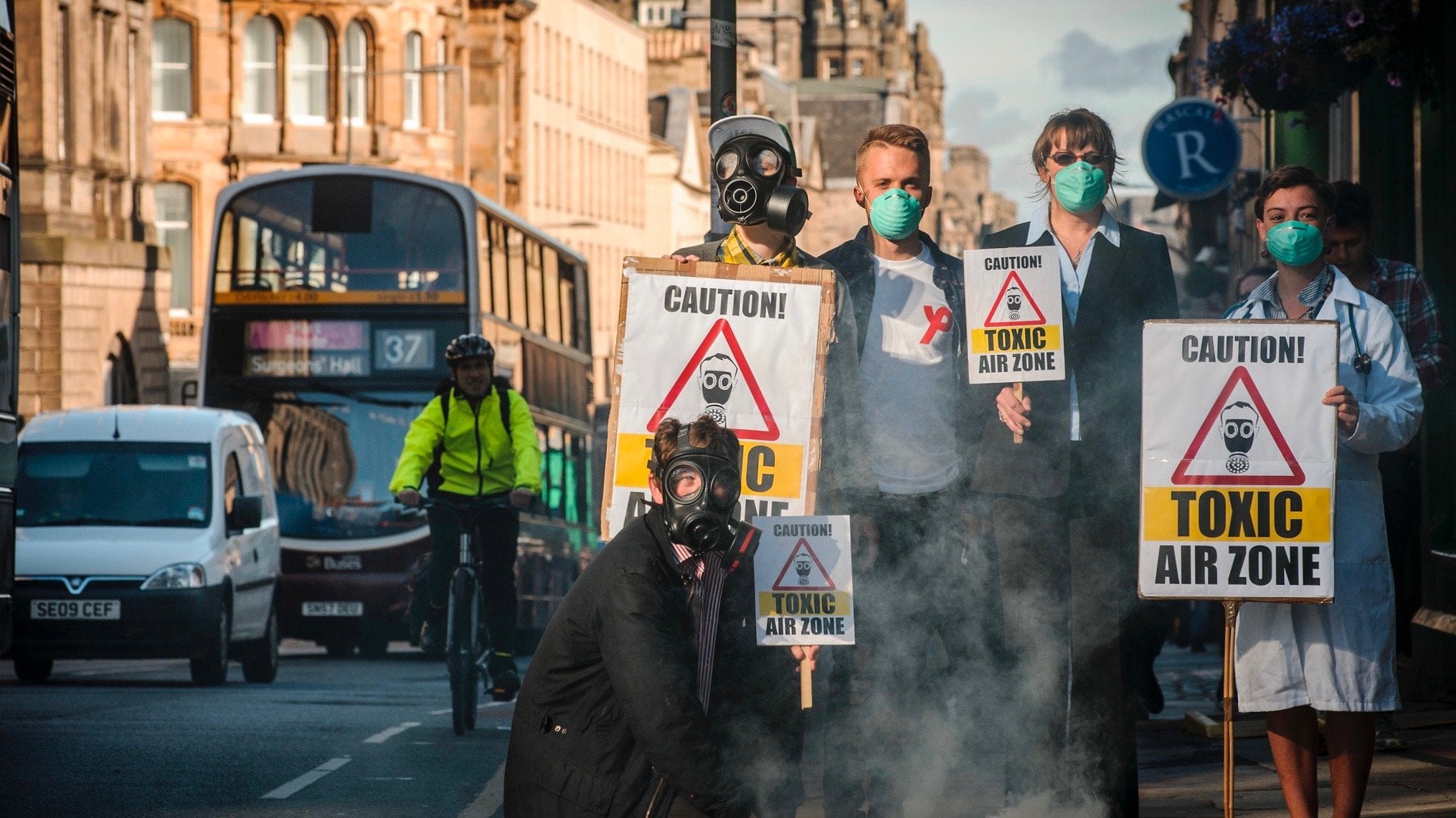 Air pollution particles from motor vehicle exhaust have been linked to brain cancer for the first time, researchers at McGill University in Montreal say.

According to a study published this week in Epidemiology, increased exposure to ultra-fine particles (UFPs) produced by diesel engines and burning coal raises the risk of developing malignant brain tumors by 10 percent.

The researchers found that the association was present after just a one-year increase in pollution exposure of 10,000 nanoparticles per cubic centimeter — that’s about the difference you can expect after moving from a quiet street to a busier city street, The Guardian reported.

“Any time you burn anything, these small particles are produced,” co-author and epidemiologist Scott Weichenthal, told UPI. “These particles are so small they can get into our bloodstream and into our brains.”

While previous research has established that these UFPs are reaching the brain and potentially damaging every cell in the body, this is the first time researchers have been able to show that even a moderate increase in UFPs could lead to one additional case of brain cancer for every 100,000 people exposed to the pollution.

The study looked at medical records and pollution exposure for 1.9 million adults in two cities, Toronto and Montreal from 1991 to 2016, CBS reported.

“Environmental risks like air pollution are not large in magnitude – their importance comes because everyone in the population is exposed,” study co-author Scott Weichenthal, told The Guardian. “So when you multiply these small risks by lots of people, all of the sudden there can be lots of cases. In a large city, it could be a meaningful number, particularly given the fact that these tumours are often fatal.”

The researchers acknowledged that the study did not show that the UFPs directly caused brain cancer, and more research into the environmental factors should be done, the Daily Mail reported.

Still, the study has implications for public health policy around the world in the face of growing air pollution crises. For instance, in Kabul, Afghanistan, smog and other air pollution may now be killing more people than war, the Associated Press recently reported, and New Delhi, India, has suffered from “severe” air quality with pollution exceeding eight times the recommended maximum due to agricultural and weather patterns.

“At an individual level, it is always a good idea to reduce your exposure to pollutants,” Weichenthal told The Guardian. “But the more important actions are at a regulatory level, where you can take action that reduces everyone’s exposure – that is where the real benefits come in.”