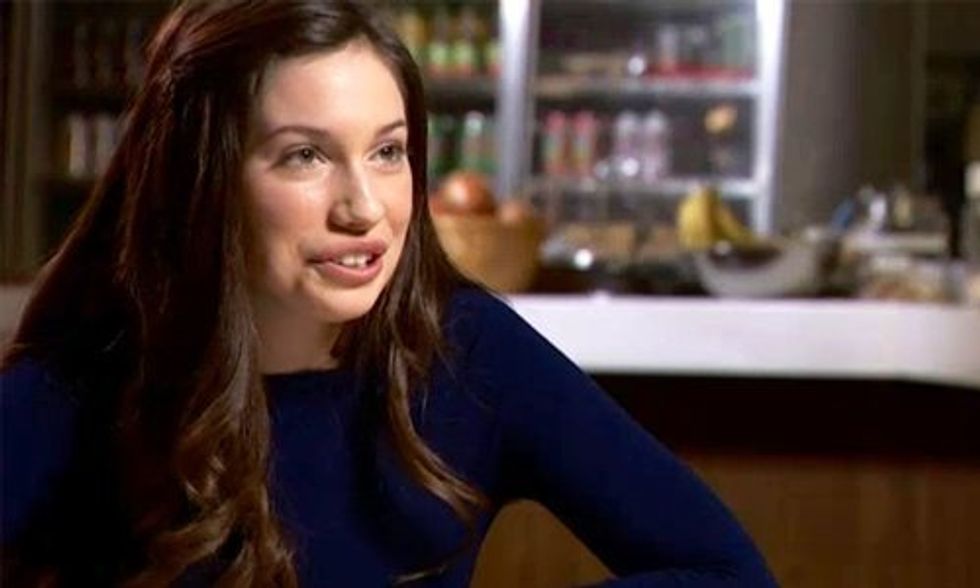 The U.S. agrichemical lobby targeted a Canadian teenager as part of its "increasingly nasty and divisive public relations war over GMOs," according to new reporting from Global News.

Rachel Parent was 14 years old when her activism around labeling genetically modified organisms (GMOs) in food caught the eye of pro-GMO corporations and lobby groups.

According to emails and thousands of other pages of documents released in a freedom of information request by U.S. Right to Know (USRTK), a non-profit advocacy group funded by the Organic Consumers Association, these industry forces conspired to think of ways to discredit Parent and counter her message.

"It's mostly scientists that they attack, but Rachel is a standout," Gary Ruskin, the co-director of USRTK, told Global News. "The agrichemical industry is plainly quite threatened by this teenage schoolgirl, so that’s why they're after her."

Among other things, the news outlet reports that University of Florida professor Kevin Folta—whom Ruskin describes as "one of the principal attack dogs of the agrichemical industry"—was hired by public relations firm Ketchum to make a video about Parent.

According to Global News:

The video discussed Parent’s activism, her belief that all GMO food products should be labeled and addressed her apparent lack of scientific knowledge.

“So when I think about answering Rachel Parent, who’s the activist child—well, young woman—who’s running the website ‘Kids Right to Know' … The things I just adore about Rachel is that she’s clearly very articulate, clearly intelligent,” Folta said in the video.

“The problem that I have is when Rachel starts to let non-scientific thinking really kind of cloud her final decision-making process.”

Parent said she finds the tone of the video “almost degrading.”

A poll commissioned by a coalition of consumer and environmental groups showed earlier this month that nearly 90 percent of Americans want mandatory labeling on GMO foods.

For more, see the Global News video below: