After Sandy, We’re Ignoring the Lessons We Already Learned 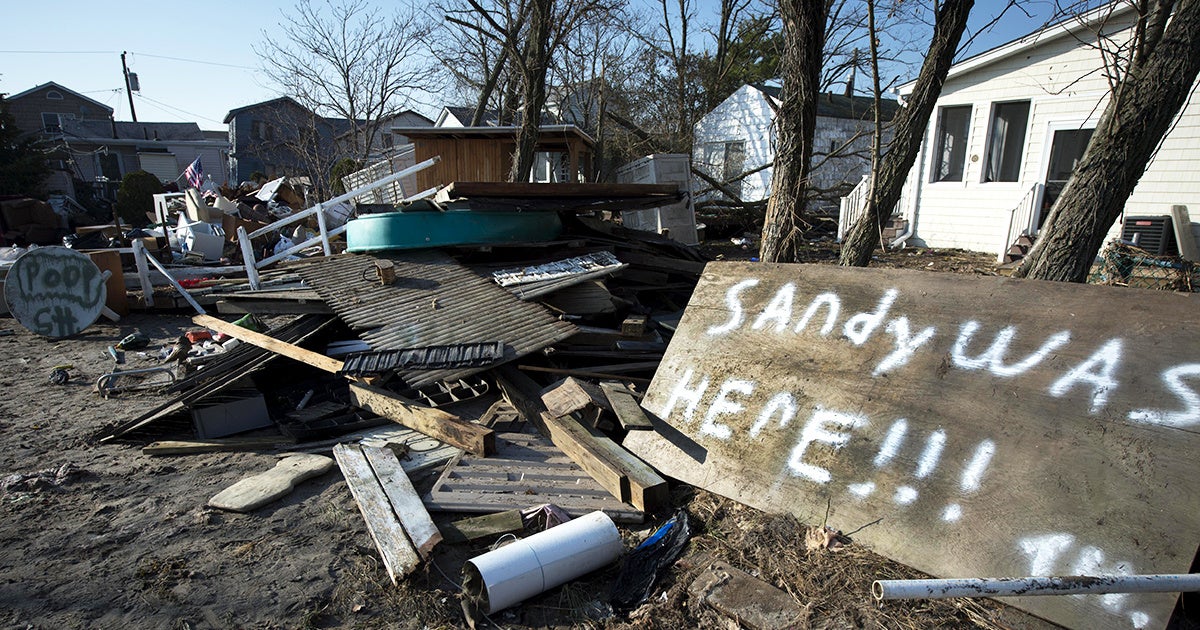 Five years after Hurricane Sandy, our nation’s leadership is willfully ignoring all the lessons we paid dearly to learn. Instead the nation is now charting a very dangerous course given the powerful storms we will face in the future.

Marking the fifth anniversary of one of the most destructive storms to ever strike the U.S., we see a very different response to Hurricanes Harvey, Irma, Maria and Nate than we saw to Hurricane Sandy five years ago.

In the aftermath of this year’s string of catastrophic hurricanes, which have turned 2017 into one of the most destructive years on record, we’ve seen a response that borders on ambivalence to the plight of our fellow Americans in Puerto Rico and the U.S. Virgin Islands. And in so many other ways, we are seeing a deliberate attempt to ignore the lessons we paid such a high price to learn.

After Hurricane Sandy made landfall, the images of flooded subways, shorelines full of homes falling into the ocean and a darkened Manhattan skyline provided a much-needed wake-up call to the nation about climate change. We were confronted with the reality of what scientists had been telling us for years: climate change is real and it’s placing communities at greater peril.

There was a recognition that we needed to take action to decrease our vulnerability to the extreme weather events brought about by climate change and there was a renewed emphasis on addressing the root causes of climate change. For what now seems like an all too brief window of time, our nation adopted a strategy that was focused on avoiding the unmanageable and managing the unavoidable consequences of climate change.

After Sandy the federal government rolled out a suite of actions that included:

But since President Trump took office, we’ve lost that momentum and we have seen our nation regress as it shrinks away from the multitude of challenges posed by climate change. And the error of these misguided actions are all too apparent in the aftermath of Hurricanes Harvey, Irma, Maria and Nate.

Just ten days prior to Hurricane Harvey making landfall in Texas, Trump rescinded federal flood protection standards. These standards would have ensured that public facilities and infrastructure built using federal taxpayer dollars would be built with a greater margin of safety against flooding and future sea level rise. The standards would have also guided the post disaster recovery from recent storms, had they not been rescinded.

Trump has proposed cuts to FEMA programs that are essential to disaster response and preparedness. These include reducing the amount of funding the nation budgets for responding to and preparing for natural disasters. In addition, the administration has proposed that all funding be eliminated for mapping areas vulnerable to flooding and reducing the resources used for weather forecasting and severe weather prediction. These programs are clearly more needed than ever and that need only increases as each year brings increasing risks.

President Trump pulled the U.S. out of the Paris climate accords and is now attempting to roll back the Clean Power Plan.

And our response to the crisis unfolding in Puerto Rico over the past several weeks does not even remotely resemble the way the U.S. is expected to come to the aid of its citizens.

It’s become all too clear that climate change has irrevocably changed the nature of weather related disasters in the U.S., but we are failing to heed the lessons that we are being taught. Events like Hurricane Sandy would have been considered a once in a lifetime event in the past. But now, record breaking disasters occur with alarming regularity. Since 2012, the U.S. has experienced some of the most costly flood disasters in the nation’s history starting with Hurricane Sandy in 2012, catastrophic floods in Central Louisiana and the Carolinas from Hurricane Matthew in 2016, and now the combined fury of Hurricanes Harvey, Irma, Maria and Nate.

The evidence for action is all too clear, yet our nation’s leaders expend far more effort to willfully ignore the evidence that is laid out before them than they expend to address the challenges that are so painfully obvious.