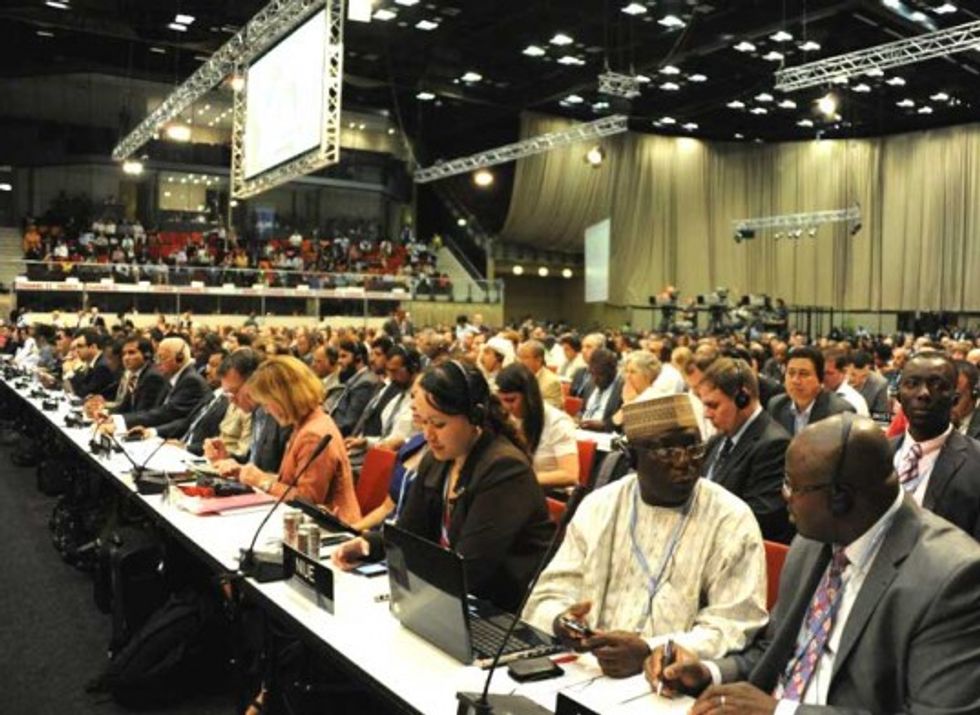 Continued strong and united leadership by African governments is essential at the United Nations (U.N.) climate talks in Durban, South Africa if the world is to have a chance of avoiding catastrophic climate change, Friends of the Earth International warned Dec. 2.

The global grassroots environmental federation condemned the inaction and intransigence of the industrialized world at the Durban climate talks, and the developed countries’ tactic of trying to escape their responsibilities for climate action by unraveling previous agreements and calling for a new mandate for the U.N. climate negotiations.

Friends of the Earth International’s assessment of the talks so far is:

“We are already one week into the talks and still there has been no discussion on the most important issue here in Durban—when and with what level of urgency the rich industrialized countries who are responsible for the climate crisis are going to reaffirm their commitment to legally binding emissions cuts in line with science and equity.

"So far, developed countries acted in the interests of their multinationals and financial elites. The world’s eyes are now on the governments of Africa to show leadership where the rich governments have abjectly failed,” said Nnimmo Bassey, chair of Friends of the Earth International.

“On Saturday thousands of people will march on the streets of Durban to demand climate justice. African leaders must hear their call and stand strong in the interests of our peoples and the people of the world,” he continued.

“Developed countries are busy trying to rearrange the deckchairs as the planet is about to sink. By opening the door to a deregulation of the U.N. climate agreement, they will begin a race to the bottom whose first victims will be the billions of people in the poorest and most vulnerable countries of Africa and the small islands,” said Asad Rehman of Friends of the Earth England, Wales and Northern Ireland.

“The EU must ensure that Durban does not lock the world into an ineffective global agreement that will give a green light to polluters to continue putting their economic interests before the people and the planet. The EU must stop its talk of new mandates and deliver in Durban under the existing mandate it is committed to—the continuation of the Kyoto protocol and its binding emissions cuts,” he added.

“South African President Jacob Zuma must stand with Africa and be uncompromising on what Africans have agreed must happen if our continent is not going to burn. We need deep and drastic binding emissions cuts by the rich countries and real, public climate finance, not a mandate for a new wave of financial colonialism through a private sector facility in the new Green Climate Fund,” said Bobby Peek of Friends of the Earth South Africa.