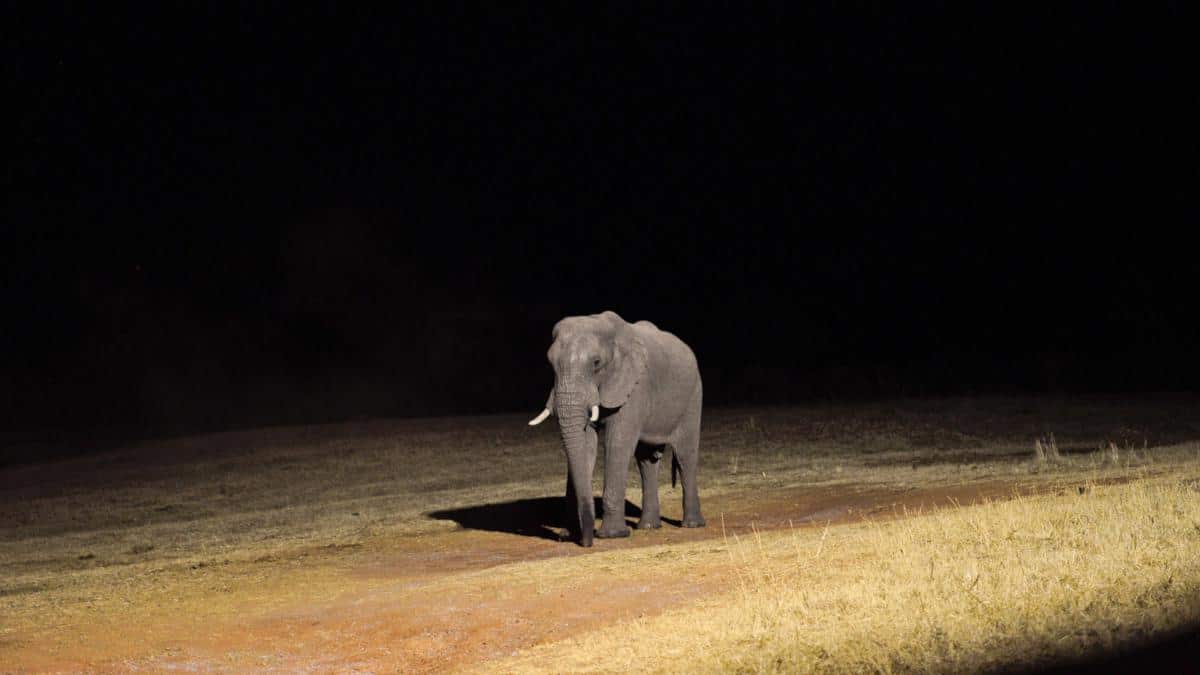 Last year the world reacted in shock when Namibia announced plans to auction off 170 live elephants to the highest bidder.

Despite criticism, the plans have continued to move forward — and that may just be the start. Tucked away in a Feb. 1 press release justifying the auction was a rehash of the country’s oft-repeated desire to also sell ivory. The Namibian Ministry of Environment, Forestry and Tourism’s stated:

“Namibia has major stockpiles of valuable wildlife products including ivory which it can produce sustainably and regulate properly, and which if traded internationally could support our elephant conservation and management for decades to come.”

Namibia is not alone in this desire to capitalize on its wildlife. In Zimbabwe’s national assembly last year, the minister of environment valued the country’s stockpile of 130 metric tonnes (143 tons) of ivory and 5 tonnes (5.5 tons) of rhino horn at 0 million in U.S. dollars. This figure, which would value ivory at more than ,200 per kilogram, has since been seized upon by commentators seeking to justify the reintroduction of the ivory trade.

I’m an environmental accountant dedicated to ethical conservation, so I wanted to understand these numbers and how they motivate countries. In truth, I found not even full black-market value comes close to arriving at this figure.

Black-market values are, of course, often invisible to the general public, but the most recent data from criminal justice experts finds that unworked (or raw) elephant ivory sells for about /kg on the black market in Africa, while rhino horn is currently selling for ,683/kg.

Therefore, a more realistic valuation of Zimbabwe’s ivory stockpiles, using an optimistic wholesale price of 0/kg, would give a potential income of only .5 million in U.S. dollars.

This is a 30th of Zimbabwe’s estimate.

And even then, those numbers fail to account for the disaster that would happen if ivory sales return — as we saw in the all-too-recent past.

International trade in ivory has been banned since 1989, following a 10-year period in which African elephant numbers declined by 50%, from 1.3 million to 600,000. However, in 1999 and 2008 CITES allowed “one-off sales” of stockpiled ivory, to disastrous effect. The selling prices achieved then were only 0/kg and 7/kg, in U.S. dollars respectively, due to collusion by official Chinese and Japanese buyers. 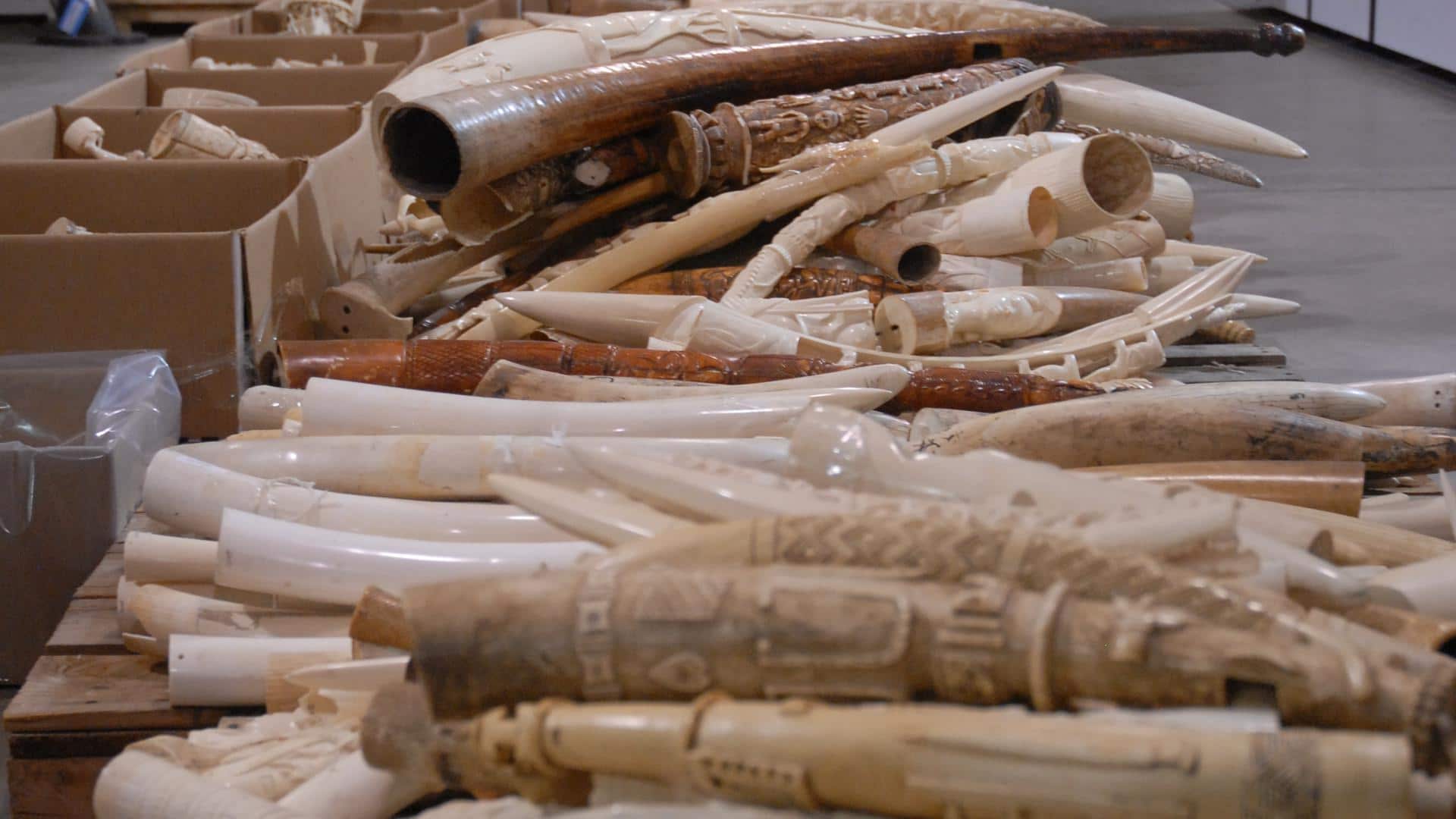 The intention of CITES in approving the one-off ivory sales was to introduce a controlled and steady supply of stockpiled ivory into the market. The legal supply, coupled with effective systems of control, aimed to satisfy demand and reduce prices. This in turn should have reduced the profitability of (and the demand for) illegal ivory. Poaching should have followed suit and decreased.

Instead, the sales led to an increase in demand and, consequently, an increase in elephant poaching. The 2008 ivory sale was accompanied by a 66% increase in illegally traded ivory and a 71% increase in ivory smuggling. An investigation in 2010 by the Environmental Investigation Agency documented that 90% of the ivory being sold in China came from illegal sources.

The International Union for Conservation of Nature (IUCN) comparison of elephant poaching figures for the five years preceding and five years following the sale showed an “abrupt, significant, permanent, robust and geographically widespread increase” in poaching.

The problem has not faded away. Most recently the two African elephant species (savanna and forest) were declared endangered and critically endangered due to their continued poaching threat. 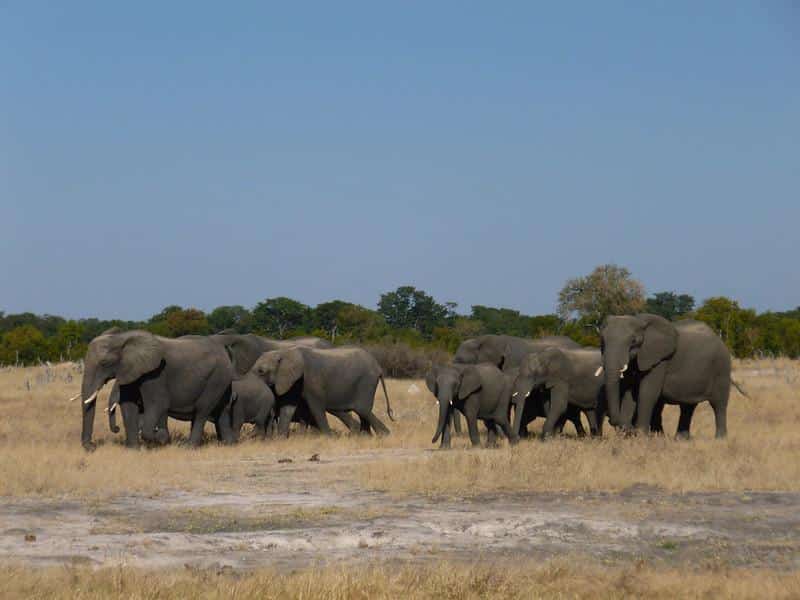 Still, some African nations look fondly at the 2008 sale and have long hoped to repeat it. The Zimbabwe Ministry’s 2020 statement follows yet another proposal to the 18th CITES Conference of the Parties (COP18) by Namibia, Zimbabwe and Botswana to trade in live elephants and their body parts, including ivory. The proposal was not accepted by the parties.

The one-off sales of ivory removed the stigma associated with its purchase, stimulated the market demand, and increased prices.

The ivory that China purchased in 2008 for 7/kg was drip-fed by the authorities to traders at prices ranging between 0 and ,500 per kilogram. This meant that the bulk of the profits went to filling Chinese government coffers — not to African nations — and in doing so, created a large illegal market which drove prices even higher.

Raw ivory prices in China increased from 0/kg in 2010 to ,100/kg in 2014. The market had been stimulated, prices increased and the volume of legal ivory available was insufficient to meet demand as the Chinese government gradually fed its stockpile into the market.

Japan, the other participant in the one-off sales, has systematically failed to comply with CITES regulations, meaning that there were (and still are) no controls over ivory being sold, allowing the illegal markets to function in parallel to the legal one.

In a very short space of time, criminals ramped up poaching and elephant numbers plummeted.

What Has Happened to the Price of Ivory Since Then?

With no recent legal international sales, combined with the significant U.S., Chinese and United Kingdom domestic ivory sales bans, the price for raw ivory paid by craftsmen in China fell from ,100/kg in 2014 to 0/kg in 2017. That’s when China closed all of its official ivory carving outlets and theoretically stopped all official ivory trade.

The price currently paid for raw ivory in Asia, according to an investigation by the Wildlife Justice Commission, is currently between 7/kg and 9/kg, in U.S. dollars. Ivory sourced in Africa and sold in Asia has additional costs such as transportation, taxes and broker commissions. The prices paid for raw ivory in Africa have decreased correspondingly from 8/kg to /kg in 2020.

Those numbers pale in comparison to a living elephant. A 2014 study found that live elephants are each worth an estimated .6 million in ecotourism opportunities.

One half-truth is that the money earned from the legal sale will be used to effectively fund conservation.

One of the CITES conditions of the 2008 sale was that funds were to go to the conservation of elephants. South Africa placed a substantial portion of the income from its share of the pie in the Mpumalanga Problem Animal Fund — which, it turns out, was well-named. An internal investigation found the fund had “no proper controls” and that “tens of millions” of rand (the official currency of South Africa) had bypassed the normal procurement processes.

Ironically, proceeds were also partly used for the refurbishment of the Skukuza abattoir, where most of the 14,629 elephant carcasses from culling operations between 1967 and 1997 were processed.

All the while, Africa’s elephant populations continued to decline.

How to Stop Poaching

In light of these deficiencies — and in light of elephants’ recently declared endangered status — the very reverse of actual conservation can be expected if any nation is again allowed to sell its ivory stockpiles. The cost of increased anti-poaching efforts required from the consequent increase in poaching will outweigh the benefit of any income from the sale of ivory stockpiles.

To stop poaching, all international and local trade must be stopped. 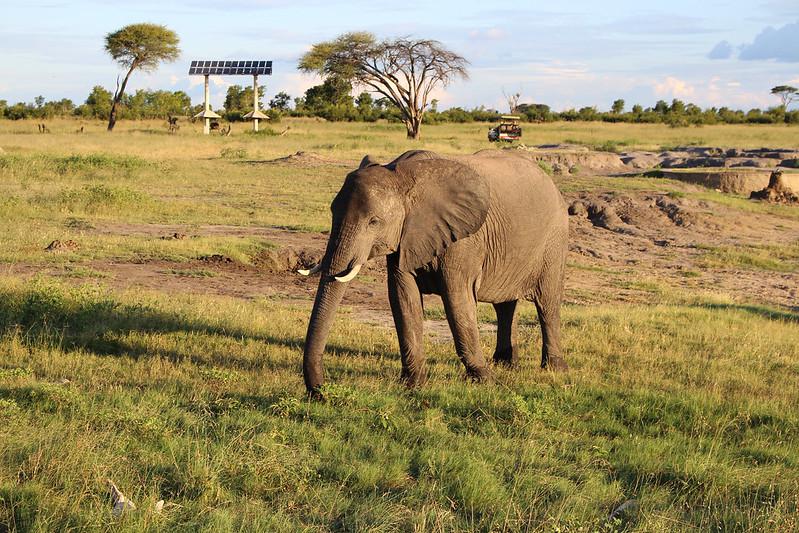 Repeating this failed experiment will send a message that it is acceptable to trade in ivory. Ivory carving outlets in China will re-open and demand for ivory will be stimulated. The demand for ivory in an increasingly wealthy and better-connected Asia will quickly outstrip legal supply and poaching will increase.

Meanwhile, the management of a legal ivory trade requires strong systems of control at every point in the commodity chain to ensure that illegal ivory is not laundered into the legal market. With recalcitrant Japan continuing to ignore CITES, “untransparent” Namibia “losing tolerance” with CITES, and Zimbabwe ranking 157 out of 179 on the corruption perceptions index, not even the basics for controlled trade are in place.

Therefore, aside from the strong theoretical economic arguments against renewed one-off sales, the practical arguments are perhaps even stronger: If international ivory and rhino horn sales ever again become legal, the cost to protect elephants will skyrocket and these culturally valuable animals will plunge into decline — and possibly extinction.

Charan Saunders grew up in Cape Town and studied genetics and microbiology and then went on to qualify as a chartered accountant. She has worked in London in the forensic science field and was the chief financial officer of a major vaccine manufacturer for six years. She now serves as a financial director in the field of conservation.