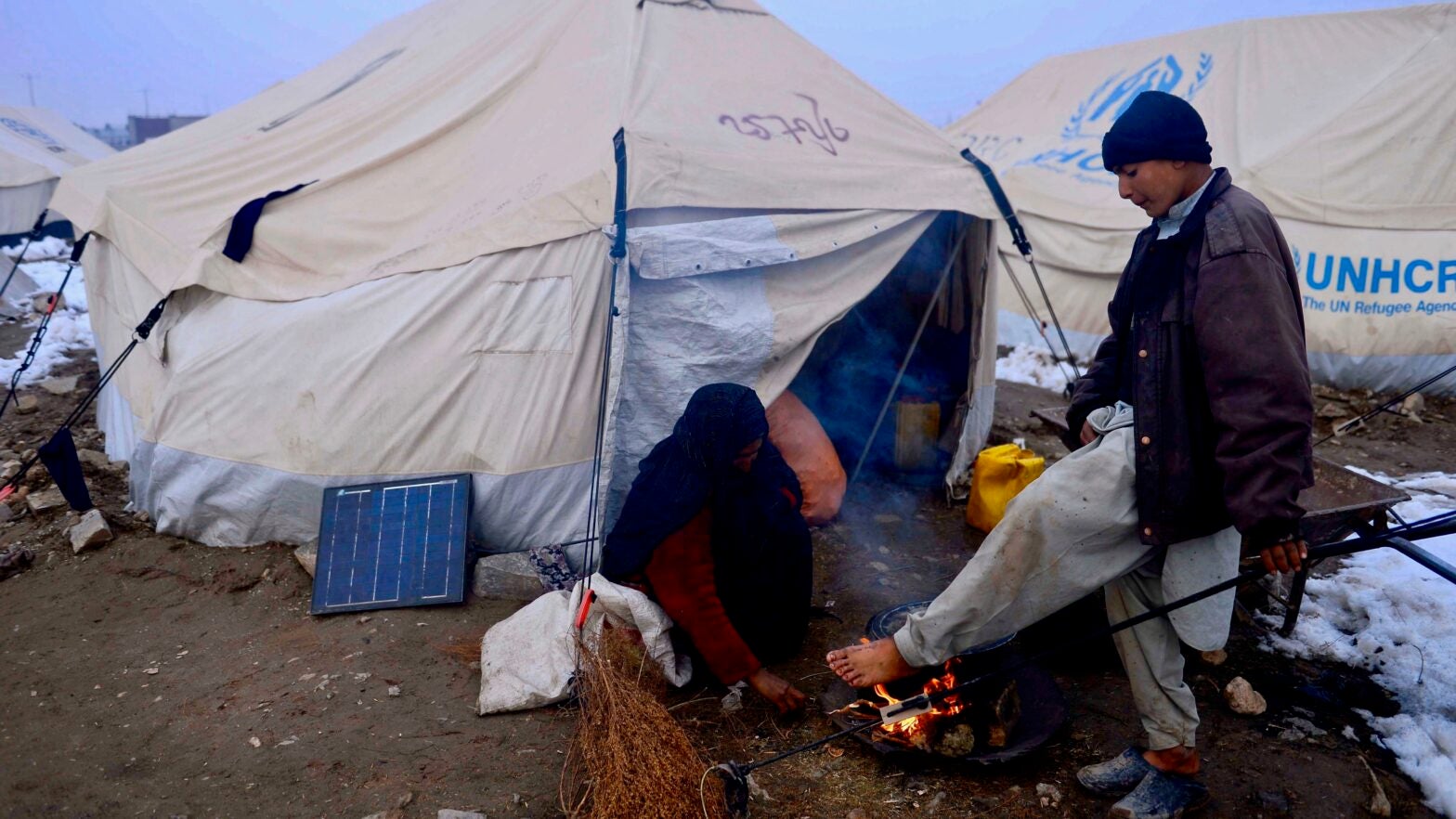 In this photo taken on Jan. 14, internally-displaced people warm up around a fire in front of their tent at a refugee camp on the outskirts of Herat. Avalanches, flooding and harsh winter weather killed more than 130 people across Pakistan and Afghanistan in mid January, leaving others stranded by heavy snowfall, officials said on Jan. 14. Photo by HOSHANG HASHIMI / AFP / Getty Images

At least 21 people have died in avalanches that struck the Daykundi province in Afghanistan on Feb. 13, according to Afghanistan’s disaster management authority.

Seven people are reportedly missing, while 10 people are injured. About 50 houses have been destroyed by the avalanches.

Ahmed Tameem Azimi, a spokesman of the state ministry for disaster management, said that the 21 people who died were from two families. He also said that the death toll could rise owing to difficult weather conditions.

The Afghanistan Meteorological Department had warned of rainfall, heavy snow and flash flooding for several provinces, including Daykundi, till February 13.

Several main highways and roads have reportedly been closed down in Afghanistan owing to anticipation of avalanches and heavy snowfall.

In the last two months, Afghanistan has received heavy snowfall and torrential rain. According to the AP news agency, the total death toll in January and February is 72.

According to a report by the United Nations Environment Programme and the National Environmental Protection Agency of Afghanistan, uncontrolled greenhouse gas emissions will increase the country’s temperature by 5 degrees Fahrenheit by 2100. In 2018, a severe drought affected 2.2 million people in the country.