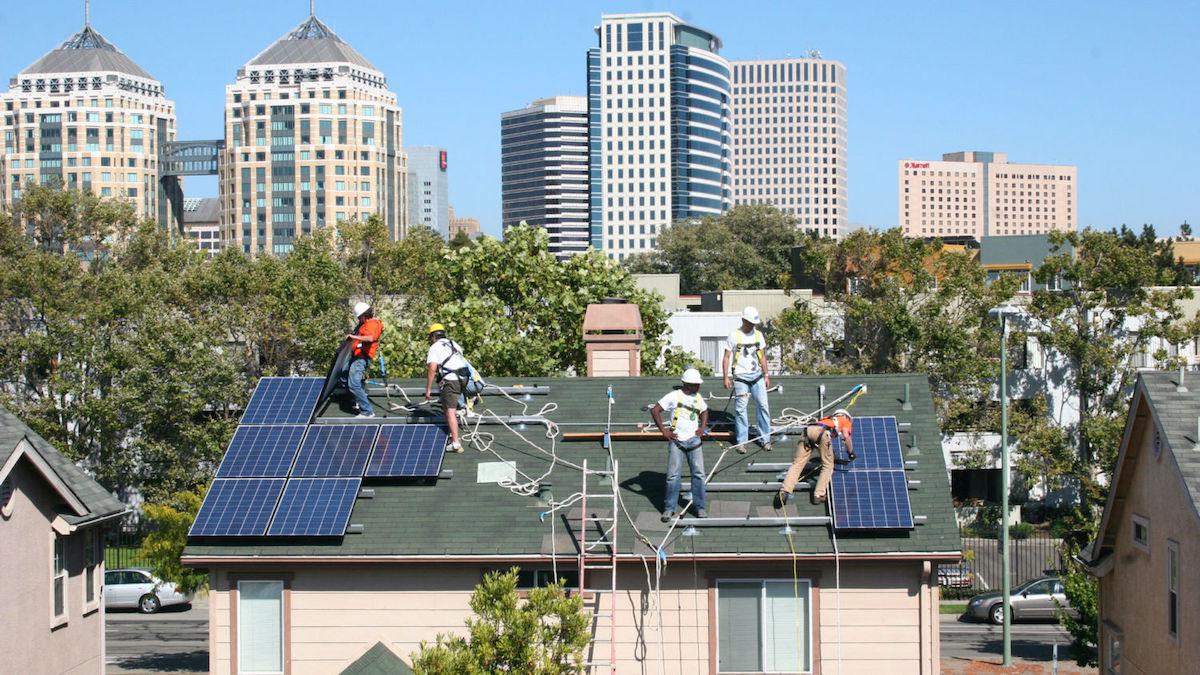 Until recently, rooftop solar panels were a clean energy technology that only wealthy Americans could afford. But prices have dropped, thanks mostly to falling costs for hardware, as well as price declines for installation and other “soft” costs.

Today hundreds of thousands of middle-class households across the U.S. are turning to solar power. But households with incomes below the median for their areas remain less likely to go solar. These low- and moderate-income households face several roadblocks to solar adoption, including cash constraints, low rates of home ownership and language barriers.

We found that three scenarios did: offering financial incentives to low- and moderate-income households; leasing solar panels to homeowners; and lending money to buy panels, with the loan repaid on property tax bills. All of these approaches resulted in people at a wider range of income levels trying solar energy.

Solar Power for Everyone

For over a decade our team at the Berkeley lab’s Electricity Markets and Policy group has kept tabs on trends in the rooftop solar market through our annual report, “Tracking the Sun.” It documents how prices have fallen, and the number of installations has risen in U.S. solar markets.

Over the past decade rooftop solar power has grown significantly in the U.S., spreading beyond initial hot spots in California and Hawaii to states such as North Carolina, Florida and New Jersey. The industry projects that rapid growth will continue for the foreseeable future. 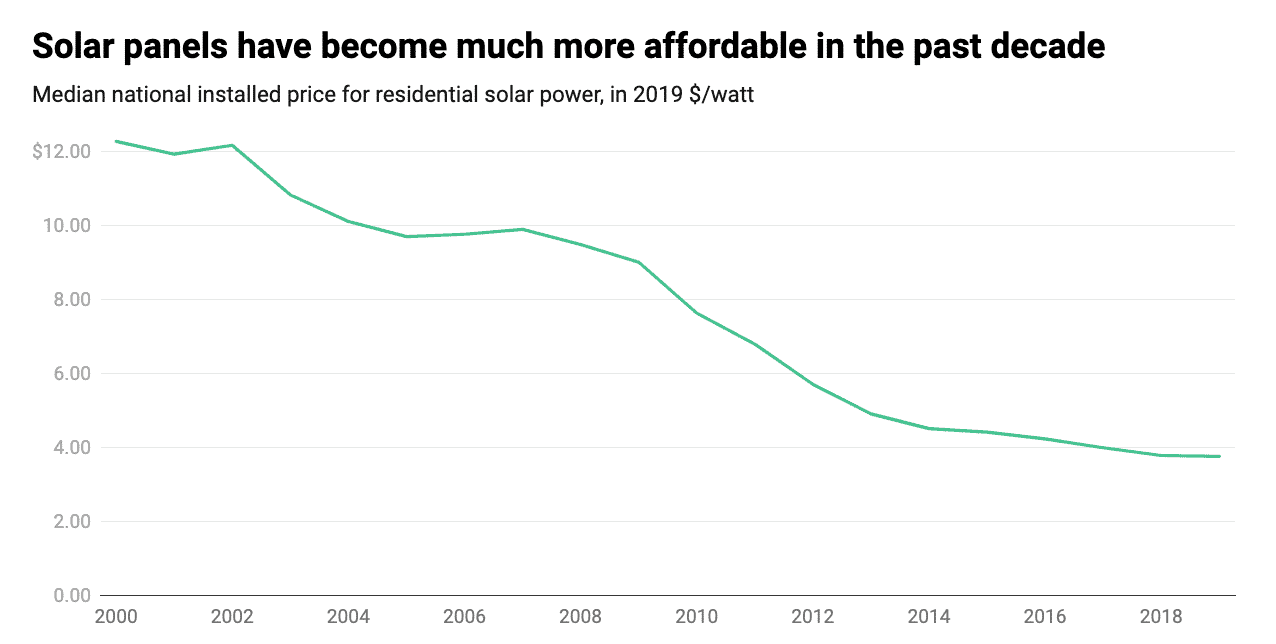 More recently our researchers have combined this tracking report with data on household-level demographics and income of solar adopters, covering more than 70% of the U.S. residential solar market. Among the research products we’ve created is an online interactive tool that shows the demographic characteristics of solar adoption down to the county level.

So far, 20 states are offering 38 programs to help lower-income customers go solar. California, the largest, has budgeted over US billion for such programs. A number of utilities and solar developers, like Posigen and GRID Alternatives, are also developing business models that work for all customers. These initiatives leverage state and federal incentives to deliver free or very low-cost solar to eligible households.

"Solar panels aren't just for rich people," he says. "They're for everybody." https://t.co/5pswwuMSTc

In our study we evaluated five policies and business models to see which ones helped low- and moderate-income households go solar:

We found that three of the interventions – targeted incentives, leasing and PACE – effectively increased adoption equity. These approaches are boosting sales to low-income customers in existing markets and helping solar companies move into new markets, such as low-income areas where solar sales have been weak or absent.

Policies that don’t address the needs and constraints of low-income households, like the federal income tax credit, have not had much effect on equity. And solarize campaigns are rarely pitched to low-income buyers.

An Untapped Customer Base

When solar expands into new markets and neighborhoods, it can have a spillover impact. If a system is installed in a neighborhood that had no solar before, neighbors who see it will be more likely to adopt it themselves. Moving into new markets may have greater potential effects on low-income adoption rates than reaching lower-income households in existing markets. 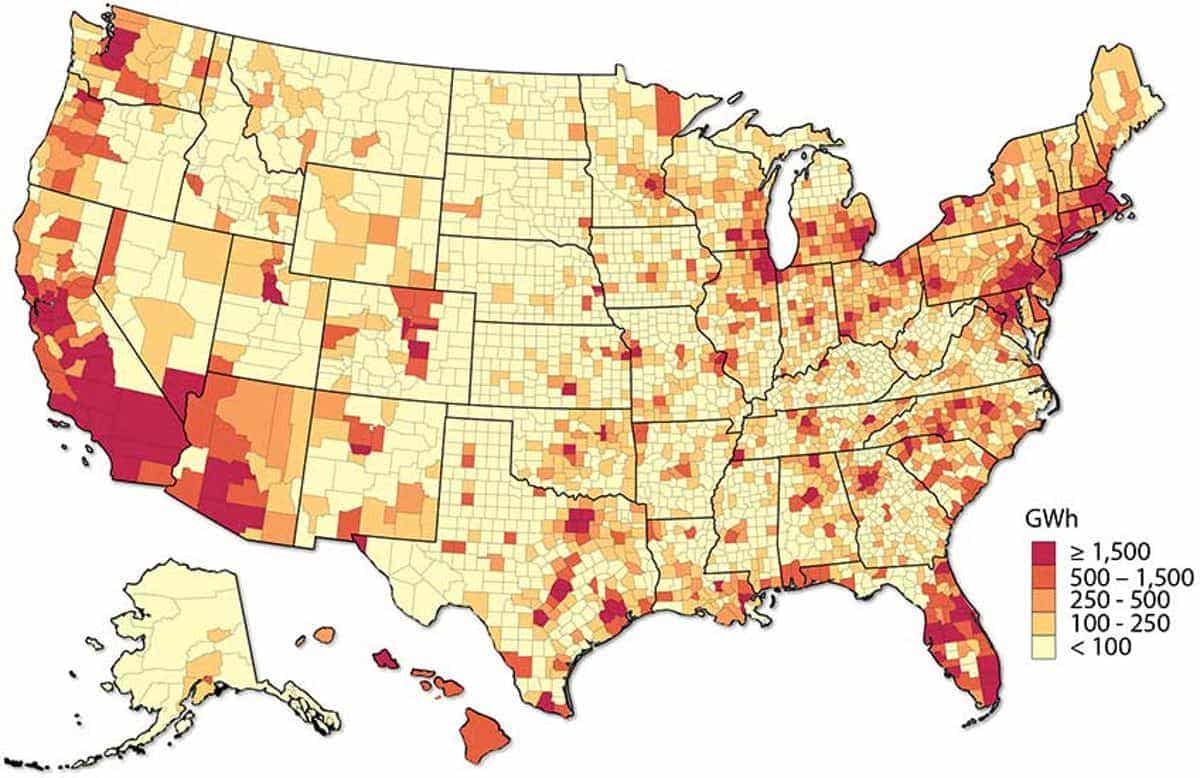 A 2018 study estimates that installing rooftop solar systems on low- and moderate-income housing could provide up to 42% of all rooftop technical potential in the residential sector and improve energy affordability in low-income communities. NREL

As the solar market grows, decisions to install solar systems are increasingly driven by the prospect of saving money, rather than strictly by green values or buyers’ interest in new technologies. A survey led by NREL found that roughly half of people who decided to install solar in California, New Jersey, New York and Arizona in 2014 to 2016 identified cost savings as a primary factor in their decision to adopt solar.

Making homes more energy efficient is an established strategy for cutting energy bills, but there’s growing interest in having solar play a role. Deploying solar power for low- and moderate-income households can be a way to fulfill policy and social goals like creating jobs and improving the environment.

The study described in this article was supported by the U.S. Department of Energy’s Solar Energy Technologies Office.

Disclosure statements: Eric O’Shaughnessy is a renewable energy research analyst at Clean Kilowatts, LLC. Ryan Wiser is a board member of the Clean Energy States Alliance. Galen Barbose does not work for, consult, own shares in or receive funding from any company or organization that would benefit from this article, and has disclosed no relevant affiliations beyond their academic appointment.