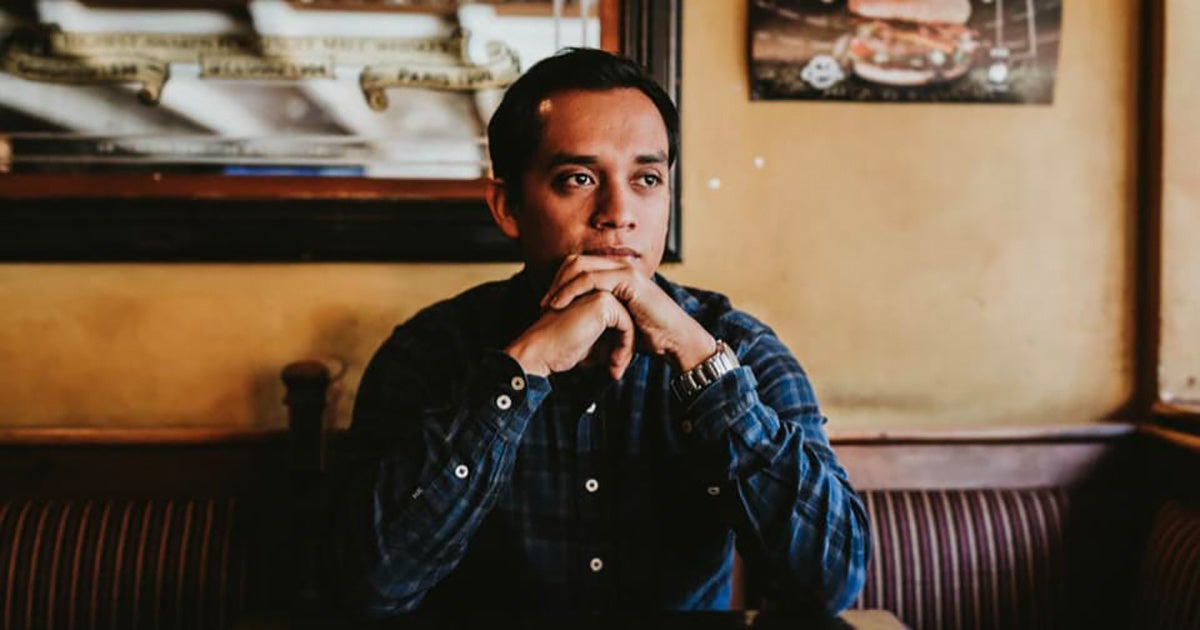 It has been a tough few months for climate change. In October, an international body of climate scientists declared humans have a little more than a decade to make the drastic changes needed to keep rising temperatures reasonably in check. In November, federal scientists released an equally grim assessment detailing the unprecedented floods, droughts and wildfires expected to hit the U.S. Then, this month, with the world ablaze, diplomats gathered in Poland to bicker over how much water each country should pour on their respective fires and, in some cases, whether scientists were exaggerating the size of the flames.

It’s bad, for sure, and worse than most people realize. Many scientists and advocates go to great lengths to keep sanguine about the carbon crisis, even when the news is certifiably grim, and this threatens to undermine public understanding of climate change. Too many spoonfuls of sugar blunt the effect of the medicine.

When asked about the bleak climate news of late, Al Gore admitted, “I have more than a few periods when I struggle with the difference between hope and despair,” before quickly adding that the work to stop climate change is “accelerating, for sure.” Gore, who has repeatedly made the case for optimism on climate change, has spoken about “the need to deliver the message that we’re winning. The hope is real. It’s not a forced smile.”

Emissions are rising and governments are stalling, but advocates remain relentlessly optimistic, anxiously pointing to the few rays of hope while staring into the abyss. Scientists, too, have warned against giving in to pessimism, as have a number of writers. Whenever the prospects for planet Earth start to look too dreary, the climate chorus chimes in on the need to stay upbeat.

This line of thinking derives from a relatively young and limited body of research into how people think about climate change, which has produced findings that are frequently overstated or misunderstood. Studies showing that people must feel empowered to act on climate change have been interpreted as a mandate for hope. The polling does not suggest there is a deficit of hope, however. If anything, Americans are not as worried as the science suggests they should be. Scientists, writers and advocates should not shy away from speaking honestly about climate change.

“I’m certain that most Americans would be a lot more worried about climate change if they understood even a small fraction of what has been projected by climate scientists in [recent reports]. As a public health professional (and as a human), I find the prospect of 3 or 4 degree C of global warming to be nothing short of terrifying,” Ed Maibach, director of the George Mason University Center for Climate Change Communication, said in an email. “Thus, we need to do a much better job of sharing what we know about the likely impacts of global warming, because people are not nearly as worried as the situation warrants.”

Despite the overwhelming evidence that Earth is headed for a planetary catastrophe, Americans just aren’t that bothered about climate change. Only around half have thought about it more than “a little,” according to research from Yale and George Mason University. Only around a third say it is personally important to them, and just one in five say they are “very worried” about it. Numbers like that suggest scientists and advocates have perhaps been too cheerful on climate change, too reluctant to speak to the catastrophe to come. 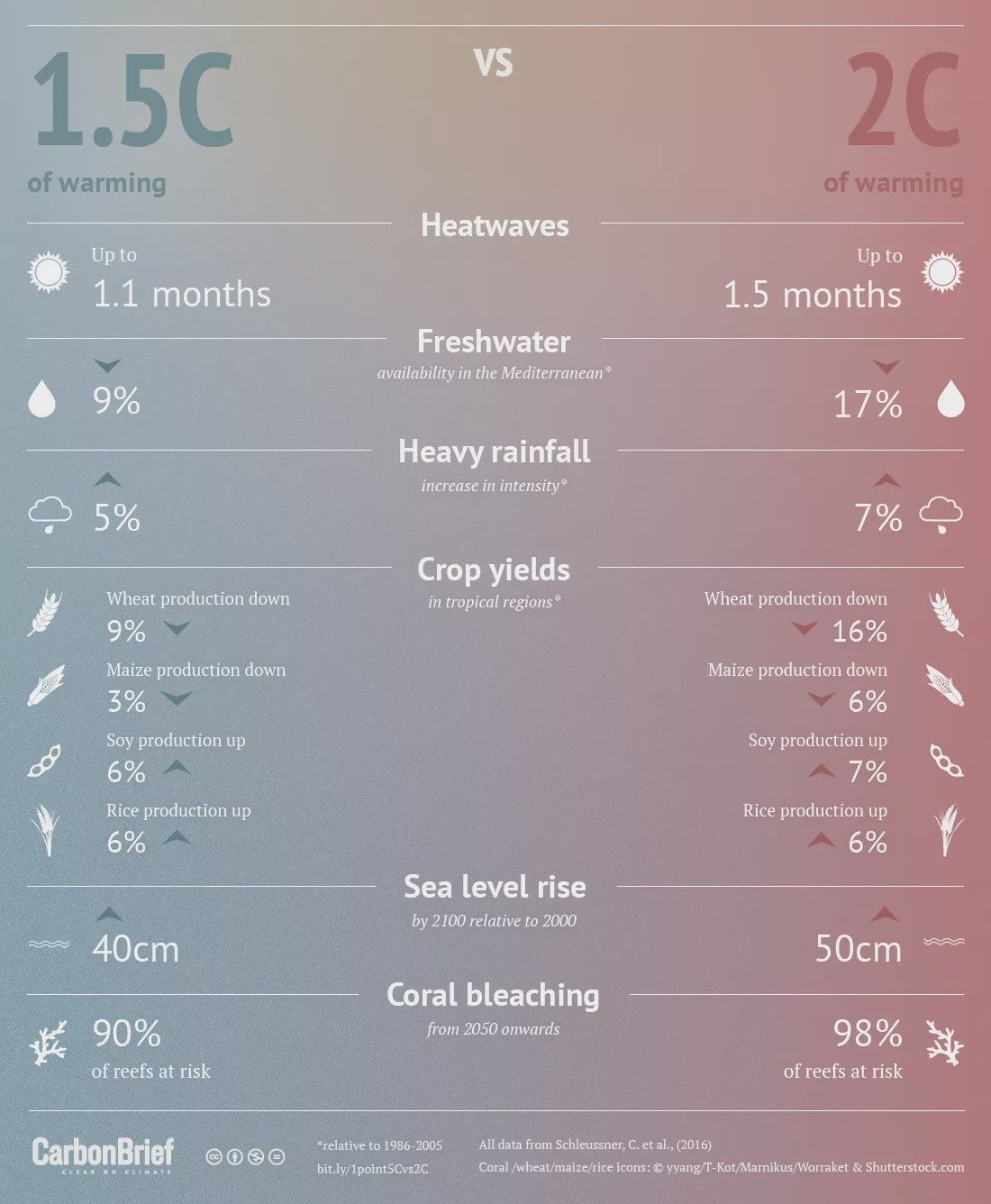 True, researchers have suggested that pessimism can lead to inaction. People who are less hopeful are less likely to take action. If one truly believes that climate change is a lost cause, then there is nothing left to do but party like it’s 1999—literally. But the findings are far from conclusive. “Our recently self-published analysis suggests that people who are more hopeful seem to be taking more action, but there has been relatively little research on this question,” Maibach said.

In many cases, fear can also be motivating. Studies show this is true even in the context of climate change, where gloomy messages can make people feel more concerned. Moreover, studies find that an especially rosy portrayal of climate change can leave people feeling too optimistic, too unlikely to take action. If people feel like everything will turn out alright, why bother getting off the couch?

This graph shows carbon pollution cuts necessary keep warming under 1.5 degrees C. Countries must cut emissions in half by 2030 and reach zero net emissions by 2050, at which point much of the remaining carbon dioxide must be scrubbed from the atmosphere.IPCC

As one pair of researchers asked, “Should we avoid telling what scientists have established as facts and reasonable outlooks about the seriousness, pace, and long-term commitment of climate change? Should we instead only discuss energy- and money-saving actions and convey pictures of hope by focusing on the easy actions, the ‘doability’ of mitigation? Should we perpetuate the idea that there are fifty ‘simple ways to save the planet,’ just to spare lay publics rather appropriate anxiety? Existing research suggests otherwise.”

This is not to say advocates should focus exclusively on scaring people instead of inspiring them. It would be naive to think about climate change communication in binary terms. In practice, people draw on a range of emotions, values and beliefs when processing information. In recent commentary on the role of emotion in climate change communication, researchers at the University of Massachusetts Amherst wrote, “The bifurcation between ‘go positive’ and ‘go negative’ simultaneously oversimplifies the rich base of research on emotion while overcomplicating the very real communications challenge advocates face by demanding that each message have the right ’emotional recipe’ to maximize effectiveness.” Emotions, they explain, “should be viewed as one element of a broader, authentic communications strategy rather than as a magic bullet designed to trigger one response or another.” 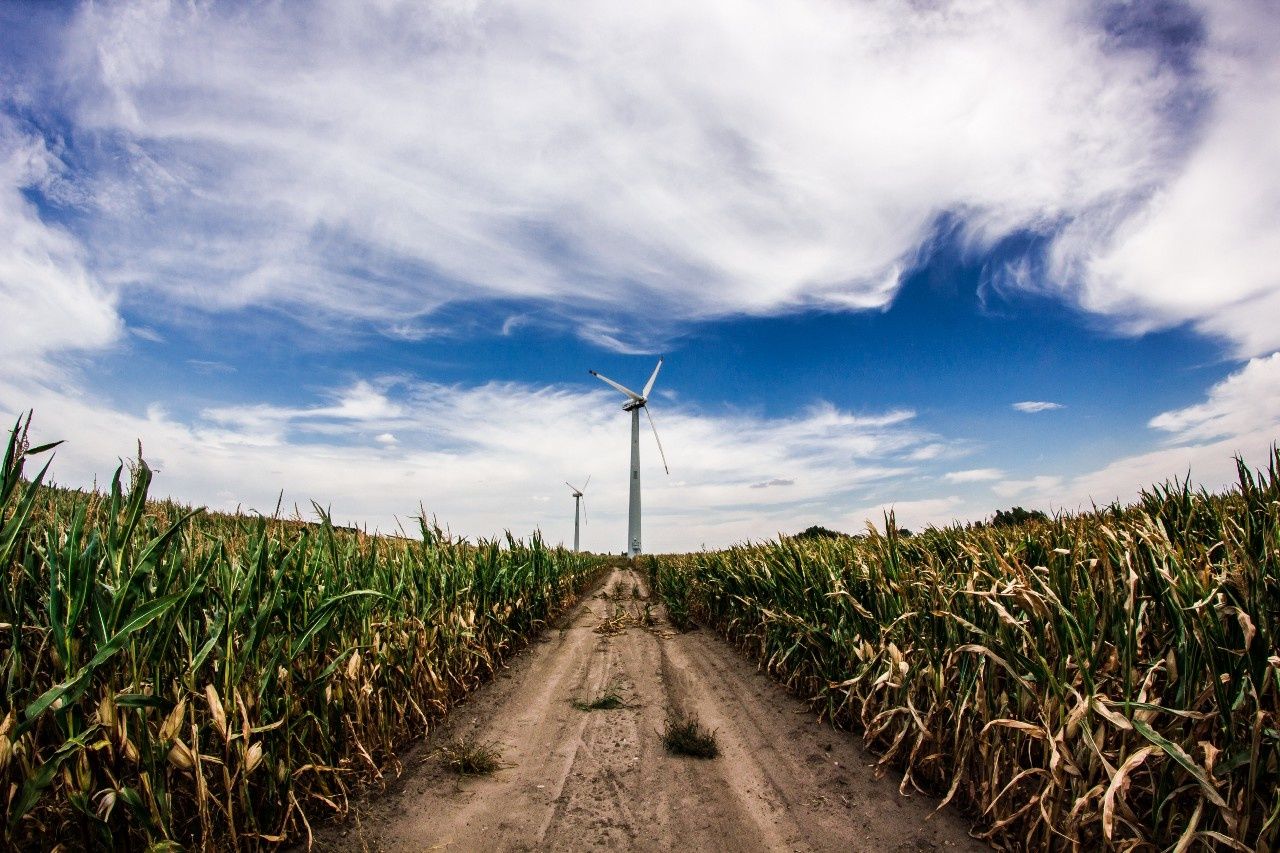 The problem, Maibach said, may not be a shortage of hope or a surplus of fear, but a deficit of knowledge. Most Americans don’t understand how bad climate change is or what humanity can do to stop it. As advocates explain the facts of a potentially world-ending dilemma, they must also describe specifically what can be done to address the problem. “It’s complicated, but not that complicated. We need to learn to walk and chew gum at the same time,” Maibach said.

“The people and organizations who don’t want America—and the world—to deal with the potentially catastrophic problem that we face tell us, over and over again, that it will cost us too much to address the problem, and it will create a future that is hardly worth living for — like living in the stone age again,” he said. “In reality, the exact opposite is true, but few people know it.” Dealing with climate change will be disruptive and difficult, but it will also create jobs and save lives. Rather than make vague allusions to “climate action,” advocates might do better to argue for specific policies that will achieve these goals. 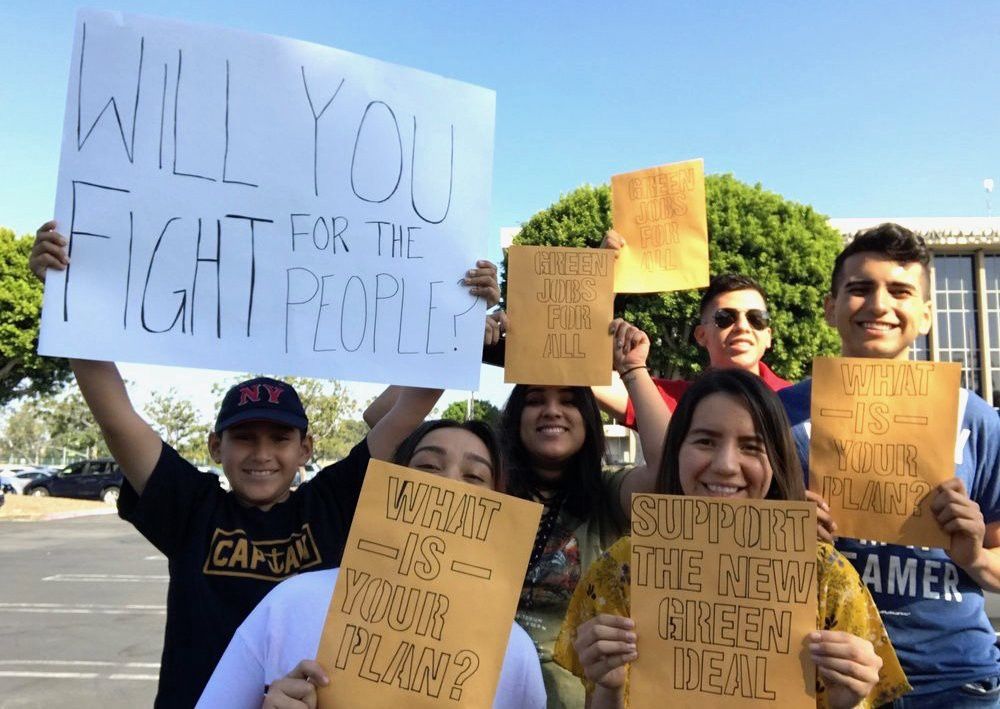 Ultimately, the idea that regular people can’t be told the full implications of climate change is condescending. Scientists, writers and advocates might consider that they go to work every day understanding the enormity of climate change, and yet they are able to do their jobs. The men and women who work on climate change are not made of tougher stuff, and they need not obscure the awful truth about the carbon crisis. People can take it. In fact, they’ll have to.

Perhaps what makes it possible for advocates to continue their work is not a surplus of hope or an absence of fear, but a sense of duty. They respond to their grief with a righteous anger, to their panic with bravery, to their desolation with solidarity. Climate scientist Kate Marvel made this point in her recent essay in On Being.

“As a climate scientist, I am often asked to talk about hope. Particularly in the current political climate, audiences want to be told that everything will be all right in the end,” she said. “I have no hope that these changes can be reversed. We are inevitably sending our children to live on an unfamiliar planet.” In the face of climate change, she said, “We need courage, not hope. Grief, after all, is the cost of being alive. We are all fated to live lives shot through with sadness, and are not worth less for it. Courage is the resolve to do well without the assurance of a happy ending.”