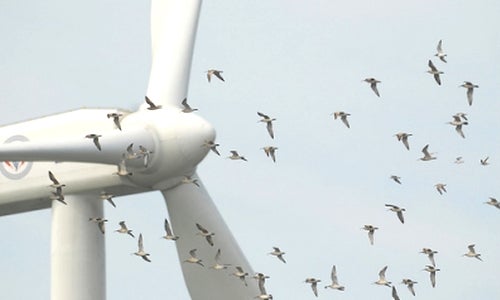 Groups like the American Bird Conservancy and Biodiversity Conservation Alliance are willing to be allies to wind energy, but only when they don’t believe that animals are at grave risk.

The two organizations voiced opposition this week to plans for a large wind facility in Wyoming that would include 1,000 turbines on an equal amount of private and federal properties. The Power Co. of Wyoming received initial approval from the U.S. Department of the Interior for the Chokecherry and Sierra Madre Wind Energy Project in 2012, but problems arose for the advocacy group when it learned that the wind farm operator filed an “eagle take” application, which, if approved, would protect Power Company of Wyoming LLC from responsibility for any eagle deaths caused by its turbines.

The groups say the 220,000-acre project could represent the first eagle take permit for a wind-energy facility. They lament the fact that it could be granted to a facility that would be capable of powering nearly 1 million homes. 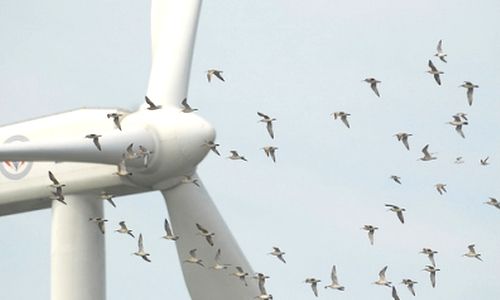 Photo credit: Save the Eagles International

The ABC and BCA voiced their concerns in a 15-page letter after they received a request for comment from the the federal Fish and Wildlife Service and the U.S. Bureau of Land Management (BLM), which oversees much of the property where the turbines could wind up. The ABC and BCA believe the farms could kill 46 to 64 golden eagles per year.

“ABC and BCA support the development of renewable energy resources such as wind, but it has to be done responsibly,” Dr. Michael Hutchins, national coordinator of ABC’s Bird Smart Wind Energy Campaign. “The serious gaps in data and key information surrounding both the project and the proposed permit make it impossible to conclude that appropriate protections for eagles are being followed under the Bald and Golden Eagle Protection Act.”

The Department of Interior plans on beginning an analysis of the Chokecherry permit in April, while the Sierra Madre portion’s analysis should be complete in July.

“Sufficient, definitive and long-term data simply does not exist to assure this colossal wind farm will not severely impact eagle and other bird populations in this important wildlife area,” BCA’s Wild Species program director Duane Short said. “In fact, the data that do exist suggests just the opposite—that significant impacts will occur.”

The groups would like to see a pilot program for the take permits with much smaller wind projects. Chokecherry and Sierra Madre are slated to generate 2,000 to 3,000 megawatts of energy.

The letter from the ABC and BCA also suggests that BLM should move turbine arrays away from rims and canyon walls, where raptors might gather.

“The proposed 50-meter setback is inadequate,” the groups wrote. “Eagle prey areas should also be avoided.”

The American Wind Energy Association previously estimated that less than 2 percent of human-caused eagle fatalities are caused by “modern wind facilities.” In December, the U.S. Department of Interior extended the 2009 eagle permitting rule from five years to 30 years.