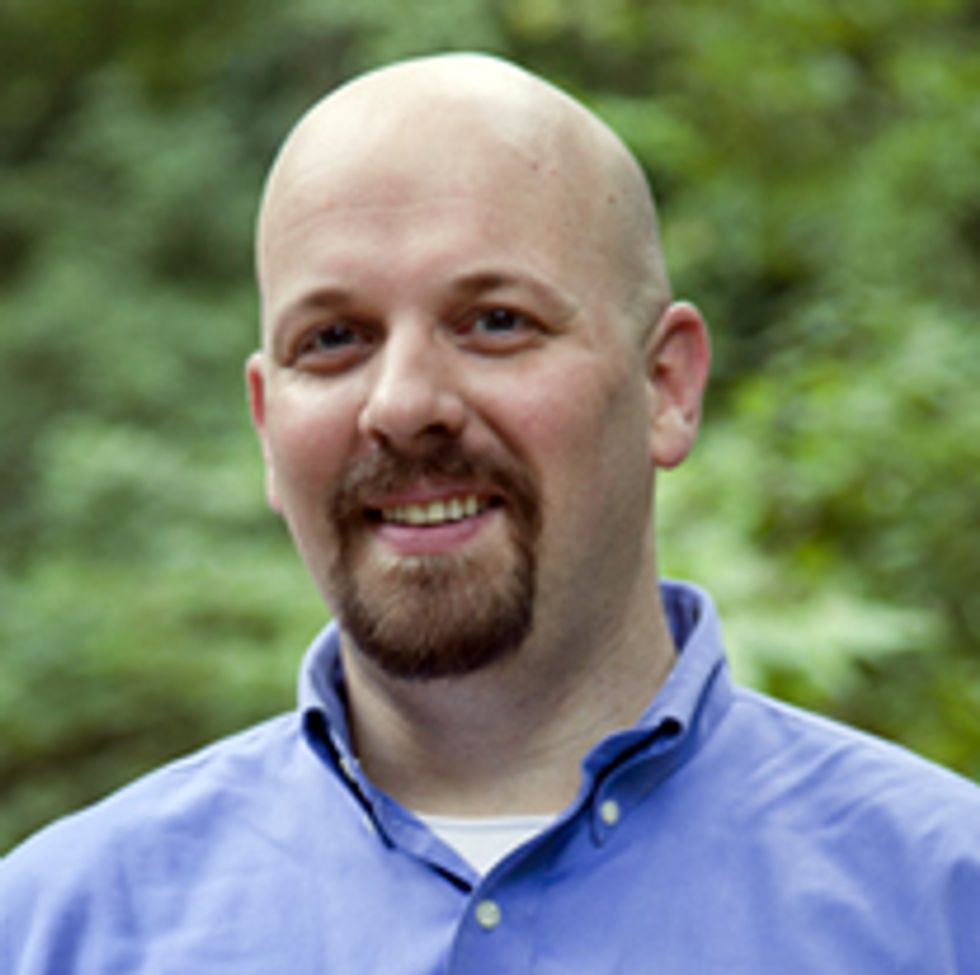 Wendy Abrams is the founder of Cool Globes, Inc., a nonprofit organization dedicated to raising awareness of climate change.

Using the venues of public art and public education, the inaugural “Cool Globes: Hot Ideas for a Cooler Planet” exhibit premiered in Chicago in June 2007 with more than 3 million viewers. Since then, Cool Globes went on to tour across the U.S., Europe and South America. Abrams serves on the National Council of Environmental Defense Fund. She is a Trustee for Waterkeeper Alliance and on the Board of Trustees at The Field Museum of Natural History in Chicago.

As environmental issues become more pressing, there are two possible responses: forget it and hope that government and corporations will figure it out, or take action yourself.

In the “take action yourself” camp, a few individuals are leading the way.  One such person in California is Ed Begley, Jr.

Turning up at Hollywood events on his bicycle, Ed has been considered an environmental leader in the Hollywood community for many years. He serves on the boards of The Coalition For Clean Air, The Thoreau Institute and the advisory board of the Union Of Concerned Scientists, among many others.

The Washington Post calls Lester Brown "one of the world's most influential thinkers." The Telegraph of Calcutta refers to him as “the guru of the environmental movement.” In 1986, the Library of Congress requested his personal papers noting that his writings “have already strongly affected thinking about problems of world population and resources.”

Brown started his career as a farmer, growing tomatoes in southern New Jersey with his youngerbrother during high school and college. Shortly after earning a degree in agricultural sciencefrom Rutgers University in 1955, he spent six months living in rural India where he becameintimately familiar with the food/population issue. In 1959 Brown joined the U.S. Department of Agriculture's Foreign Agricultural Service as an international agricultural analyst.

A National Geographic “Emerging Explorer,” filmmaker and globally recognized advocate on water issues, Alexandra Cousteau continues the work of her renowned grandfather Jacques-Yves Cousteau and her father Philippe Cousteau, Sr. She has mastered the remarkable storytelling tradition handed down to her and has the unique ability to inspire audiences on the often the weighty issues of policy, politics and action. Alexandra is dedicated to advocating the importance of conservation and sustainable management of water in order to preserve a healthy planet. Her global initiatives seek to inspire and empower individuals to protect not only the ocean and its inhabitants, but also the human communities that rely on freshwater resources.

In 2008, explorer, filmmaker and global water advocate Alexandra Cousteau launched the non-profit Blue Legacy project to “help people understand and value their everyday relationship with water.” The organization produces visual and interactive storytelling inspired by expeditions around the globe to engage people in critical conversations about the health, quality and quantity of our water resources.

Paul Hawken is an environmentalist, entrepreneur, and author. His work includes starting ecological businesses, writing about the impact of commerce on living systems, and consulting with heads of state and CEOs on economic development, industrial ecology, and environmental policy. He has appeared on numerous media including the Today Show, Larry King, Talk of the Nation, Charlie Rose, and has been profiled or featured in hundreds of articles including the Wall Street Journal, Newsweek, Washington Post, Business Week, Esquire, and US News and World Report. His writings have appeared in the Harvard Business Review, Resurgence, New Statesman, Inc, Boston Globe, Christian Science Monitor, Mother Jones, Utne Reader, Orion, and many other publications.

As the former executive director of Greenpeace, Phil Radford was at the helm of one of the largest and most influential environmental groups in the country. Radford led a national team of 500 highly-skilled environmental leaders working on national and international campaigns to protect our planet’s oceans, forests and climate.

Radford began his environmental career organizing to shut down incinerators near his family home in Oak Park, Illinois, just outside of Chicago. Soon after, he found himself fundraising locally for environmental issues. With his roots in local organizing and fundraising, Radford has always specialized in mobilizing people to raise their voices for the planet.

Prior to taking on his current role, Radford worked as Greenpeace’s Grassroots Director for six years. As director he built what has now become a thriving and strategic grassroots program, including...

She is chairperson of the Captain Planet Foundation and Zero Waste Zone, and co-founder of Mothers and Others for Clean Air and the Upper Chattahoochee Riverkeeper.