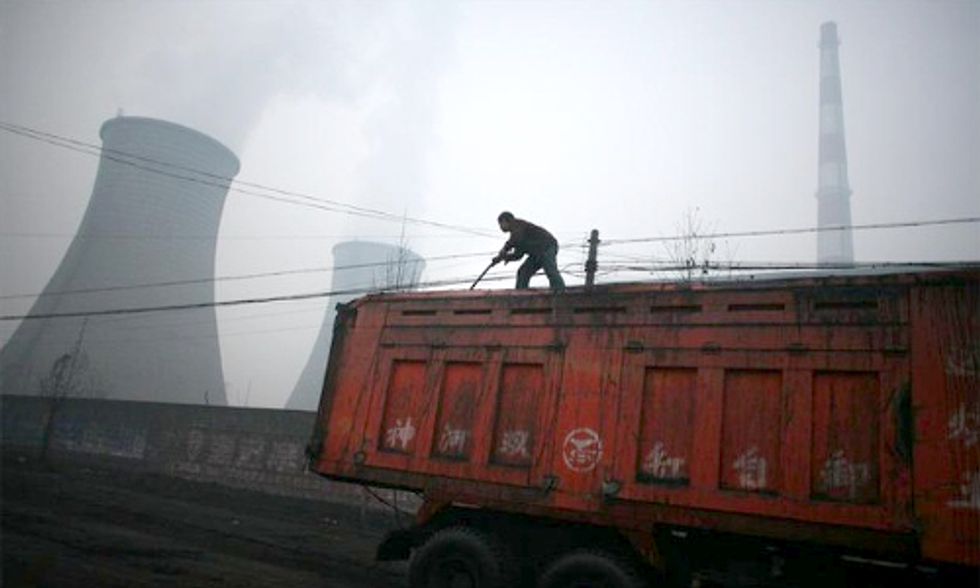 Tuesday began with optimism after another global power announced that it would place a limit on carbon dioxide emissions.

On the heels of President Barack Obama's proposal to cut emissions by 30 percent from 2005 levels, a high-level adviser to the Chinese government said his nation would be next to put a cap on power plant emissions.

"The government will use two ways to control [carbon dioxide] emissions in the next five-year plan, by intensity and an absolute cap," He Jiankun, chairman of China's Advisory Committee on Climate Change, said at a conference in Beijing, according to Reuters.

China's next five-year plan begins in 2016. The news would have been the type of momentum officials and climate activists hoped for heading into Wednesday's global climate talks in Germany. The only problem? It remains unclear if it's actually true.

By the the time He spoke again, the adviser downplayed the news he broken earlier.

"What I said today was my personal view," He said. "The opinions expressed at the workshop were only meant for academic studies. What I said does not represent the Chinese government or any organization."

China rose above the U.S. eight years ago to become the world's largest polluter. Many believe the two nations can lead by example and give the world a chance to stave off warming.

"The China-U.S. one is a key trust relationship [in climate talks] and if they are rising above that it sends a very powerful signal to the rest of the world to get serious," John Connor, CEO of  The Climate Institute, said.

China's possible cap isn't quite as historic as the U.S. announcement because it would not be the first time the country announced a limit. That came in 2009 when Chinese leaders pledged to cut emissions by 40-to-45 percent by 2020, though some global leaders viewed that as a modest target. It was also set relative to the growth of the nation's economy, so the need for a more aggressive target exists five years later.

With the agreement of a global climate treaty in Paris a year and a half away, Frank Jotzo, a lead author on the fifth assessment report from the IPCC and an expert on the economics and climate change policy for the Australian National University, believes the world is in a better spot to fight climate change than it was before the 2009 summit in Copenhagen, Denmark, where China's previous target was announced.

Still, Jotzo said the mystery of He's announcement and its lack of specificity should be a cause to temper expectations. He had a similar feeling for Obama's plan for the U.S., according to comments to The Guardian.

“The announcement of intent of an absolute target doesn’t tell us anything substantive," Jotzo said of China. "[Regarding the U.S.] we have a policy for the electricity sector, but not an overall national number.”

“The signal He Jiankun delivered, if it does represent the government view, is a positive note. But we need to see a number and we need some clarification,” he said. “The key battle we lost with the energy cap [of 2011] is that it’s aspirational and not attached to administrative consequences.

"That makes the seriousness of the target questionable.”