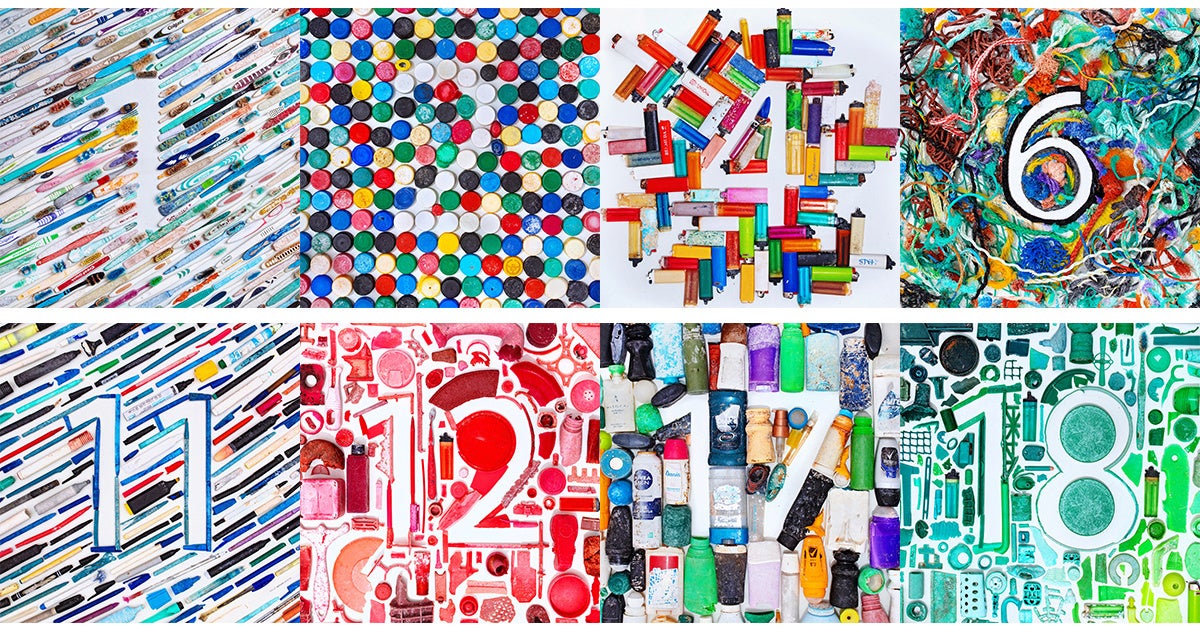 At least eight million tons of plastic ends up in the world’s oceans every year, and some of it washes up on the beautiful pink-sand beaches of Bermuda. But one inventive artist has found a way to turn this tragedy into a unique and educational take on the traditional Advent calendar, CNN reported.

Every day this December, travel photographer Meredith Andrews has been using her Instagram to add a new page to her “Adventgram.” Each page photographs a collection of artfully arranged plastic items Andrews has found.

“I’m just trying to say that this is all of our problem. We are choking in plastic. We are drowning in plastic,” Andrews told CNN. “Killing our ocean and choking our ocean with plastic is going to have such a detrimental effect on everyone on the planet.”

Andrews focuses on a specific category of trash each day, and offers viewers suggestions for how they can stop more of that item from ending up in the sea. December 1, for example, focused on toothbrushes.

“Roughly 3.5 billion toothbrushes are sold each year and in the US alone that equates to 50 million pounds of waste,” Andrews wrote. “Think about making the change to a toothbrush made of bamboo.”

Andrews explained her process to CNN.

“I think about what I have, what I’ve done the day before, what message I want to express and actually in a way I sort of let the trash guide me,” she said.

December 20th’s entry on plastic toys doubles as a last-minute shopping suggestion for anyone with children in their life.

This isn’t the first time Andrews has used her artistic skills to raise awareness about ocean plastic pollution, as a scroll through her Twitter and Instagram feeds shows. On the Fourth of July, she tweeted an American flag made from plastic, with the message, “Now just don’t forget to clean up after yourselves.”

Her piece “The Rainbow Connection” was featured in an exhibit of trash art organized by the litter-cleanup group Keep Bermuda Beautiful this summer, The Royal Gazette reported.

Andrews has done Adventgrams in previous years too, using found objects to shape numbers, but this year is the first year she has focused on using beach trash to count down the days till Christmas.