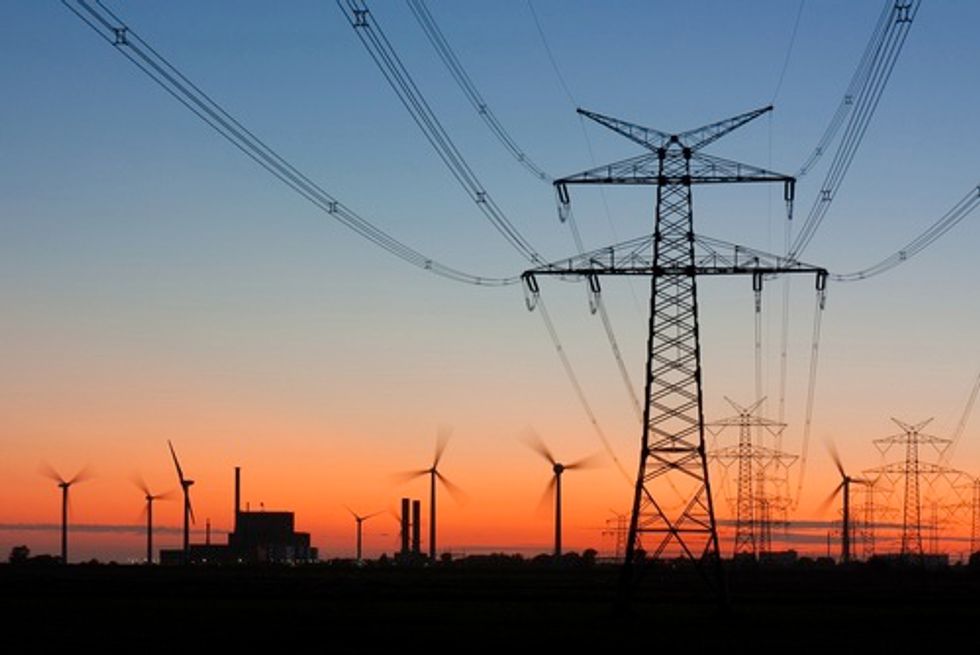 Americans for a Clean Energy Grid

Adding more wind power to the grid in the PJM region—Mid-Atlantic power pool consisting of 13 states and Washington, DC—can lower gas and coal consumption and reduce regional wholesale energy market prices, saving nearly $7 billion per year by the mid-2020s, according to a new study conducted by Synapse Energy Economics on behalf of Americans for a Clean Energy Grid (ACEG).

The report found that doubling the wind generation already planned in the region would lower fuel costs and drive down prices by $1.74 per megawatt hour (MWh) in the largest wholesale competitive energy market in the world. The savings also extend into the regions interconnected with PJM.

The study analyzed two scenarios relative to a baseline. In the first, additional wind power came from within the PJM region. In the second, some additional wind power is tapped within PJM, and some is imported from the windier Midwest region adjacent to PJM known as the Midwest ISO (MISO).

In both cases, the cost of the incremental transmission capacity necessary for doubling the amount of wind power on the grid is small compared with the net benefits that would be provided. Both showed net savings of close to $7 billion in 2026, resulting from the fact wind power replaces dirty and inefficient fossil fuel plants and drives down electricity prices. Once wind turbines are in place, the cost of generation is reduced and stable.

Consumers would reap net savings throughout the study period, which focused on 2021-2026. Achieving twice as much wind power on the region’s grid would require little additional investment beyond what is currently planned between now and 2020, as the region is already set to build new infrastructure and increase wind generation over the next 7 years. Between 2021 and 2026, savings begin to accrue immediately with roughly $1 billion saved in the first year, due to a nearly 2:1 ratio of savings to investment.

“Consumers save when more wind is installed on the grid because wind costs and performance have improved significantly over the last decade; displacing more expensive fossil-generated electricity is both an emissions and an economic winner,” said report author Bob Fagan, Synapse Energy Economics.

“These standards are the policies of most of the states in the PJM region seeking to diversify their energy portfolios with clean energy resources and boost economic development by attracting substantial investment in new clean generating resources.”

The PJM study builds on the growing body of literature pointing to the fact that more renewable energy generation means savings for regional economies. Synapse authored a similar report last year looking at the impact of adding more wind to the grid in the MISO region, which includes much of the Midwest.

The case is clear: higher rates of wind generation means lower electricity bills. With environmental savings on top of massive benefits for ratepayers that have been demonstrated in multiple regions across the nation, creating a clean energy future also means creating a less expensive one—in terms of dollars and environmental costs.

The study, The Net Benefit of Increased Wind Power in PJM, evaluated various generation and transmission build-outs in the PJM region. PJM is the largest wholesale electricity market in the world, comprising some or all of 13 states (Delaware, Illinois, Indiana, Kentucky, Maryland, Michigan, New Jersey, North Carolina, Ohio, Pennsylvania, Tennessee, Virginia and West Virginia) and Washington, DC. The size and electricity consumption within the region further compounds the impact of the study.

The analysis indicates that the impact of introducing higher levels of wind onto the grid would cut fossil fuel consumption significantly and depress the average annual market price, relative to the baseline case of no additional wind generation beyond what is required by current renewable portfolio standards passed by states in PJM. The grid and wind build out that is expected as a result of these standards leads the study to show no difference in cost or savings in the high wind scenario through 2020—that is to say, in order to double wind power relative to the baseline by 2026, no additional investment in wind needs to be made until 2021.

Grid investments are already being made in the PJM region to accommodate retirements of fossil fuel generation facilities. This reality benefits projected higher wind scenario in two ways: first, it lessens the amount of transmission investment needed to accommodate more wind, and secondly it creates additional capacity on the grid for renewable energy.

“Transmission is a key piece of the scenarios studied in this report," said Jim Hoecker, counsel and advisor to WIRES and a former chairman of the Federal Energy Regulatory Commission. “Without even considering the multiple other benefits of strengthening the grid, the report makes a persuasive case that major increases in wind energy and the transmission needed to bring it to market is a highly economic proposition that regional planners should not ignore.”

As with most energy studies projecting results more than a decade out, the Synapse analysis assumes a price on carbon would be in place in 2026, in this case a conservative $30 per ton. However, the fundamental results of the study are not changed by this assumption: regional customers would still reap $2.6 billion in annual savings in 2026 even if no carbon policy is adopted between now and then. The savings remain because of the fossil fuel displacement and market price effects that low cost wind power brings to a competitive energy market.

Hanako, a female Asian elephant, lived in a tiny concrete enclosure at Japan's Inokashira Park Zoo for more than 60 years, often in chains, with no stimulation. In the wild, elephants live in herds, with close family ties. Hanako was solitary for the last decade of her life.