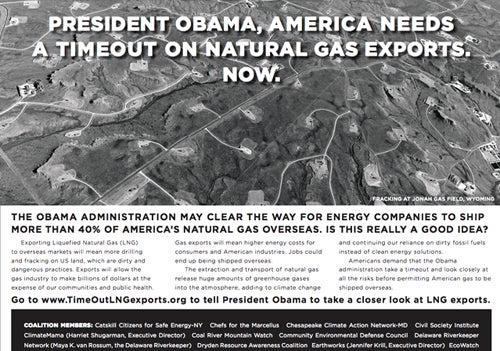 In a half-page ad today in The New York Times, more than 40 groups and high-profile individuals calll on President Obama to take a “time out” in the headlong run to export more than 40 percent of America’s natural gas for use by other nations. 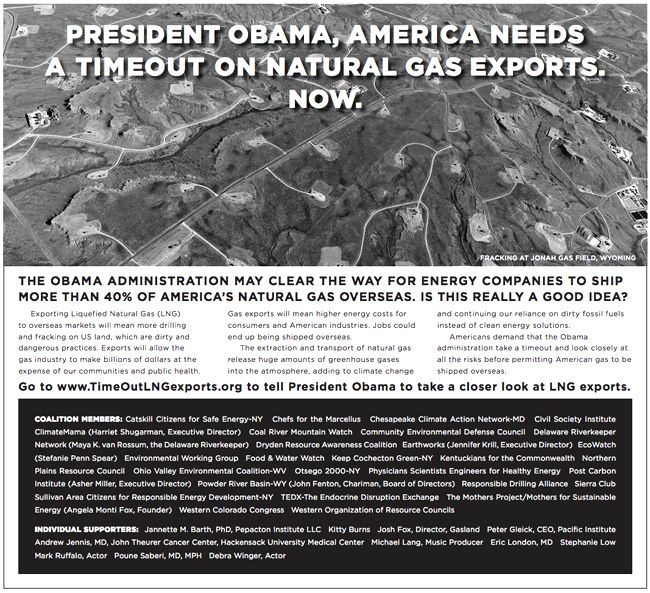 Exporting Liquefied Natural Gas (LNG) to overseas markets will mean more drilling and fracking on U.S. land, which are dirty and dangerous practices. Exports will allow the  gas industry to make billions of dollars at the  expense of our communities and public health. Gas exports will mean higher energy costs for consumers and American industries. Jobs could end up being shipped overseas.

The extraction and transport of natural gas release huge amounts of greenhouse gases into the atmosphere, adding to climate change and continuing our reliance on dirty fossil fuels instead of clean energy solutions.

Americans demand that the Obama administration take a timeout and look closely at all the risks before permitting American gas to be  shipped overseas.