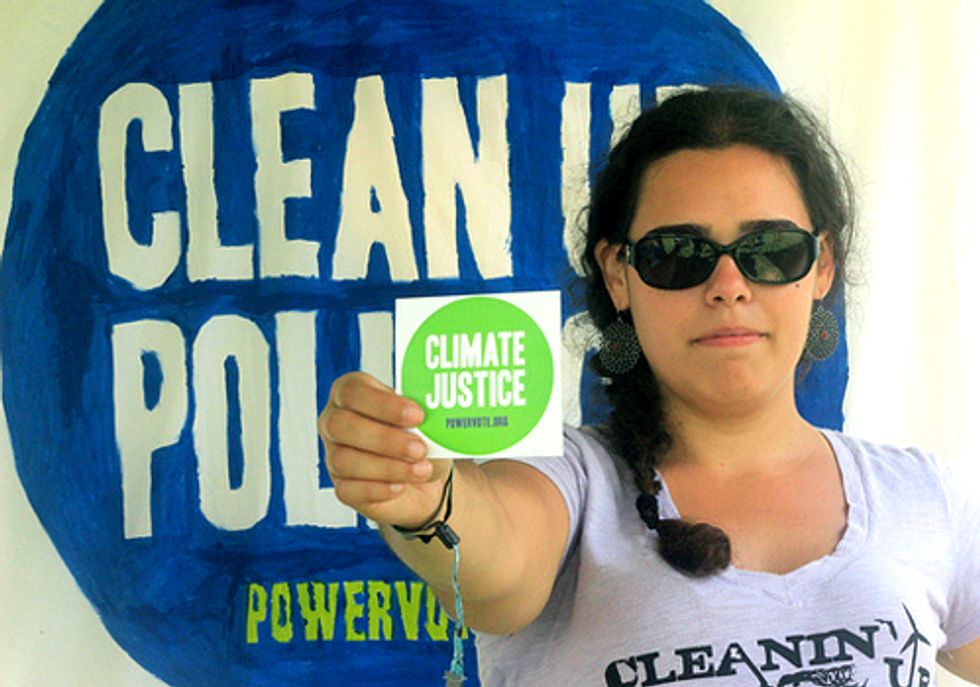 Over the weekend, musicians and activists joined together at Bonnaroo to launch Power Vote, a national campaign to turn out young voters in key states to demand candidates stand up for clean energy and stop taking money from the fossil fuel industry. The Power Vote campaign will include coordinated days of action, voter registration, and get-out-the-vote activities in cities and campuses across eight states: FL, PA, MI, OH, NC, MD, TX and CA.  Bands participating will encourage their fans to help organize and turn out the youth vote.

“Big Oil and the 1% are trying to hijack our elections by spending millions of dollars, but we are fighting back,” said Whit Jones, Campaign Director of Energy Action Coalition.  “Hand in hand with musicians across the country, we’re mobilizing hundreds of thousands of youth voters to stand up to big polluters and their dirty money and demand 100% clean and renewable energy.”

More than 2,000 young Bonnaroo attendees signed the Power Vote pledge over the weekend to participate in coordinated days of action, voter registration, and voter turnout leading up to the election.

In 2008, Power Vote turned out more than 350,000 youth climate voters in key districts across the country. The campaign plans to escalate its efforts this year along with dozens of partner organizations ranging from community-based environmental justice organizations and regional youth networks like the Southern Energy Network to national environmental and voter registration organizations.

Power Vote is a non-partisan youth vote campaign of the Energy Action Coalition to mobilize record numbers of youth voters for clean energy.

Energy Action Coalition is a coalition of 50 youth-led environmental and social justice groups working together to build the youth clean energy and climate movement. Working with hundreds of campus and youth groups, dozens of youth networks, and hundreds of thousands of young people, Energy Action Coalition and its partners have united a burgeoning movement behind winning local victories and coordinating on the state, regional, and national levels in the U.S. and Canada.