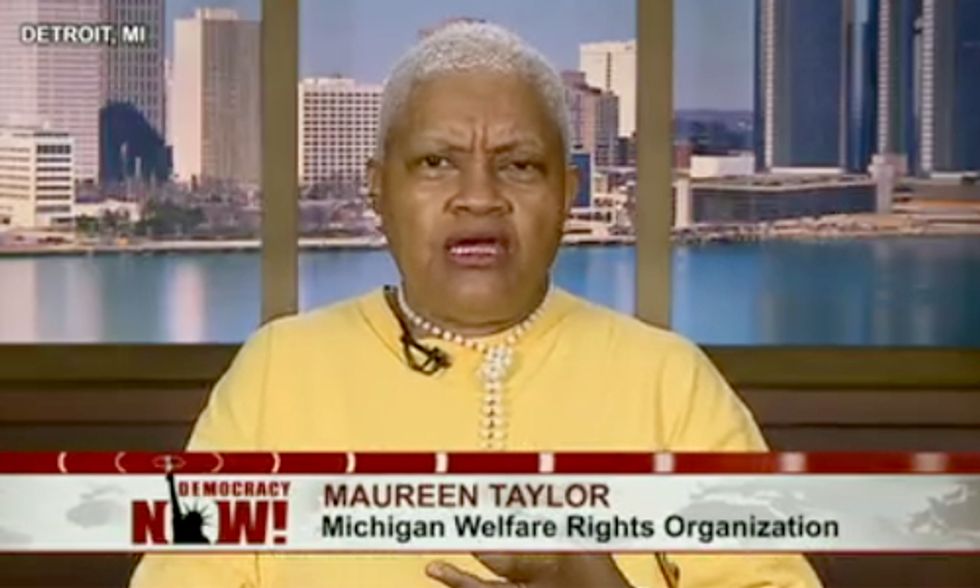 Water shutoffs in Detroit have commenced, but activists aren't so sure that unpaid bills are the city's only concern.

Many, like the Michigan Welfare Rights Organization, say the city is actively trying to privatize the Detroit Water and Sewerage Department (DWSD). That's why they appealed to the United Nations to restore water services and stop further cut-offs.

So far, the DWSD says half of its 323,000 accounts are delinquent and has begun turning off the taps of those who do not pay bills that total above $150 or that are 60 days late. Since March, up to 3,000 account holders have had their water cut off every week.

Maureen Taylor, state chair of the Michigan Welfare Rights Organization and Meera Karunananthan, international water campaigner for the Blue Planet Project, appeared on Democracy Now! to discuss the shutoffs and what they believe are the true reasons they are taking place. Karunananthan's group was among those that submitted the report to the UN. The portion on the shutoffs begins at the 47:55 mark.