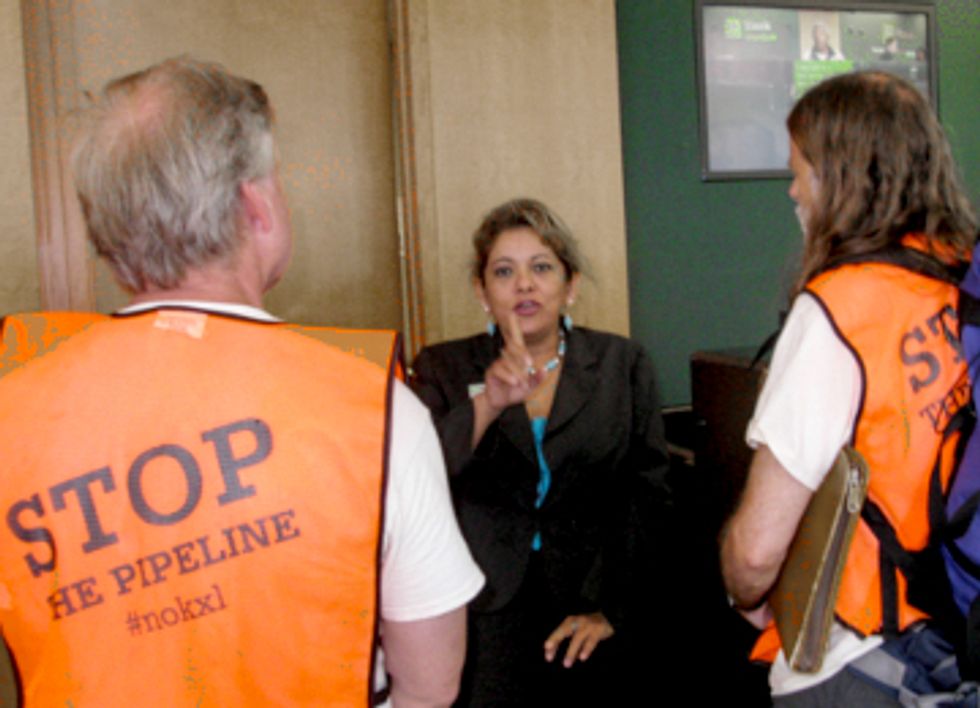 On Saturday activists from Climate First! entered, in succession and without incident, two TD Bank branches in Washington, DC, attempting to initiate discussions with the bank about its investments in the Keystone XL pipeline.

The action was taken one day after a TD Bank press release was issued—later discovered to be a clever prank by the environmental group, Tar Sands Blockade. The fake press release announced that the bank intended to sell all of its shares in TransCanada, the company seeking to build the pipeline in the U.S., due to the stock’s financial risk, as well as the beating that the bank’s “green” reputation has been receiving. Activists were surprised that neither bank manager showed any reluctance to speak with them.

The TD Bank manager asks activists with signs and cameras to leave the building.

Ted Conwell and Brian Higgins of Climate First! conversed with both employees, asking why TD Bank had invested in carbon intensive fuels that many experts say could lead to climate instability if they all were burned for energy. Predictably, both managers responded that they were not authorized to speak on behalf of the bank regarding such matters, but would provide contact information for individuals who could respond. Climate First! will attempt to contact these individuals early this week in an effort to further the discussion.

Outside the bank, activists spread the word to customers and passersby.