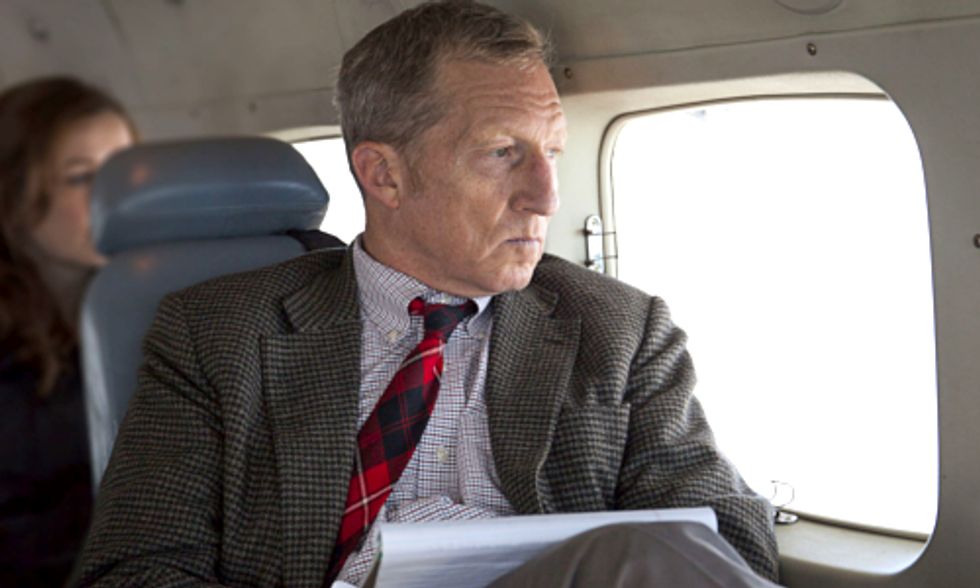 Alongside his political action committee, NextGen Climate, the billionaire environmentalist and Democrat on Wednesday announced plans to spend big on seven election races this November, with hopes to elect senators and governors around the country who are dedicated to combating climate change. He will spend at least $50 million supporting such candidates, while also fundraising another $50 million from other donors.

Tom Steyer is ready to put his money where is mouth is in anticipation of pivotal midterm races across the country. Photo credit: NextGen Climate

“The debate on climate change is settled: It is here, it is human-caused and it is already having a devastating impact on our communities, but we need to accelerate the level of political support to address this critical issue before it’s too late,” said Steyer, who founded NextGen in 2013. “This means making politicians feel the heat—in their campaign coffers and at the polls.”

Here are the races Steyer is targeting and why, as described by NextGen:

NextGen says it will use climate change as a "wedge issue" to inspire voter turnout while exposing why climate deniers would make poor leaders and legislators.

“This is the year, in our view, where we are able to demonstrate you can use climate—if you do it well and in a smart way—as a wedge issue to win in political races,” Chris Lehane, a Democratic strategist known as Steyer's right-hand man, told a group of reporters on Wednesday, according to The Hill. “The side that does a better job of changing or expanding the voter pool is the side that has the competitive advantage.”

Lehane said NextGen's strategy will be heavy on data and localizing issues, while NextGen's statement says an "all-star political team" will be on deck to drive home the message. For instance, if flood insurance rates have gone up in an area impacted by climate change, potential voters will hear about it. The same goes for health issues brought on by fracking and drilling.

While Steyer spent about $8 million on last year's Virginia  gubernatorial race to successfully land Terry McAuliffe in office, NextGen realizes climate denying candidates and their funders will be tough to take down.

"We are never going to have as much money, but all we need is enough for David’s slingshot is to fire through," Lehane said, "and to fire fast and to fire quick to be able to reach the big oil Goliath.”