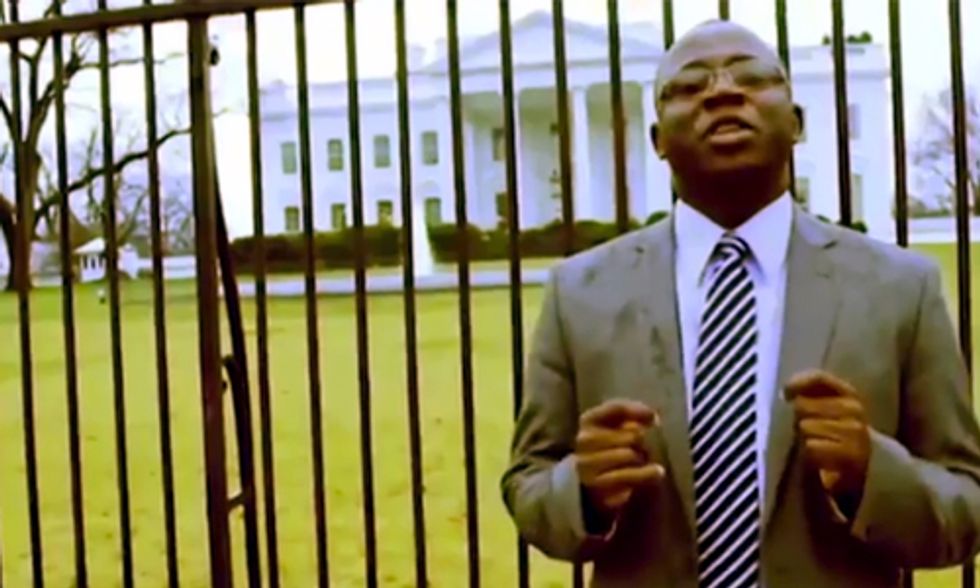 [Editor's note: This video was submitted to the Action4Climate Video Competition. Vote for your favorite video today.]

In just five short days, my Montgomery College sociology classmates and I made a video to promote awareness about climate change. Our inspirational professor, Dr. Leszek Sibilski, embedded this question in us: "How are you going to shape society?"

Unable to understand at the time what he meant by this, I ignored it. Now, looking back on what my classmates and I accomplished in the span of just two weeks, I understand what he meant. "You have the power to change the world" he told us, and I now believe him. So, as a class of about 30 students, we ventured out of our comfort zones to unite and do something meaningful.

I, like most of my classmates, was unprepared for the first day of filming. The extracurricular journey we were about to embark on was right in front of us, yet most of us didn't do anything to get ready for it. I thought, "It won't be hard. We just have to point a camera and talk, right?" I was wrong. After several people blurted out "Shit!" and "Wait, can I redo that?" while filming, I knew we were in for a long ride.

There was uproarious laughter that took over the room each time someone stuttered or didn't make sense, which came about every two minutes. We definitely had a lot of work to do.

During the second day of filming, we were fortunate enough to have a field trip to the World Bank. One by one, each student arrived in business attire. After going through security, we heard a wonderful presentation by Angelica Silvero, head of the World Bank speakers bureau, about how the World Bank is fighting to end poverty. She also enlightened us about some of the issues associated with climate change. It was something that really resonated with me. After we finished touring and eating lunch, we planned to go outside and take a few shots for our video, and then call it day. Unfortunately, weather was not on our side and a downpour kept us inside.

Feeling optimistic, the majority of our class stayed to take footage outside anyways. We were so dedicated to the project that we even went to the White House to get a shot that we needed for our video. Being in D.C. ended up being a major perk for our project, despite the rain.

Having finally gotten more serious, we started off the third day of filming by redoing almost everything we had tried to do the first day. Everyone gave one or two personal statements to the camera about how climate change is or would affect them. Amazingly, mostly everyone completed the task without mistakes. Instead of laughing and goofing off after someone would finish, we'd clap for them and moved on.

We were so dedicated to the project that we even went to the White House to get a shot that we needed for our video.

We got the majority of our footage from this filming session and our trip to the World Bank. But then it started to sink in that we only had two days left to get everything finished.

The fourth day came. Getting used to being filmed was still an adjustment for us. The pressure was on. One girl was so stressed by her fear of speaking that she started to cry. We had to go over things again and again.

Professor Sibilski ended up asking us fake questions like "What's your favorite meal?" and "Do you like the color red?" just to make people feel more comfortable raising their hand and talking in front of the camera, which surprisingly worked.

On the fifth and final day, we were at the bittersweet end. My classmate who was upset just the day before, felt empowered after completing her line. The whole class cheered her on. After that, we didn't have much to film so we went and took a group picture by the Montgomery College sign outside. We left the classroom knowing we had not only done something together, but we did something to try and better this world.

Although some people weren't taking the project as seriously as we needed to in the beginning, we have come to realize just how much of a negative impact climate change is having. It affects everyone, all of the time, and is only getting worse.

So, to answer Dr. Sibilski's initial question, we all hope we have impacted our community in a positive way by working together to raise awareness about climate change. We are the future, but we must remember, we wouldn't be anything without the world we live in.