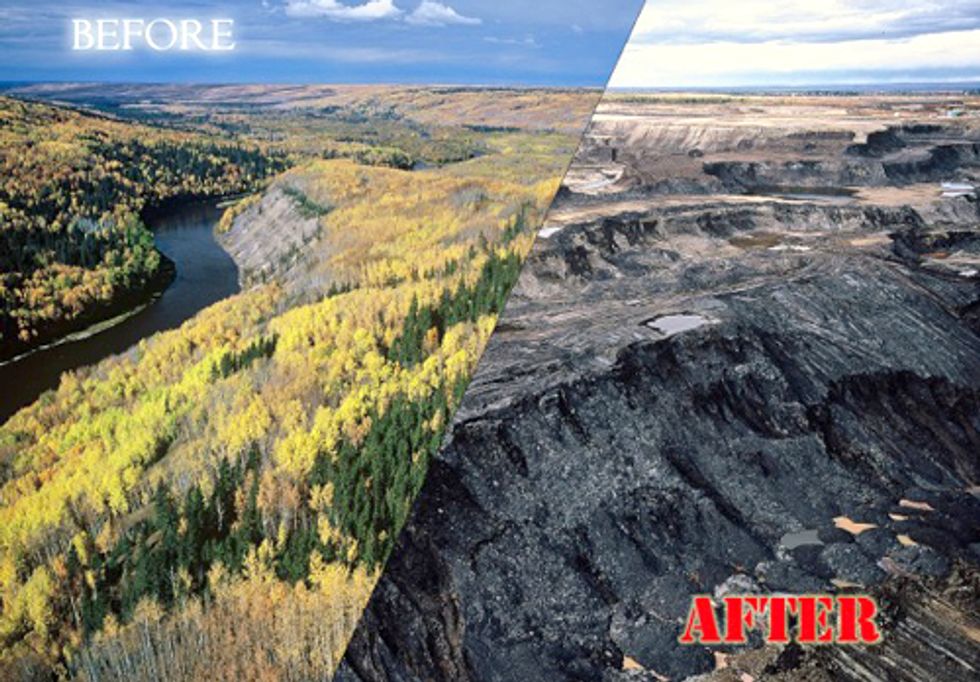 The European Commission—the executive branch of the European Union (EU)—will be voting in the next couple days whether to designate Canada’s tar sands as being “highly polluting." Given tar sands’ terrible ecological impacts upon our shared global atmosphere—and Canadian boreal forests, water, and indigenous peoples—the answer should be painfully obvious, and a resounding yes.

Such a designation would be a significant setback for tar sands growth.

Yet given the power of the ecocidal oil oligarchy which rules Canada and much of the world, empowered global citizens need to let the EU know the world expects, indeed demands, the EU do the right thing in condemning tar sands—in order to establish a level playing field for a renewable, efficient, and conservation based energy future.

Send a message to the EU to let them know you don't support tar sands development by clicking here.