ACTION: Save the Honeybees 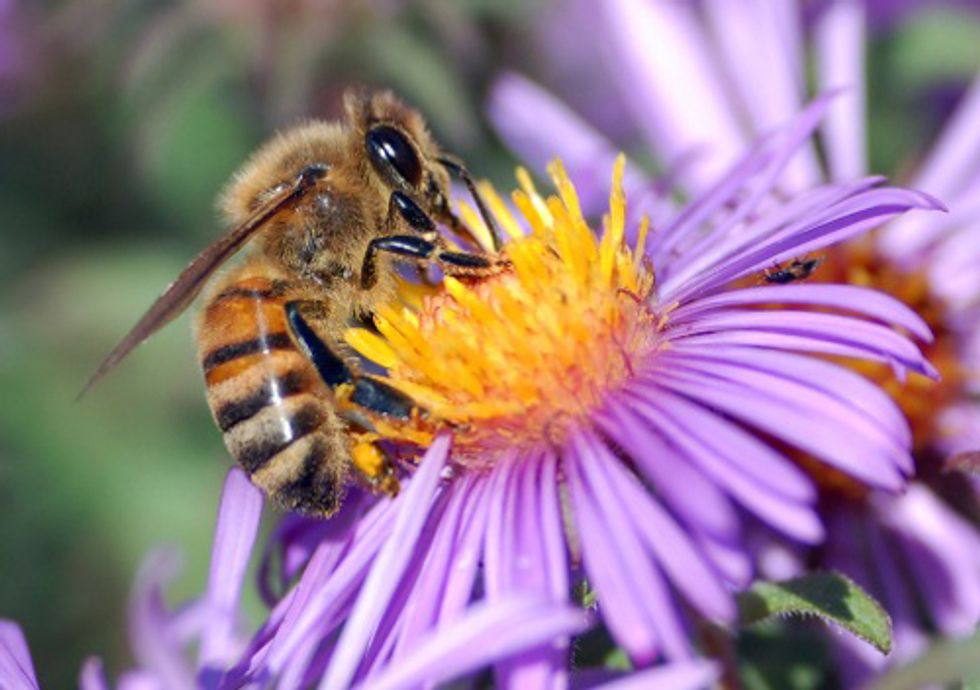 Since 2006, our honey bees have been dying off in droves. Billions of bees have disappeared in the U.S. with losses estimated at 30 percent per year.

And if the destruction of a species is disturbing enough on its own, the collapse of honey bee populations also threatens the security of our food supply since honey bee pollination is crucial to the cultivation of a full one-third of our food here in the U.S.

Scientists have been scrambling to figure out what is behind this crisis–termed Colony Collapse Disorder–and believe it is probably the result of many interacting factors, including one widely used class of pesticides called neonicotinoids.

One such chemical, called clothianidin, is produced by the German corporation Bayer CropScience. It is used as a treatment on crop seeds, including corn and canola which happen to be among honey bees' favorite foods.

Unfortunately, the U.S. Environmental Protection Agency (EPA) is refusing to make any changes until it completes its review of the safety of clothianidin in 2018, but our honey bees (and bee keepers, rural communities and farmers) can't wait that long.

Shockingly, no major independent study has verified the safety of this pesticide. While clothianidin has been used on corn–the largest crop in the U.S.–since 2003, it was officially approved by the Environmental Protection Agency in 2010 on the basis of a single study, conducted by Bayer.

But leaked U.S. EPA documents expose a more sordid story. Agency scientists who reviewed Bayer's study determined that the evidence was unsound and should not have been allowed as the basis for an unconditional approval of the pesticide.

Additional independent studies have shown that neonicotinoid pesticides like clothianidin are highly toxic to honey bees, providing compelling evidence that they should not continue to be approved by the U.S. EPA.

France, Italy, Slovenia and Germany have already banned clothianidin over concerns of its role in Colony Collapse Disorder.

The stakes are far too high to continue the use of this chemical without independent science verifying that it is safe to use.

Urge the EPA to stop dragging its feet and take steps now to stem the collapse of honey bee colonies across the country.