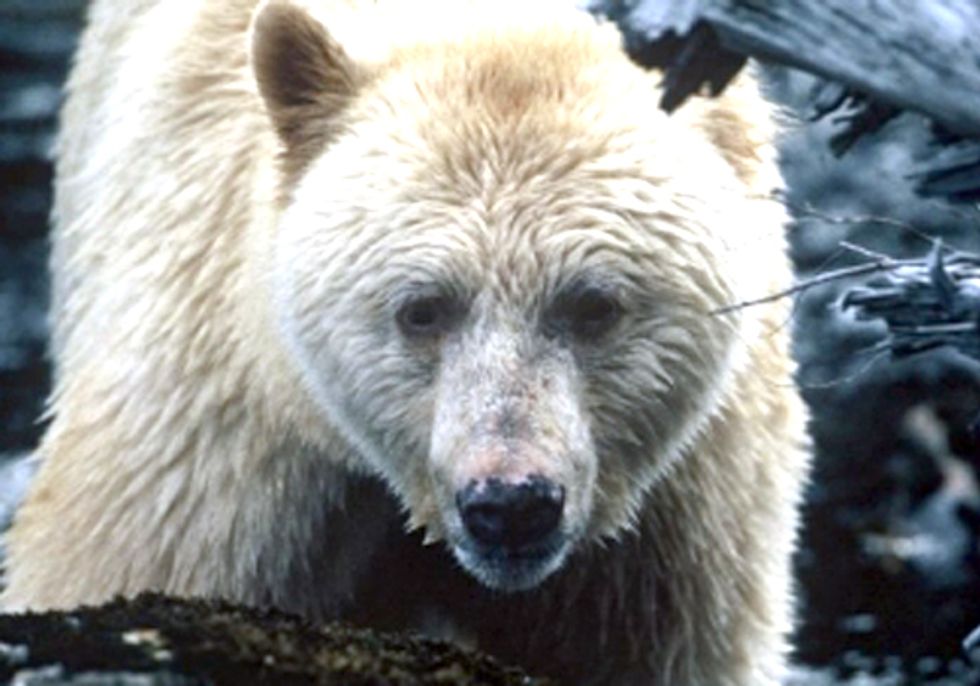 British Columbia's Great Bear Rainforest (the world's largest remaining coastal temperate rainforest) is under siege. Plans endorsed by Canada's government are underway to build the Northern Gateway pipeline to pump crude, unrefined bitumen, from Alberta to Kitimat, on British Columbia's north coast. This pipeline would extend a distance of over 1,100 kms. It would be built by Enbridge, a company that has been responsible for more than 800 oil spills, since 1999. The proposed pipeline would cross many rivers, the Rocky Mountains and pristine wilderness. Much of this area is home to First Nations people. Oil tankers would collect and ship the raw crude to China (the world's largest greenhouse gas emitter).

We can stop this irresponsible development—BC's First Nations have a constitutional right to be consulted—and this hasn’t been met. Newly released documents reveal that the government knows that it cannot address the legitimate concerns of the aboriginal people from the area at risk and is attempting to silence them.

Let Canada's government know that the voices of First Nations will never be silenced. Add your voice to the call to uphold the legal rights of the traditional custodians of the land and stop this reckless project from going ahead. It's not a matter of if an oil spill would happen, but when.

An oil spill would have devastating effects on the region and its native species. One species at great risk is the Kermode or "Spirit" Bear, a genetically unique, white Black Bear possessing a recessive gene. With only approx. 400 of these bears left in the wild, they are rarer than China's Giant Pandas. In 1987, the Valhalla Wilderness Society started the Spirit Bear conservancy campaign and, along with many others including Simon Jackson's Spirit Bear Youth Coalition, were successful in 2006 in more than 1/2 million acres of spirit bear habitat being protected from clearcut logging. Protection never would've happened without the full support of the Kitasso Xai'xais and Gitg'at First Nations.

Now a larger threat looms for the Spirit Bear, which relies partly on the marine environment, including salmon. Giant oil tankers are planning to bring bitumen to Asia via the proposed Enbridge pipeline from Alberta's tar sands. Given the narrow marine channels, huge Pacific storms and the risk of Tsunamis in the Spirit Bear's homeland, an inevitable oil spill would devastate fragile marine ecosystems for many years to come, including salmon and other marine life that the bears depend on. Such a catastrophic spill would also destroy the traditional livelihoods of First Nations communities and others in the area, representing millions of dollars of loss annually. We can't afford to have another Exxon-Valdez like spill or any significant spill off the BC coast.

Stephen Harper's government has openly dismissed concerns of those opposed to the pipeline. We have a small window of time to influence the final decision during the review, so please sign the petition to the review panel conducting the pipeline hearings. Demand that the moratorium on tanker traffic off BC's coast remain in effect and that the destructive Northern Gateway pipeline should not be approved.

Click here to sign the petition to stop the Northern Gateway pipeline. We need to explore renewable energy sources and invest in a sustainable future for Canada and the world.