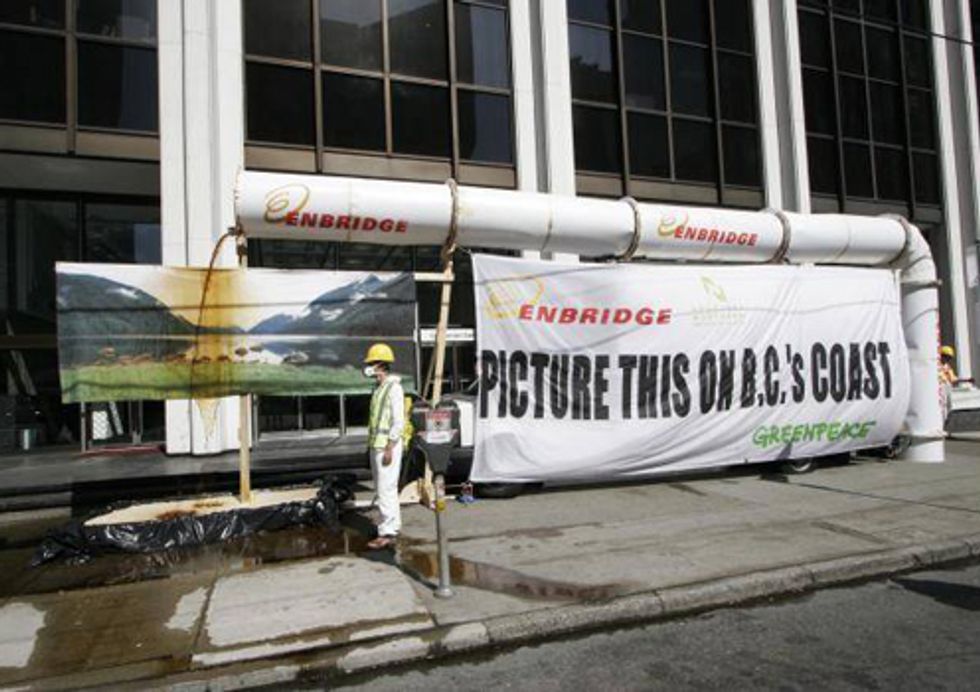 That’s what’s awaiting British Columbia’s northern coast and hundreds of species of birds, animals and marine life that thrive in this region if we don’t take action right now.

A controversial proposed pipeline would carry oil from the tar sands in Alberta to a port at Kitimat, British Columbia. After travelling nearly 1,170 km through pristine wilderness and First Nations homelands, tar sands oil would be loaded on tankers bound for Pacific markets. To get there, they must first navigate the perilous northern B.C. coast, travelling the same wildlife-filled waters where the Queen of the North ferry sank in 2006. Is this pipeline in the public’s best interest?

If given a go-ahead, the pipeline project would:

Canada’s wildlife depends on us to speak up on their behalf and put a stop to the Northern Gateway Pipeline project before it’s too late. Add your voice and send your letter today.