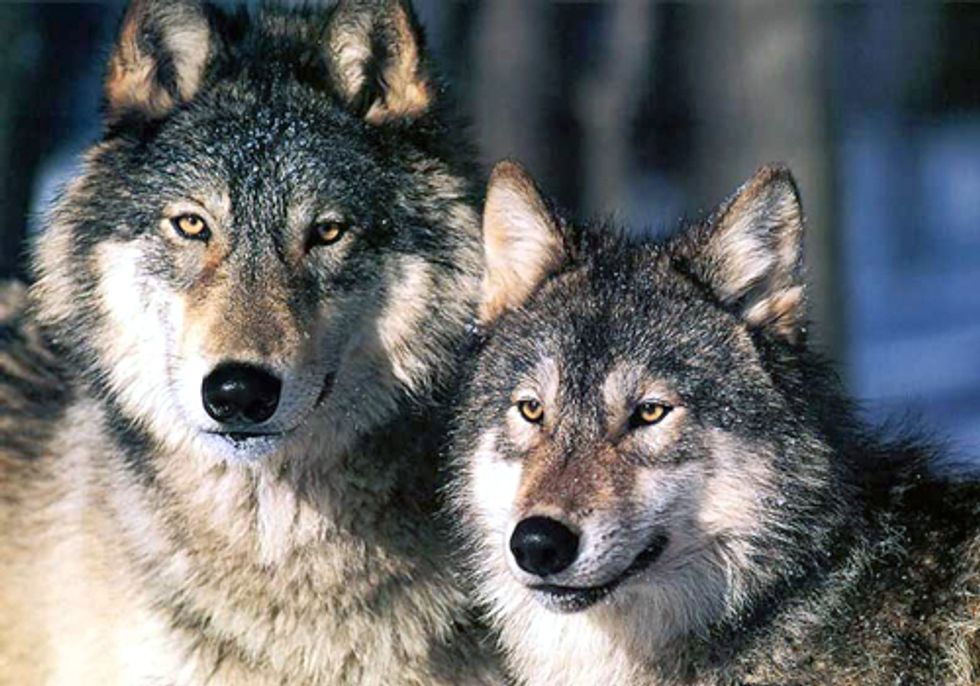 To make up for the fact that rapid tar sands oil mining is threatening caribou herds by destroying vast swaths of rainforest habitat in Alberta, the Canadian government has called for strychnine poisoning and aerial shooting of thousands of wolves in areas of tar sands mining.1

If Alberta Canada's tar sands oil fields are fully developed, an area of boreal rainforest the size of Florida will be eviscerated, leaving in its wake only giant ponds of toxic wastewater.2

It's obvious why this would pose a massive threat to all wildlife species who reside there, including birds, caribou and the iconic spirit bear.

But instead of preserving the habitat caribou need for their survival, the Canadian government's answer is to blaze ahead with tar sands oil extraction, and kill thousands of wolves who would naturally prey on the caribou. The Ministry of the Environment's plan calls for aerial shooting, and poisoning with bait laced with strychnine—a particularly painful type of poison.

This plan to kill wolves is a misguided, cruel response that does nothing to alleviate the greater problem—Tar sands development is a huge threat to wildlife, local communities, and all of our futures.

But despite the clear negative consequences, the Canadian government continues working to rapidly expand tar sands production and sales, including with the Keystone XL Pipeline to export tar sands oil all over the world.

Understandably, this has begun to earn Canadian prime Minister Stephen Harper and many in the country's government a negative reputation, to which they are becoming increasingly sensitive.2

The Ministry of the Environment has not yet moved forward with this planned wolf kill. And with enough public pressure, we can get them to abandon the plan, and build the case for Canada to stop their devastating race to expand tar sands oil fields.