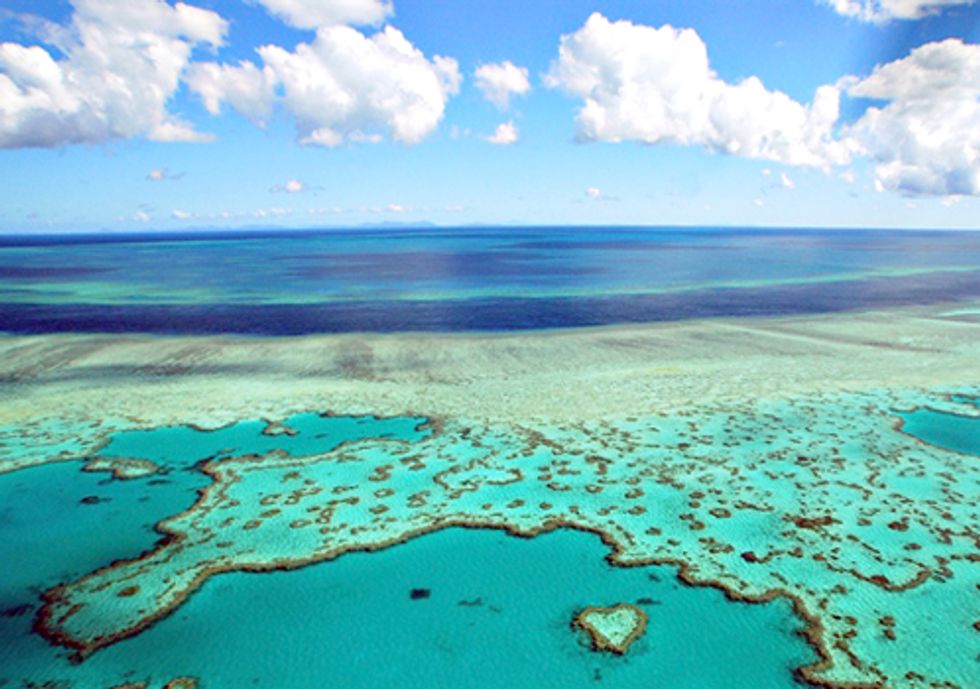 Get Up! Action for Australia

United Nations (UN) investigators arrive in Australia this week to investigate how on earth the Australian government is allowing the mining industry to dredge inside the Great Barrier Reef Marine Park. Community opinion counts—take a moment to sign our emergency petition before we meet with United Nations Educational, Scientific and Cultural Organization (UNESCO) on March 13.

How could they let this happen? That’s what UNESCO officials want to find out, as they take the extraordinary step of coming to Australia this week to investigate how the government is allowing millions of cubic metres of sea floor to be dredged and dumped from inside the Great Barrier Reef World Heritage Area, to make way for massive new coal seam gas export facilities.

GetUp members have kicked off a 75,000-strong petition to protect the Reef, and now we’re working with local environment groups, the media and UNESCO delegates themselves to hold the government and the mining industry accountable.

We have a storm of activity planned for Cairns and Brisbane in the coming days—from rallies to public forums with political candidates, press conferences and high-level meetings with UNESCO and World Heritage officials. UNESCO, the UN body in charge of protecting world heritage sites, has the power to declare the Great Barrier Reef officially in danger, which would be a huge blow to the mining industry's expansion and deeply embarrassing for the Australian government.

Take a moment to add your name to this petition before we meet with UNESCO and World Hertitage officials on March 13, and ensure we don't let the mining industry have their way with the Great Barrier Reef.

Millions of cubic metres of sea floor are being dredged up from the Great Barrier Reef World Heritage Area to make way for massive new coal seam gas export facilities. No, we're not kidding.

It's the largest dredging project ever undertaken in Australia, and one that has the United Nations' Educational, Scientific and Cultural  Organisation (UNESCO) so alarmed that they're warning the Reef could lose its iconic world heritage status. We've created an emergency petition to stop this.

As The Age recently put it—what's of primary concern is the "vast dredging program" associated with the construction of three coal seam gas plants located inside the reef's World  Heritage area. "The Gladstone Ports Corporation (GPC) has approvals to dredge 46 million cubic metres from within the harbour boundaries, inside the World Heritage area, over the next 20 years...a volume equivalent to 27 Melbourne Cricket Grounds."

Environment Minister Tony Burke has so far refused to stand up for the Reef, a priceless and fragile site of significance not just to Australia, but to the world. Imagine if the Pyramids were being bulldozed or the Grand Canyon mined—the global community would be furious. Well, UNESCO is furious. They're sending a special delegation in March to investigate what is happening—but that's too late to stop the damage happening now.

Meanwhile, UNESCO are being lobbied hard by the insatiable coal seam gas industry. And although they failed to even tell UNESCO about the  project, the state and federal governments would have us simply trust them to monitor and regulate this crazy project—claiming it's possible to dredge up 46 million cubic metres of reef inside a world heritage site provided there's sufficient environmental oversight. If the Australian Government won't stand up for the Great Barrier Reef as it's ripped up for corporate profit, we will.

The fragile and unique ecosystem of the Great Barrier Reef is already under intense pressure due to earlier floods and a changing climate. We've witnessed a steep increase in the rates of death of endangered marine wildlife this year—including dolphins, dugongs and turtles. The massive development for the coal seam gas industry may well prove too much for it to handle.

Coal seam gas mining is now affecting our communities and  environment, from the family farm to the deep blue sea, and once these areas are destroyed, no amount of money will ever bring them back. Sign the petition now, and if you're on Twitter and Facebook, be sure to share this emergency call to action with your friends.