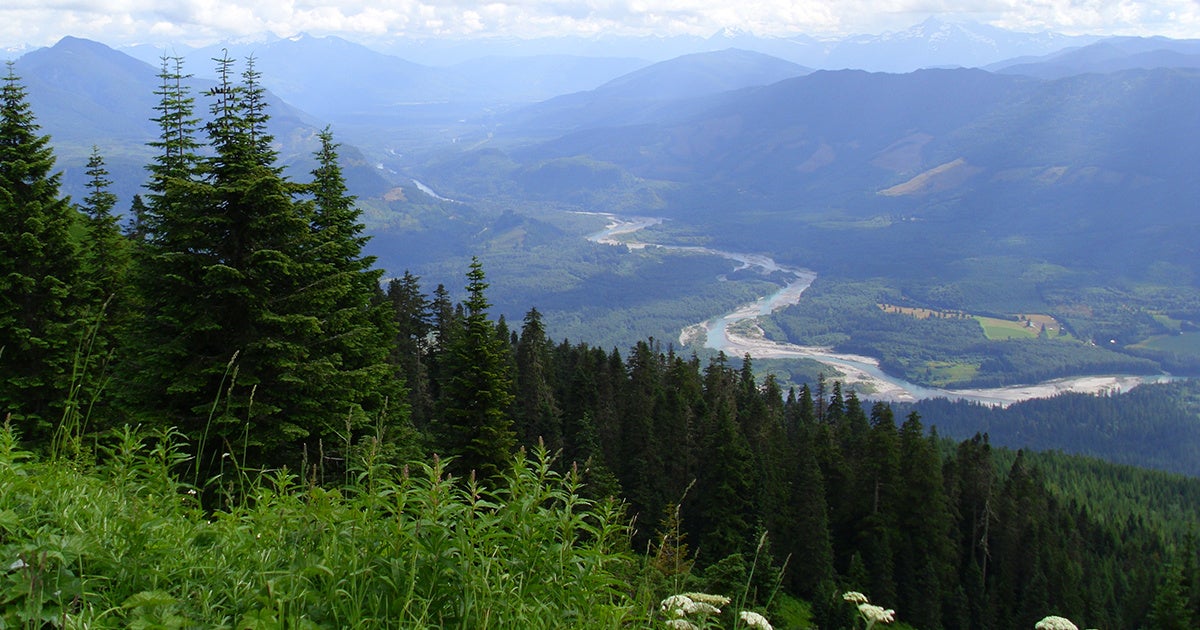 Skiing and glacier-viewing are two of the most popular tourist draws in Washington state’s North Cascades communities of Glacier and Concrete, but residents worry that uncertain snowfall and receding glaciers may put their tourism-based livelihoods in jeopardy.

To encourage tourism, these Washington communities on the slopes of Mount Baker are adapting to climate change by holding new festivals and events and expanding existing festivals, such as Cascade Days and the North Cascades Vintage Fly-In.

However, according to a recent study by Columbia University anthropologist and professor Ben Orlove and colleagues, local residents don’t necessarily view these adaptations through a climate change prism. Rather, they view them from a community frame. From that perspective, residents of those communities focus on how they can adapt and promote the area’s economic vitality, for example, rather than focusing on adaptation to climate change specifically.

One take-home message from their research: Understanding which frames local residents use can help engage communities and empower them to adapt to a changing world.

In addition to studying communities in the North Cascades, Orlove and colleagues studied communities in the Italian Alps and Peruvian Andes to see how people are adapting to, and talking about, climate change. Each of the communities they studied is located along streams or rivers that come directly from glaciers, so local residents could be affected by the speed of melt and resulting flow and also by related natural hazards. Each location also relies on industries, such as agriculture and tourism, dependent on local resources.

The locations selected for study represent different continents and both developing and developed countries. The communities are considered to be at the forefront of adaptation because glacier retreat is directly observable and closely linked to climate change.

The researchers wanted to learn whether residents discussed climate change adaptation through a climate change frame or a community frame. They conducted one-on-one interviews with local residents, hosted focus group discussions, and analyzed community meeting minutes. Using qualitative and quantitative analyses, they analyzed how people talked about local issues. They watched for keywords like “adaptation” and “resilience,” which would signify a climate change-related frame, and terms like “heritage,” “neighbor,” and other similar language that would represent a community frame.

The researchers found that the Washington residents don’t typically discuss the scientific processes of climate change, but they see adaptation, such as expanding festivals, “through a community frame, as ways to support livelihoods, maintain awareness of the past, retain young people, and draw out-migrants back.”

In the Italian Alps, residents face an impact of climate change when the local hydropower plant produces less electricity because of fluctuating flows in the glacier-fed river, or when the plant is forced to shut down periodically because of climate change-related debris flows from the glacier. With declining natural snowfall, local ski resorts are having to make more snow and using a lot of electricity to do so, further taxing already limited power sources. In response to this increasing demand for electricity, the community added biomass generation as a source of electricity. However, according to the Orlove study, residents tend to view these changes from a community frame, speaking to the economic rather than environmental benefits of the biomass plant and speaking proudly about the local electricity cooperative’s history.

The Peruvian village of Copa depends on the Rio Allancay to provide water for irrigation and daily use. A receding glacier, increasing temperatures, and less reliable rainfall are leading to water supply problems, and residents are making changes like piping water and lining earthen canals to retain more water. They mainly discuss these changes from a community frame or perspective.

While the researchers found all of the studied communities making adaptations to climate change, they wouldn’t necessarily describe them as such. Instead, they “articulated them through the community frame rather than the climate change frame,” according to the study.

People were also more likely to mention climate change when they were talking to a researcher. “One of our most striking findings is that though people in all three settings mentioned climate change some, they mention it more often when the researcher is present,” Orlove said. However, when a researcher wasn’t present, they often talked about other things instead.

Acting On, Without ‘Believing In,’ Climate Change

Some think people must “believe” in climate change in order to care about the issue, but this study suggests that people can work toward climate adaptations without necessarily “believing in” climate change or seeing the issue through a climate change frame.

“Many people think that belief in climate change is a necessary precursor to action on climate change, that only by understanding the enormous scale of climate change will people develop the sense of urgency to craft solutions quickly and the commitment to carry them through,” Orlove said.

But he and his colleagues found the community frame can also be a way to encourage people who “don’t believe in climate change” to work toward solutions. Orlove found people were inspired to participate in projects to help the community adapt to climate change when they believed these projects would help strengthen their community and advance it.

He also notes the language used in messaging is crucial, and he believes people may feel more connected to the concept of resilience rather than adaptation. “Resilience speaks more directly to the deeply-felt wish that communities will continue to thrive and flourish,” Orlove said. Being aware of language and messaging and what local communities want and need is crucial to successful climate communication.

‘What Does It Matter to Them?’

Carla Roncoli, senior research scientist at Emory University, is among many communications experts emphasizing the importance of learning more about how people perceive climate change in different locations. “You have to understand what are people concerned about,” Roncoli said. “What does it matter to them? What are the values that [inform] their actions and their decisions?”

Roncoli points to the example of African farmers she’s worked with. While rain is important to them, they often view it differently than western scientists might. While scientists might be most interested in the quantity of rainfall, the farmers are often more interested in the process, according to Roncoli. “They look at when it rains, how long it rains for, whether it’s during the day or the night,” Roncoli said. “Those are the kinds of parameters they’re interested in, not so much the sheer quantity.”

She says these factors are important because they help the farmers determine which crops to plant and how to vary depending on whether they’re expecting three months of rain or five.

“Many people around the world have their strongest social ties to the neighbors and relatives with whom they live,” Orlove said. “They look to these communities for support, they look to these communities for solutions.” That point underscores the value, the researchers say, of taking the needed time to work at the community level and learn how people frame climate change conversations.

Orlove points out that while governmental solutions and intergovernmental cooperation are necessary, so too are community contributions.

“If climate change is a global issue, adaptation is often a local response,” Orlove said. “So for the people themselves the community is where they look first for solutions, and this study shows the enormous potential within communities.”