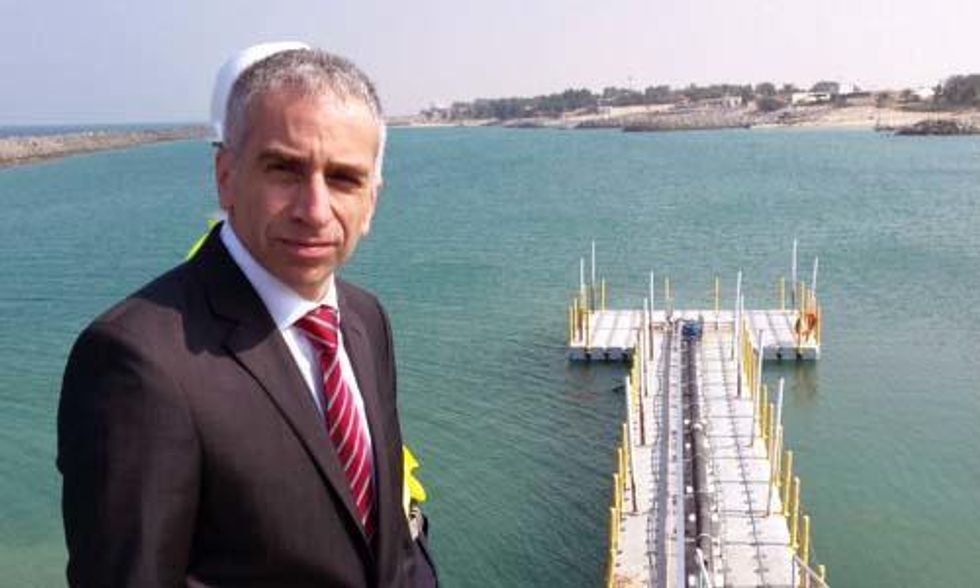 According to Renewable Energy World, the plant is the fifth desalination demonstration project from Masdar, which is currently running a pilot program to test renewably powered desalination plants in the United Arab Emirates. The group hopes to have a facility at commercial scale by 2020.

In addition to using less energy than the other four pilot projects, Mascara's will be the first to be off-grid and powered by solar. The trial is expected to begin in March and, if successful, Masdar said, the technology will be ideal for use in remote locations and especially on islands.

Desalination plants in the United Arab Emirates currently “are mainly thermal and aged," Dr. Alexander Ritschel, Masdar senior manager, told journalists on Monday. "There needs to be a transition to membrane-based desalination technology, which is more efficient than thermal processes installed sometimes up to 40 years ago.”

The five trial plants will run until 2017, with the goal of finding out “how the desalination plant of the future will operate,” Ritschel added.

Water stressed regions of the world, including the Gulf region, are rushing to develop energy-efficient desalination plants. There are an estimated 15,000–20,000 desalination plants around the world producing more than 20,000 cubic meters of water per day. Places as varied as Aruba, Chile and Algeria all use desalination.

Israel already supplies 40 percent of its drinking water from desalination. That number is projected to climb to 70 percent by 2050. Developers in Saudi Arabia are currently building the world’s first utility scale, solar-powered desalination plant. And last month, the largest desalination plant in the Western Hemisphere officially opened in Carlsbad, California, as the state struggles to deal with its prolonged drought.

Desalination is a contentious issue, though. Critics, citing marine impacts and its high cost, say desalination isn’t a good solution and can’t solve droughts. Masdar and its partners, however, are hoping to change that by improving existing technologies.