How to Increase the Absorption of Iron From Foods 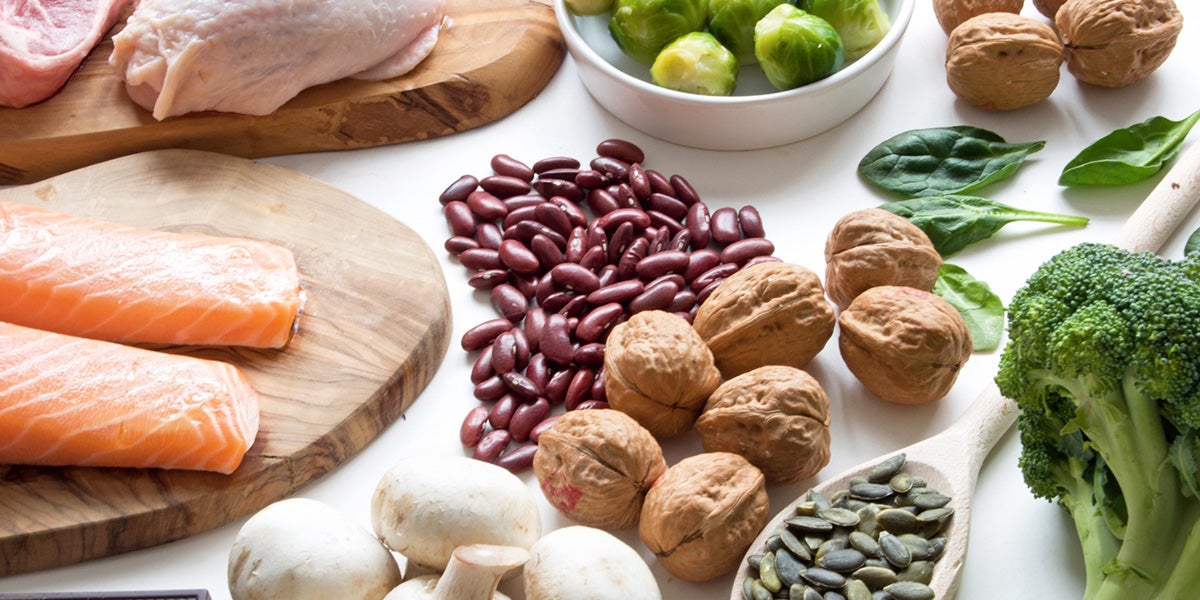 Iron is an essential mineral your body needs to function properly.

Thus, it’s vitally important to consume adequate amounts of it in your daily diet.

Interestingly, the foods you eat influence not only how much iron you consume, but also how well it is absorbed into your body (1).

Once it’s absorbed by your body, it’s used as a building block for hemoglobin, a protein found in red blood cells that helps shuttle oxygen around your body.

Iron is also a component of myoglobin, an oxygen storage protein found in your muscles. This oxygen is used when you use your muscles.

The recommended intake range is 7–18 mg per day for the general population and up to 27 grams for pregnant women (2).

Which Foods Contain It?

You may have heard that you can get iron from red meat, but there are many other foods that naturally contain iron.

In foods, iron is present in two forms: heme and non-heme.

Heme iron is found in animal foods that contain hemoglobin, such as meat, fish and poultry.

Heme iron is the best form of iron, as up to 40 percent of it is readily absorbed by your body (3).

Non-heme iron primarily comes from plant sources and is present in grains, vegetables and fortified foods.

This is the form added to foods enriched or fortified with iron, as well as many supplements.

In terms of its bioavailability, non-heme iron is absorbed much less efficiently than heme iron.

Good sources of non-heme iron include:

Summary: Heme iron is found in animal foods, while non-heme iron comes from plant sources. The heme form is better absorbed by your body than the non-heme form.

Certain Populations May Be at Risk of Deficiency

Iron deficiency is the most common cause of anemia, which affects a billion people worldwide (5, 6, 7).

A person who is iron deficient may have various symptoms, including fatigue, dizziness, headaches, sensitivity to cold and shortness of breath when doing simple tasks.

Moreover, iron deficiency can result in poorer attention span and mental function. In fact, being deficient during early childhood has been linked to lower IQs (8, 9).

Children, adolescents and women of reproductive age, particularly during pregnancy, are most at risk of iron deficiency. This is because their intake doesn’t meet their body’s high demand for it (1).

However, although vegetarians may consume as much iron as non-vegetarians, a review found that they are still at greater risk of deficiency (6).

This is because they consume mainly non-heme iron, which is not absorbed as well as the heme form in animal products.

It’s generally recommended that vegetarians multiply their recommended iron intake by 1.8 times to compensate for the reduced absorption (12).

Summary: Iron deficiency is very common. Those who are most at risk include children, adolescents, women of reproductive age, pregnant women, vegetarians and vegans

While not all dietary iron is absorbed equally, some foods can enhance your body’s ability to absorb it.

Vitamin C has been shown to enhance iron absorption. It captures non-heme iron and stores it in a form that’s more easily absorbed by your body (3).

In one study, taking 100 mg of vitamin C with a meal increased iron absorption by 67 percent (13).

In vegetarian and vegan diets, iron absorption may be optimized by including vitamin C-containing vegetables during meals (1).

Foods With Vitamin A and Beta-Carotene

Vitamin A plays a critical role in maintaining healthy vision, bone growth and your immune system.

Beta-carotene is a red-orange pigment found in plants and fruits. It can be turned into vitamin A in your body.

One study of 100 people given cereal-based meals found that the presence of vitamin A increased iron absorption by up to 200 percent for rice, 80 percent for wheat and 140 percent for corn (14).

In the same study, adding beta-carotene to the meals increased absorption more than 300 percent for rice and 180 percent for wheat and corn (14).

Meat, fish and poultry not only provide well-absorbed heme iron, they can also stimulate absorption of the non-heme form.

Several studies have reported that the addition of beef, chicken or fish to a cereal-based meal resulted in about 2–3 times greater non-heme iron absorption (4, 15).

Research has also shown that adding 75 grams of meat to a meal increased the absorption of non-heme iron by about 2.5 times, compared to a meal without it (4).

Based on study findings, it was estimated that 1 gram of meat, fish or poultry provided an enhancing effect similar to that of 1 mg of vitamin C (4).

Summary: You can enhance the absorption of iron from meals by eating foods high in vitamin C, vitamin A or beta-carotone. Eating meat, fish or poultry with other foods can also help.

Foods That May Hinder Iron Absorption

Just as some foods can improve iron absorption, others can hinder it.

Phytate, or phytic acid, is found in foods like whole grains, cereals, soy, nuts and legumes (3).

Even a small amount of phytate can significantly decrease iron absorption (1, 3).

In one study, as little as 2 mg of phytate in foods inhibited iron absorption by 18 percent when added to wheat rolls. And when 250 mg of phytate was eaten, up to 82 percent was not absorbed (4).

Nonetheless, the negative effect of phytate can be counteracted by consuming foods that enhance non-heme iron absorption, such as vitamin C or meat.

Calcium is an essential mineral for bone health.

However, some evidence shows that it hinders iron absorption, regardless of whether the source is a dairy product or calcium supplement (16).

Studies have shown that 165 mg of calcium from milk, cheese or a supplement reduced iron absorption by around 50–60 percent (4, 17).

This is worrisome, as increased calcium intake is commonly recommended for children and women, the same populations that are at risk of iron deficiency.

However, most studies were short-term and conducted in single meals. A thorough review of long-term studies found that calcium and milk products did not have any adverse effects on absorption (16).

To maximize absorption, calcium-rich foods should not be eaten with meals that provide most of your dietary iron.

In the case of supplements, calcium and iron supplements should be taken at different times of the day, if possible.

Polyphenols are found in various amounts in plant foods and beverages, including vegetables, fruits, some cereals and legumes, tea, coffee and wine.

Coffee and tea, both of which are widely consumed around meals, have a high content of polyphenols, and they have been shown to inhibit the absorption of non-heme iron (13).

In one review, drinking a cup of black tea with a meal reduced iron absorption by 60–70 percent, regardless whether the tea was weak, normal or strong.

However, when participants drank tea between meals, the reduction in absorption was only about 20 percent (4).

To counteract the negative effect of polyphenols, be sure to leave a couple of hours between your iron-rich meal and your afternoon tea or coffee.

Iron toxicity from food sources is rare. Once it is consumed, your body has its own balancing system to make certain that it gets just enough.

Nevertheless, one report showed that deadly overdoses were possible with excessive intakes of iron supplements (18).

Excessive iron levels can also occur in some people with a condition called hemochromatosis. This is usually caused by a gene that enhances absorption (19).

Other causes of iron overload include repeated blood transfusions, massive doses from the diet and rare metabolic disorders.

Additionally, consuming too much iron over time may cause large deposits of it to form in the liver and other tissues.

Consequently, it may lead to diabetes, heart disease and liver damage (20, 21).

You should probably never take an iron supplement unless when recommended to you by a health professional.

Summary: Consuming too much iron can have health risks. Because of this, supplements are not recommended for most people.

Tips to Get Enough Iron

The tips below can help you maximize your dietary iron intake:

Summary: To maximize your iron intake, try to include meat, fish, poultry, beans and lentils in your diet, as well as vitamin C-rich foods during your meals. Also, spread out your tea, coffee and dairy intakes between meals.

Iron is a vital mineral that’s essential for the function of your body. Two types of it are found in food—heme and non-heme.

Meat, fish and poultry contain the heme form, which is easily absorbed by your body.

Non-heme iron is mainly found in plant foods, but this form is harder for your body to absorb. You can improve your body’s absorption by eating foods containing vitamin C, vitamin A, meat, fish and poultry during your meals.

On the other hand, foods containing phytates (cereals and grains), calcium (milk and dairy) and polyphenols (tea and coffee) can hinder iron absorption.

By carefully selecting the foods you eat and knowing how certain foods can enhance or inhibit absorption, you can make sure you’re getting the iron you need.