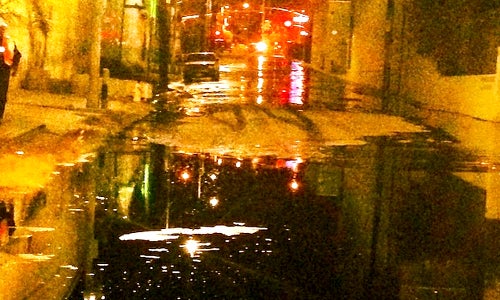 About 10,000 gallons of crude oil spilled early Thursday morning onto a Glendale, CA street in Los Angeles County, according to the Los Angeles Fire Department.

A leak from a 20-inch pipe took place around 12:15 a.m., local time, the Associated Press reported. The line was remotely shut off after the oil spilled about half a mile away from the pipe.

Originally believed to be a 50,000-gallon spill, oil was reportedly knee-high in some areas.

The LAFD said some area businesses were impacted by the spill, which took place on West San Fernando Road. According to RT.com, gushes of oil was seen spurting straight up into the air, and landing on a local strip club The Gentlemen’s Club, where patrons were evacuated. 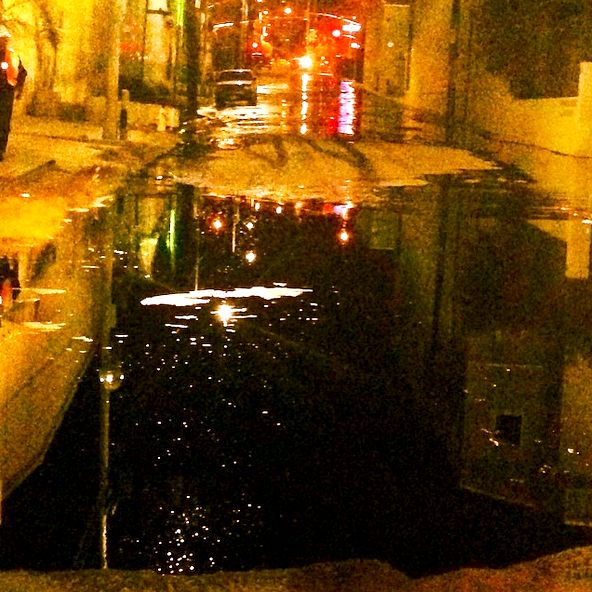 The spill impacted a “handful of businesses,” according to the Los Angeles Fire Department. Photo credit: @lapd101/Instagram

Fire Capt. Jaime Moore said four people at a medical business were also evaluated with respiratory complaints, while two people were transferred to a hospital.

The fire department has yet to reveal which company operates the pipeline. An environmental cleaning company was helping with the cleanup efforts.

Moore said the pipe burst at a transfer pumping station along a pipeline that runs from Bakersfield to Texas. As a result, a section of the Atwater Village area of Glendale was shut down, with the Department of Transportation assisting with traffic.