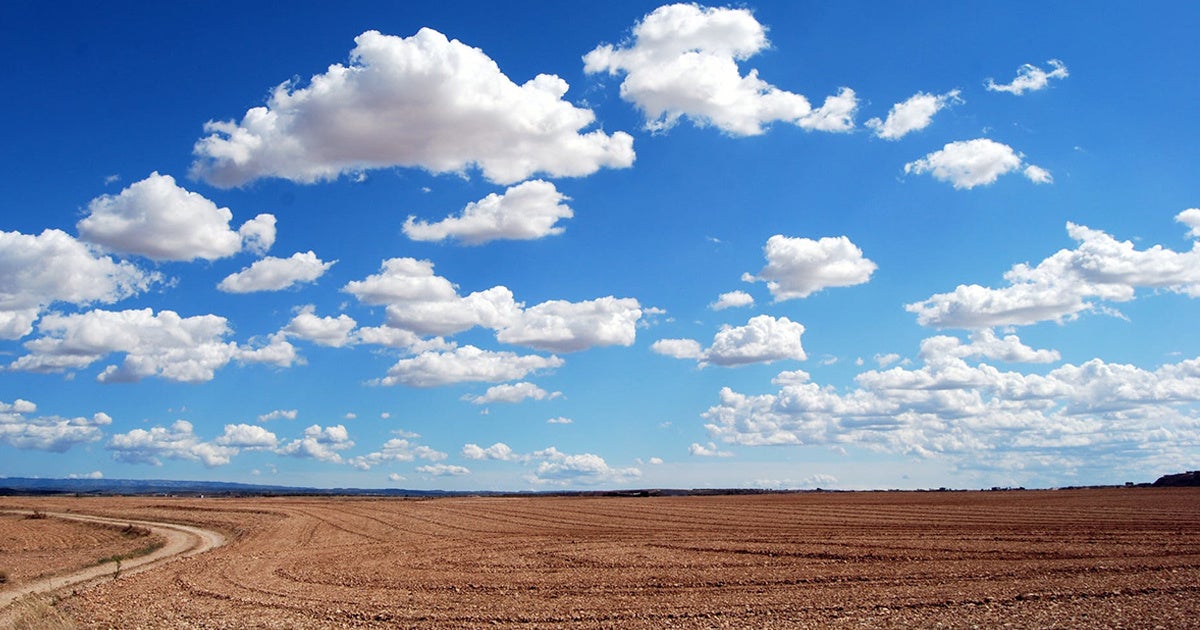 As people across the globe mobilize to demand bold action to combat the climate crisis and scientific findings about looming “environmental breakdown” pile up, a startling new study published Monday in the journal Nature Geoscience warns that human-caused global warming could cause stratocumulus clouds to totally disappear in as little as a century, triggering up to 8°C (14°F) of additional warming.

Stratocumulus clouds cover about two-thirds of the Earth and help keep it cool by reflecting solar radiation back to space. Recent research has suggested that planetary warming correlates with greater cloud loss, stoking fears about a feedback loop that could spell disaster.

For this study, researchers at the California Institute of Technology used a supercomputer simulation to explore what could lead these low-lying, lumpy clouds to vanish completely. As science journalist Natalie Wolchover laid out in a lengthy piece for Quanta Magazine titled A World Without Clouds:

The simulation revealed a tipping point: a level of warming at which stratocumulus clouds break up altogether. The disappearance occurs when the concentration of CO2 in the simulated atmosphere reaches 1,200 parts per million [ppm]—a level that fossil fuel burning could push us past in about a century, under “business-as-usual” emissions scenarios. In the simulation, when the tipping point is breached, Earth’s temperature soars 8 degrees Celsius, in addition to the 4 degrees of warming or more caused by the CO2 directly…

To imagine 12 degrees of warming, think of crocodiles swimming in the Arctic and of the scorched, mostly lifeless equatorial regions during the [Paleocene-Eocene Thermal Maximum or PETM]. If carbon emissions aren’t curbed quickly enough and the tipping point is breached, “that would be truly devastating climate change,” said Caltech’s Tapio Schneider, who performed the new simulation with Colleen Kaul and Kyle Pressel.

BREAKING: A new simulation has revealed that global warming could cause stratocumulus clouds to disappear in as little as a century, which would add 8°C (14°F) of extra warming. https://t.co/MbNqDO89bQ pic.twitter.com/doy03rTVBF

The study elicited alarm from climate campaigners along with calls for the “radical, disruptive changes” to society’s energy and economic systems that scientists and experts have repeatedly said are necessary to prevent climate catastrophe:

New study finds that business-as-usual global warming could produce…a world without clouds. Think about that a minutehttps://t.co/x68PBuhB0B

Since the beginning of the Industrial Revolution, the amount of carbon dioxide in Earth’s atmosphere has surged from about 280 ppm to more than 410 ppm today. Although concentrations will continue to rise as long as the international community maintains unsustainable activities that generate greenhouse gas emissions, some observers pointed out that atmospheric carbon hitting 1,200 ppm is far from a foregone conclusion.

And, as Penn State University Climatologist Michael E. Mann noted, “if we let CO2 levels get anywhere near that high we’re already in big trouble.”

That’s just one model — and it’s at co2 levels of 1200ppm (more than 4 x pre-industrial). If we let co2 levels get anywhere near that high we’re already in big trouble… https://t.co/BWSODmOePp

However, as Washington Post climate reporter Chris Mooney concluded in a series of tweets, “the point is not that this scary scenario is going to happen. Given the current trajectory of climate policy and renewables, it seems unlikely. Rather, the key point—and it’s a big deal—is that there are many things we don’t understand about the climate system and there could be key triggers out there, which set off processes that you can’t easily stop.”

In other words, as MIT Prof. Thomas Levenson put it: “The really terrifying aspect of this research is the reminder that we do not yet know all the ways catastrophic outcomes can emerge from this uncontrolled experiment on our only habitat.”

Smart thread re the no-cloud climate change piece I just tweeted. TL/DR: The really terrifying aspect of this research is the reminder that we do not yet know all the ways catastrophic outcomes can emerge from this uncontrolled experiment on our only habitat. https://t.co/I7BZkcRP0w