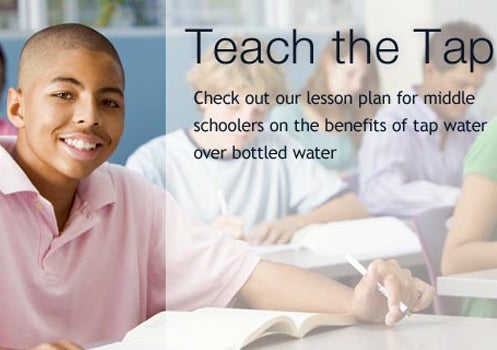 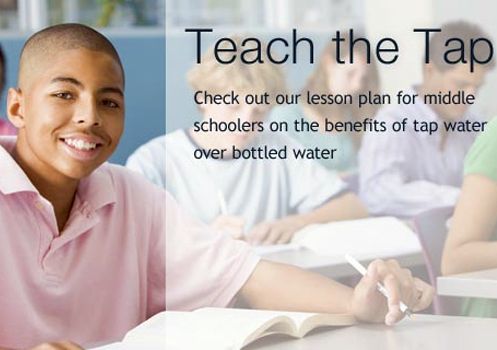 While some of these efforts are more insidious than others, they share a common trait. In each case, advertisers were trying to hook new consumers early to cultivate a sense of brand loyalty to be exploited for years to come. With the advent of programs ostensibly designed to teach kids about water issues, bottled water companies are getting in on the action. Their tactics flow through an institution that few kids can escape—the classroom.

The best example of this is Project WET. This nonprofit organization claims to educate children and parents about the importance of preserving global water resources. According to its website, “sustainable water management is crucial to secure social and economic stability, as well as a healthy environment.”

That’s certainly true. But Nestlé Waters North America, the organization’s main sponsor, is the last entity that should be empowered to educate the public about responsible water use. When you consider the bottled water behemoth’s track record of hogging global water supplies and profiting from them, Project WET’s supposed mission is a slap in the face to any community that has had its water muscled away by Nestlé.

By its own admission, Nestlé expends 2.37 gallons of water for every gallon of bottled water it produces. The company used approximately 4 billion gallons of water in 2007. That same year, it reduced the amount of water it used by 1.3 percent, but that was more than cancelled out as it increased the volume of bottled water it produced by 10 percent. Meanwhile, Nestlé buys community water for as little as $ .000081 per gallon, and sells it back to consumers for at least 127,000 times as much.

Pumping all that water comes at a steep price to consumers and the planet. U.S. bottled water consumption used energy equivalent to 32 to 54 million barrels of oil in 2007, enough to fuel approximately 1.5 million cars over the course of a year. Moreover, 77 percent of all empty plastic water bottles consumed in the U.S. end up in landfills.

And yet, Nestlé has the audacity to anoint itself a leader in water education.

With more than 1.1 billion people in the world lacking access to clean water and sanitation, it’s more important than ever that children learn the connection between the choices they make as consumers and their greater impact on the world. But Nestlé’s brand of water education only greenwashes the company’s own hand in profiting from an increasingly scarce resource to which all humans have a right, while cultivating a new generation of consumers.

Luckily, the Nestlé-funded Project WET isn’t the only water education program in town. We at Food & Water Watch have developed an innovative initiative to teach students that the simple choice of choosing a water fountain over a bottle of water can make a real difference in preserving our shared water resources. The Take Back the Tap Curriculum uses English, science, math and social studies to help students draw the connection between the stuff that comes out of their taps at home and that which their peers across the globe sometimes have to walk miles to procure.

As Americans, it’s easy to take drinking water for granted, but this basic resource is central to a complex web of political and environmental issues. We should teach our kids the importance of protecting it. We can’t abdicate that responsibility to corporations with a vested interest in building demand for bottled water.