A Wake-Up Call on the Hudson 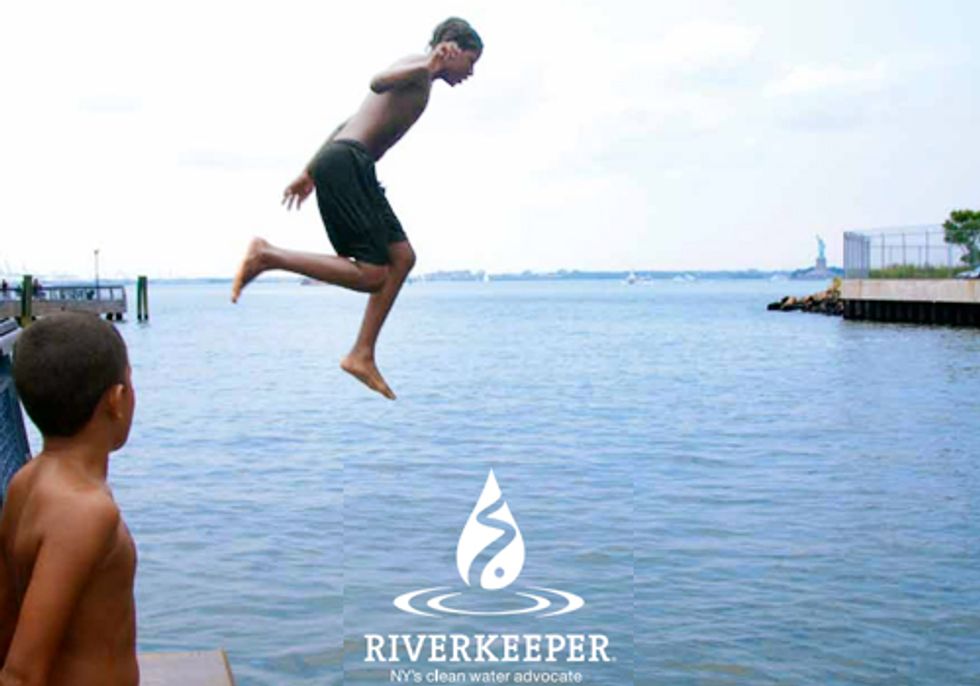 Riverkeeper released its second report on sewage contamination in the Hudson River Estuary today, How Is the Water? 2012 detailing the ongoing widespread problem of sewage pollution in our local waterways.

Twenty-four percent of Riverkeeper’s samples, taken from NY Harbor to Troy between 2006-2011, failed EPA guidelines for safe swimming. This is up from a failure rate of 21 percent for 2006-2010 and is three times greater than the 7 percent failure rate at beaches nationwide for the same time period.

The Hudson, like many waterways in New York, is suffering from failures of our aging and overburdened sewage delivery and treatment infrastructure, causing billions of gallons of sewage to enter the Hudson each year. In the past 20 years federal funding to states for sewage infrastructure has been cut by 70 percent. NYS Department of Environmental Conservation (DEC) has estimated a $36 billion price tag to properly address New York’s wastewater infrastructure needs in the coming 20 years.

“Riverkeeper’s study provides a roadmap for identifying sources of pollution on the Hudson,” said Tracy Brown, Riverkeeper’s water auality advocate and the report author. “The good news is that sewage contamination in the Hudson tends to stay near the source, so communities that have high or frequent levels of contamination on their shorelines can track down and eliminate the sources and improve their local water quality.”

Riverkeeper is working with citizens, agencies and elected officials throughout the region to identify and eliminate sewage pollution. “How Is the Water?” details actions that can be taken now to reduce sewage pollution and inform the public on where and when it’s safe to get in the water. In addition to investing in infrastructure, Riverkeeper is calling for increased water quality monitoring and public notification to provide the information communities need to address their local sewage problems.

Riverkeeper is calling on New York State to increase its enforcement efforts on the Hudson and to update our outdated State Recreational Water Quality Standards. Currently NY State uses only a geometric mean standard (a weighted average) for assessing and reporting on Hudson River water quality. Riverkeeper wants a single sample standard used as well, consistent with beach standards, to better inform and protect the public from the highly variable water quality conditions found in the Hudson. This is especially important in the 9 communities on the Hudson that have Combined Sewage Systems that release large pulses of raw sewage and stormwater when overloaded during rain events. These Combined Sewer Overflows (CSOs) contribute billions of gallons of sewage pollution to the River and our waterfronts each year.

“This report should be a wake-up call for policymakers at every level,” according to Hudson Riverkeeper Paul Gallay. “Wastewater treatment plant investment and clean water law enforcement have dropped significantly over the past twenty years. Is it any wonder that we continue to see water quality problems on the Hudson and its tributaries? The good news is that the six smart, cost-effective actions that Riverkeeper proposes in How is the Water? 2012 can put us squarely back on the road to better water quality.”

Summary of Key Findings
1. Water quality varies greatly location by location.
2. Water quality varies greatly over time.
3. Individual sample sites vary in both the degree (how high the sewage concentration is), and the frequency (how often it occurs) of contamination
4. Rain events are a common trigger of sewage pollution releases.
5. Sewage contamination is often higher near the shoreline and at the confluence of tributaries than elsewhere in the estuary.

As the Hudson River becomes increasingly popular for recreational water sports, Riverkeeper remains the only source for water quality data across the region. Their ongoing study, which publishes data each month (May through October) to www.riverkeeper.org/water-quality/locations, has led to an increased awareness of this harmful pollution and to important policy changes such as the Sewage Pollution Right to Know Law that will go into effect May 2013.

This study was conducted is collaboration with scientists for Lamont-Doherty Earth Observatory at Columbia and Queens College, City University of New York.