A Tribute to Joni Mitchell 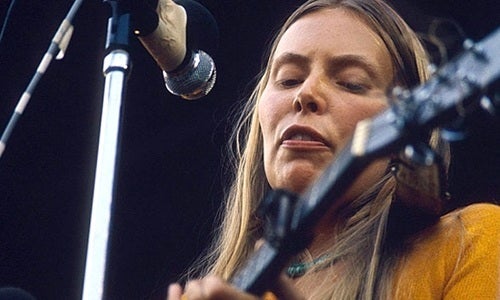 On March 31, Joni Mitchell—who helped launch Greenpeace with a 1970 benefit concert, and emerged as one of the greatest songwriters and performers of the last 50 years—experienced a brain aneurysm. Friends found her unconscious at her home in Los Angeles. She regained consciousness in the ambulance and entered intensive care at UCLA Medical Center. She was alert and communicating before and after treatment.

“Joni is a strong-willed woman,” her friend Leslie Morris said, “and is nowhere near giving up the fight.” The public may send messages to Mitchell at We Love You, Joni!. Joni is now at home in Los Angeles and undergoing daily therapies. Although her condition is serious, a recovery is expected.

I first heard Joni Mitchell’s music in the summer of 1969, when Stephen Stills introduced her at the Big Sur Folk Festival in California. A year later, I saw her at the Isle of Wight festival in England, with some 600,000 other music fans drawn by stars of 1960s music: The Doors, The Who, Miles Davis, Jimi Hendrix, Donovan, Joan Baez and Joni Mitchell. 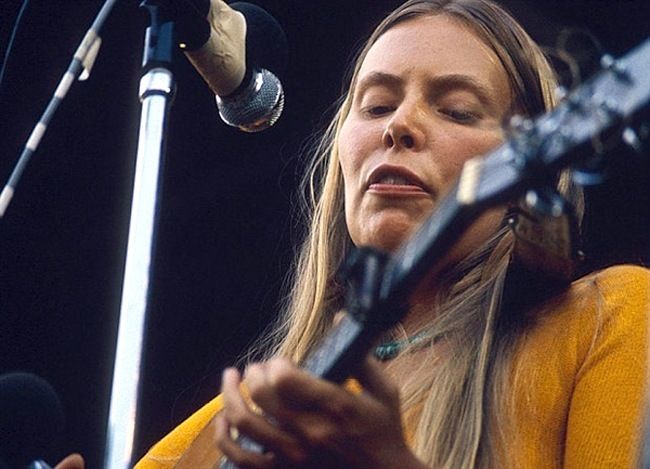 By Saturday, when Mitchell played, fans outside the fence—who could not afford the £3 (about £30 or €40 today) weekend ticket—had grown restless. They stormed the corrugated iron barriers and broke through, as Mitchell sang her new song “Woodstock … we are stardust, we are golden …”

A young man rushed onto the stage shouting that the festival should be free. A visibly shaken Mitchell—26, and just beginning her career—stopped her performance. “Look, I’ve got feelings, too,” she pleaded in a trembling voice. “It’s very difficult to lay something down before an audience like this. Please be respectful.” The vulnerable young artist broke down into tears and left the stage, but returned to perform her current radio hit, “Big Yellow Taxi,” singing, “You don’t know what you’ve got ’til it’s gone.” She then left the stage, weeping in her manager’s arms. The scene felt heartbreaking.

A year later, Mitchell headlined the concert in Vancouver, Canada that launched Greenpeace.

Joni Mitchell was born Roberta Joan Anderson, on Nov. 7, 1943, in Fort Macleod, Alberta, where her Norwegian father instructed young World War II pilots at the Canadian airbase. Her Scots/Irish mother inspired a love for literature, her father urged her to study piano, and she taught herself guitar from a Pete Seeger instructional record. 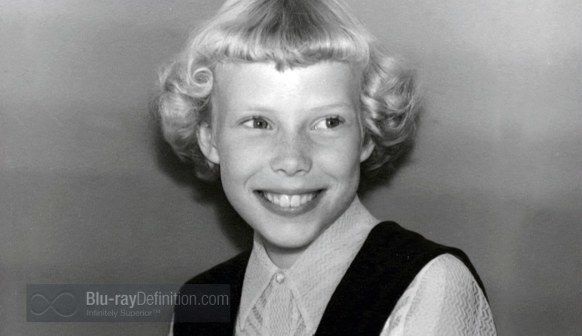 Polio struck her at the age of nine, and in the hospital, she performed songs for other patients. She recovered, but the polio limited her dexterity, and she found normal guitar fingerings difficult. She devised alternative tunings to make complex chords easier to play. By 1961, she was performing in Saskatchewan nightclubs and attending art school. In 1962, Joni played her first paid gig at the Louis Riel folk/jazz club in Saskatoon.