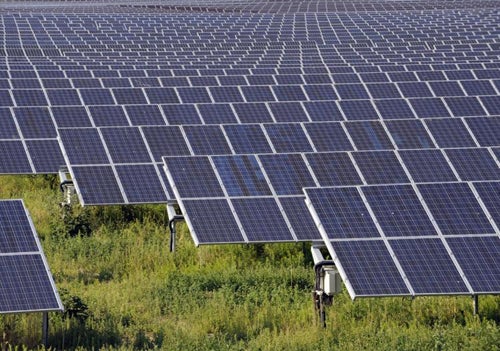 Without a hammer, the house designs of the world’s greatest architect are worthless. Without a kitchen, a five-star chef’s recipes are of no use. And environmentalists who dream of a sustainable world but are without the tools to build it can’t do much.

A small energy company wants to build a wind farm. A young person hopes to be an organic farmer. A homeowner looks to erect solar panels on her roof. A school aspires to super-insulate its building. An entrepreneur plans to start a local organic food business. Another wants to start a local construction business to build the highly energy-efficient and furnace-free Passiv Haus.

What do these steps toward sustainability have in common? They all require an upfront capital investment, namely money. Initially, it takes some green to be green. Without financing the best intentions to cut carbon fall short.

Ohioans can try to conserve energy at home, but if 86 percent of their electricity is coming from coal-fired power plants, how much progress can be made? And in a poorly-insulated, drafty house, or driving a gas-guzzler how much energy can one save? At some point personal behavior changes aren’t enough. To become sustainable, we need large-scale investments, which require capital.

Unfortunately money and lines of credit to do so are not easy to come by these days. Many of us are barely able to keep up with our current expenses and increasingly governments are cutting back. Let’s face it: The financing for sustainable infrastructure projects and start-up businesses comes from private banks, lending at compound interest. If they won’t lend, we can’t go green.

For example, the village of Yellow Springs, where I live, recently cancelled a contract with Columbus-based SolarVision to build a $10 million 2.5-megawatt solar farm on municipal land that was expected to provide 10 percent of the town’s electricity. In 10 years, the community could have purchased the array to have a secure, renewable, locally-produced power source for decades to come.

But the deal was called off because SolarVision struggled to raise money from so-called institutional investors, such as banks, insurance companies and mutual funds, which are now seen as reluctant to support renewable energy projects in the wake of the Obama administration’s Solyndra fiasco last year, as well as concerns that Ohio may revoke its renewable energy portfolio standard, according to Mike Dickman, SolarVision’s vice president. “With all of that, it makes investors run hot and cold,”  he said.

If SolarVision could successfully raise the $60 million to $80 million it needs for its planned 10 Ohio solar projects totaling 20.5 megawatts, it could nearly double the current solar capacity of the state. What stands between Ohio and green electricity—and other sustainability projects—are the banks and other reluctant investors.

There has to be another way. In other words, how can we get access to the financial tools necessary to build a sustainable world? The answer may be through public banking, and one state, North Dakota, points the way.

That’s because North Dakota is home to the nation’s only state-owned bank, created in 1919 following a tide of farm foreclosures. The bank, with state revenues as its primary deposit base, leverages capital to lend directly or through partnering with community banks to promote development of commerce, agriculture and industry in the state, whose population of slightly less than 700,000 is about one third the size of metropolitan Cleveland’s.

The North Dakota bank makes loans to local businesses, farmers, college students and others. By partnering with the state bank, local banks can expand their loan portfolios, make bigger loans, retain customers and better compete with the big Wall Street banks. And the interest payments which go to the state bank could be used for additional lending as well as to reduce state taxes.

How exactly would public banks accelerate sustainability efforts though? According to a fact sheet  prepared by green-conscious organizers for a proposed public bank in the District of Columbia in the nation’s capital, public banks can help re-localize goods and services within a local economy thus reducing a community’s dependence upon global trade and its high energy costs. And these public banks can invest in infrastructure for electric vehicles, building efficiency improvements, small organic farms and local food distribution systems and community composting and recycling programs.

North Dakota, incidentally, has the lowest unemployment rate in the country and is the only state to have a significant budget surplus every year since the financial crash of 2008, while most states currently have budget shortfalls, according to the California-based Public Banking Institute, which also says that legislation to create a state-owned bank or study the idea has been introduced in about a third of the states since 2010. Ohio is not one of them.

However, at the request of Ohio Rep. Nan Baker the Ohio Legislative Services Commission studied the North Dakota model last year, comparing it with current lending programs in Ohio. The commission’s cursory report suggests that a state bank in Ohio, with all state money deposited in it, would adversely affect financial institutions which now act as public depositories for state funds. But the report does note that the Bank of North Dakota has transferred $555 million in profits to North Dakota’s general fund since 1945. (Over the last decade the amount transferred into the general fund has increase to about $30 million a year).

The recently formed Public Banking Institute is promoting creation of public banks in states, counties and cities across America and kicked off this effort with its first national conference in Philadelphia in April.  The institute sees public banks as a way to increase government revenues and reduce the pressure for tax increases as the nation confronts the economic crises in the U.S. states.

With the public banking movement gaining momentum, many Americans have been moving their deposits from large commercial banks into community banks. According to the Move Your Money Project, an estimated 10 million accounts have left the largest banks since 2010 while credit union assets rose above $1 trillion this year for the first time ever. And as part of re-localizing our economies, Americans could also divert their investments from Wall Street, which total an estimated $30 trillion, into such ventures as investing in local enterprises and start-ups, upgrading their homes and otherwise financially supporting community sustainability efforts.

Investing in our own communities, combined with promoting public banking in our states, counties and cities, are important steps to take in seeking to channel our savings, investments and tax dollars into building the physical and financial infrastructures that will allow us to live more resiliently on far less energy as we face the consequences of dwindling fossil fuels, climate change and economic decline in the 21st Century.

Film4Climate: Are You Ready to Tell a Story That May Change the World?