A Surprising Study of Backyard Bees 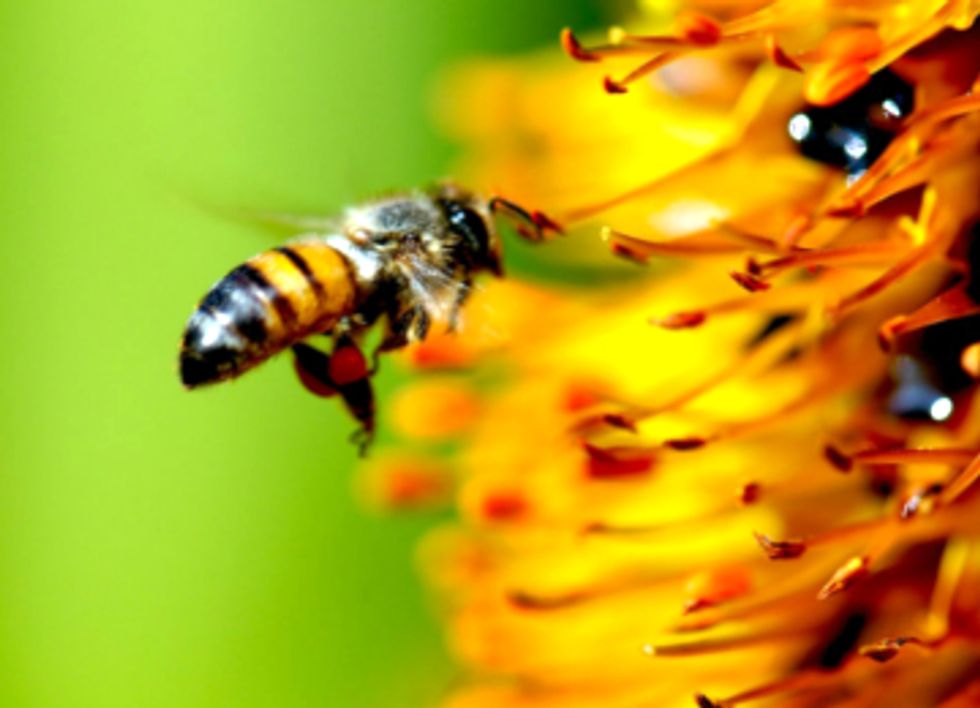 Until a few months ago, if someone said the word “bee,” I’d immediately picture the familiar black-and-yellow-striped honeybee or perhaps a big, fuzzy bumblebee—both regular summer visitors to the flowers in my yard.

“The long-faced
Bombus auicomus has no qualms about living in our inner cities,” Droege says. “A species found regularly in urban areas, it is uncommon elsewhere.” This specimen was collected along some power lines in Baltimore, MD.

But a trip last spring to the U.S. Geological Survey (USGS) Patuxent Wildlife Research Center completely changed my notion of what a typical bee looks like. Researching a story, On the Trail of Native Bees, in the current issue of National Wildlife, I spent the afternoon with USGS biologist Sam Droege, who showed me specimens of hundreds of U.S. bees, just a tiny fraction of the more than 300,000 bees sent to him from more than 10,000 locations around the country.

Droege calls this stunning species “the original Metallica.” This individual, a female, was found “sonicating” a tomato flower—vibrating its wing muscles to encourage the flower to release pollen—in a Maryland backyard not far from Washington, DC.

It turns out that most wild bees are nothing like the handful of species I was familiar with. While honeybees and bumblebees live in large colonies, for instance, the majority of native bees are solitary. According to Droege, this solitary lifestyle may mean they are less susceptible to the parasites and diseases plaguing colonial honeybees and several bumblebee species.

Less than a half inch long, this pollen-covered female was discovered in Philadelphia’s Morris Arboretum. Sometimes called a sweat bee,
H. ligatus ranges from the Atlantic to the Pacific and from southern Canada to the Gulf of Mexico.

Seven years ago, when honeybees began to decline dramatically, many people feared that all bees were in trouble. Yet, except for some bumblebee species that are disappearing, no baseline data exist on native bee populations in this country and how they are changing—honeybees are native to Europe. The need to learn how these critical pollinators of crops and native plants are faring led Droege to launch an ambitious, all-volunteer effort to inventory and monitor the nation’s more than 4,000 native bee species.

A. aurata is one of the most common bees of eastern North America. Ranging from northern Mexico up to Colorado, Minnesota and New England, it is a “ubiquitous greenling of gardens and fields that is only the size of a grain of rice,” says Droege.

As the specimens I saw in Droege’s lab showed, the majority of wild bees also look quite different than honeybees and bumblebees. For one thing, most are very small, and they come in a startling variety of different shapes and colors. Pictured are just seven bees from Droege’s vast collection, all of them found—and in some cases, common—in backyards and other urban or suburban areas.

This small hole-nesting bee was found in a garden at Wolf Trap National Park for the Performing Arts just outside Washington, DC.
H. carinatus is “tiny enough to make its nest in the retired abodes of powder post beetles,” Droege says.

View a slideshow of more native bees or see and download the project’s more than 1,000 wild bee and other insect photos free of charge here.