A Summer of Extremes Signifies the New Normal 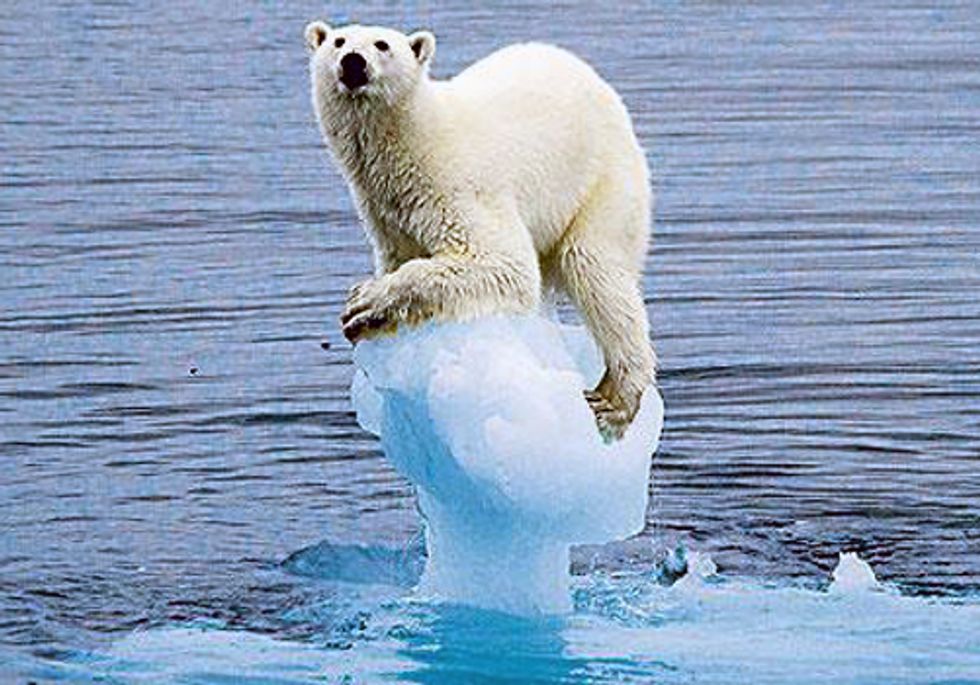 Just as the baseball season now stretches nearly into November and the National Football League keeps adding games, so the summer season is in danger of extending on both ends, a kind of megalomaniac power grab fueled by the carbon pouring into the atmosphere.

In fact, you could argue that the North American summer actually started two days before the official end of winter this year, when the town of Winner, South Dakota turned in a 94-degree temperature reading. It was part of that wild July-in-March heat wave that stretched across two-thirds of the country, a stretch of weather so bizarre that historian Christopher Burt called it “probably the most extraordinary anomalous heat event” that the nation has ever seen. International Falls, “the icebox of the nation,” broke its heat records 10 straight days, and Chicago nine. In Traverse City, Michigan, on March 21, the record high was 87 degrees. But the low was 62 degrees, which was 4 degrees higher than the previous record high. The technical word for that, is insane.

And it wasn’t just the U.S.—new March records were set everywhere from Perth to Reykjavik, not to mention (this is the gun on the wall in Act One) Summit Station at the top of the Greenland Ice Cap. Plants, responding in their plantlike ways, blossomed. And so, though April was warmer than normal, the expected frosts killed an awful lot of fruit before it could ever get started. Traverse City, for instance, sits at the heart of the U.S. cherry crop—but not this year. Still, April was a warmish pause, and May warm as well, with the heat gathering. And then right around the solstice in June, all hell broke loose—or at least something of a similar temperature.

While Tropical Storm Debby, the earliest fourth-named storm ever, was drenching Florida, fires were breaking out in New Mexico and Colorado that would become the largest and most expensive in those states’ histories. As the Front Range of the Rockies set all-time temperature records, horrible wild fires obliterated homes in Colorado Springs and Fort Collins. (They also chased the world’s premier climate researchers from their offices in Boulder, though that didn’t stop them from explaining to reporters that global warming was “setting the table” for these blazes.)

And then the heat started moving east. They’ve been taking the temperature in Dodge City, Kansas since 1874 (one of the longest continuous readings in the country), and June 27 was the very first time it had reached 111 degrees. And it just kept getting hotter as the high pressure slid east—Tennessee, Georgia, Kentucky, Illinois, the Carolinas, Virginia were all in the triple digits day after day after day. Some “relief” came in the form of a derecho (new occasions teach new words), a “straight line wind” that blew from Indiana to the Atlantic Ocean in a matter of hours, knocking out power for 5 million people, many of whom sweltered for days since the heat simply picked back up where it had left off. Things got so bad in Washington, D.C., where the longest heat wave ever recorded stretched into July, that one TV weatherman simply asked “Do you have a walk-in freezer you can move into for the weekend?”

And almost unnoticed, a young ice researcher named Jason Box published a paper predicting that sometime soon the top of the entire Greenland ice sheet would get warm enough to melt. “We’re near a tipping point,” he said.

As Americans sweltered through the record temperatures, and as the wildfires sent plumes of smoke across the continent and as utilities tried to patch up the storm-damaged grid, a new specter started stalking the nation. As usual, the money guys noticed first: the price of corn spiked 12 percent in two days right at the end of June, as fear began to build that the heat was damaging crops across the midwest. And not just the heat—the same high pressure that was letting temperatures soar also blocked storms from watering the country’s midsection. (July, it would turn out, saw the lowest number of tornadoes in history, which was about the only good news.)

Soon the story was relentless drought. Farmers reported that corn plants were going into “defensive mode,” rolling their leaves to prevent water loss. Experts on the evening news were explaining corn sex—how it could simply get too hot and dry for the plants to fertilize. (As one agronomist put it, “we’re in uncharted water, except there is no water.”) Shots of cracked earth and stunted ears of corn were the new commonplace, as the size of the drought matched the worst of the 1980s, and then the 1950s, and then had the meteorologists pulling out their charts to see what the Dust Bowl had looked like. (A lot like this, as it turned out.) July turned out to be the warmest month ever recorded in the United States, any month, any year.

State fairs reported small pigs (“they don’t have their virility in this heat”), and ranchers reported that bulls were, well, uninterested once the heat topped 105. Agribusiness had federal crop insurance to turn to—the big losers were, as usual, people in poor countries around the world. Because it wasn’t just the U.S. grain harvest that was failing—drought across Russia was tempting the Kremlin to shut down grain exports for the second time in three years and the Indian monsoon was fitful at best, with large parts of the subcontinent’s grain belt in official drought. Corn and soybeans were fetching 30 percent and then 40 percent more then they had just weeks before. Where it wasn’t drought, it was deluge—the U.K. was enduring the wettest weather in its history and Beijing the worst flooding in its modern history.

And Greenland? In Greenland in July they set a new all-time temperature record on the top of the glacier. Which is pretty much exactly where you’d least want to set a new record, considering that there’s 20 feet of sea level in that block of ice. Just as researcher Jason Box had predicted six weeks before, satellites showed a day when the top of the entire ice sheet turned to liquid.

Meanwhile, the surrounding Arctic Ocean spent all summer melting ahead even of 2007’s record pace—at first it was out front just by a nose, but then as August came on, the melt accelerated, until an area the size of South Carolina was vanishing daily. On Aug. 26, with almost a month left in the melt season, the old record low for summer sea ice extent disappeared beneath the waves.

I could go on and on with accounts of this wildest of summers: “refugee camps” for livestock in arid India; the warmest rainstorm ever recorded in Mecca in early summer (109 degrees), a mark that lasted about six weeks until it was broken in the California desert in August (115 degrees); traffic on the Mississippi grinding to a halt as the water level fell and fell and fell; a record area of the continental U.S. burned by wildfires before the summer was even over. Ad infinitum.

But best to end with the words of our leading climatologist, James Hansen, who in August published a peer-reviewed paper in the Proceedings of the National Academy of Sciences. As he had at every stage of the global warming saga, Hansen laid out what was happening with devastating clarity. There’s always been extreme heat, he showed—but the one-degree increase in global temperature we’ve seen so far has been enough to shift the bell curve sharply to the left. In the old summer, the one most of us grew up in, 0.1 to 0.2 percent of the surface area of the planet was dealing with “extreme heat anomalies” at any given moment. Now it was approaching 10 percent. The math, he said, was clear: It “allows us to infer that the area covered by extreme hot anomalies will continue to increase in coming decades and that even more extreme outliers will occur.”

In other words, this is no freak summer. This is how the earth works now.