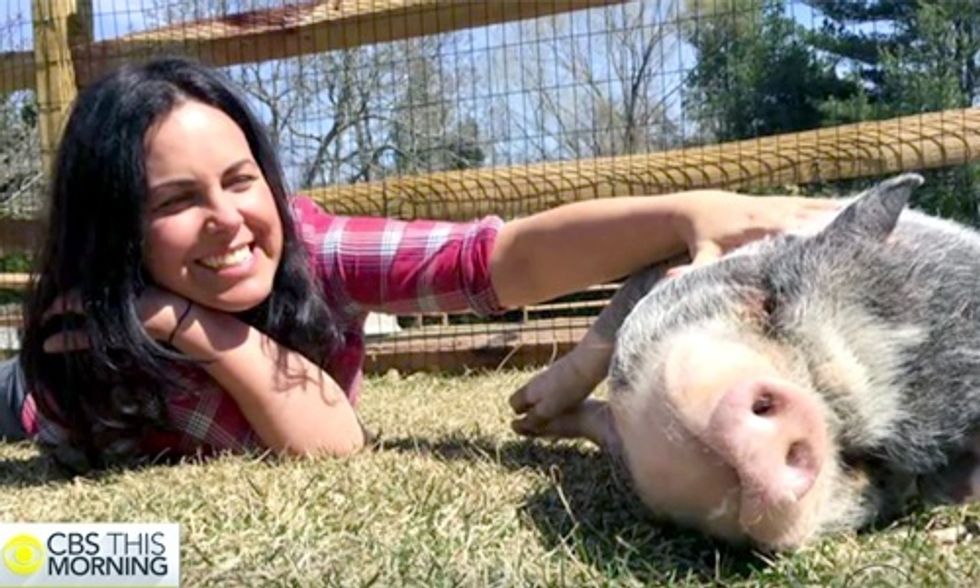 After months of rumors, it was confirmed this past weekend that Jon and Tracey Stewart are turning their 12-acre farm in Middleton, New Jersey into a Farm Sanctuary site. It will be the fourth such Farm Sanctuary with other locations in upstate New York, and Northern and Southern California.

The Stewart's have worked with Farm Sanctuary for years, especially Tracey, who is a vegan and the editor-in-chief of the online parenting magazine Moomah. Her book, Do Unto Animals, was published a week ago. Last April, Jon hosted Farm Sanctuary president and co-founder Gene Baur on The Daily Show.

Gayle King of CBS This Morning visited the Stewart's last week at their farm for the couple's first interview.

Want to Avoid Toxic Cosmetics? Look for This Mark