A Pray-In for the Climate at the White House on Jan. 15 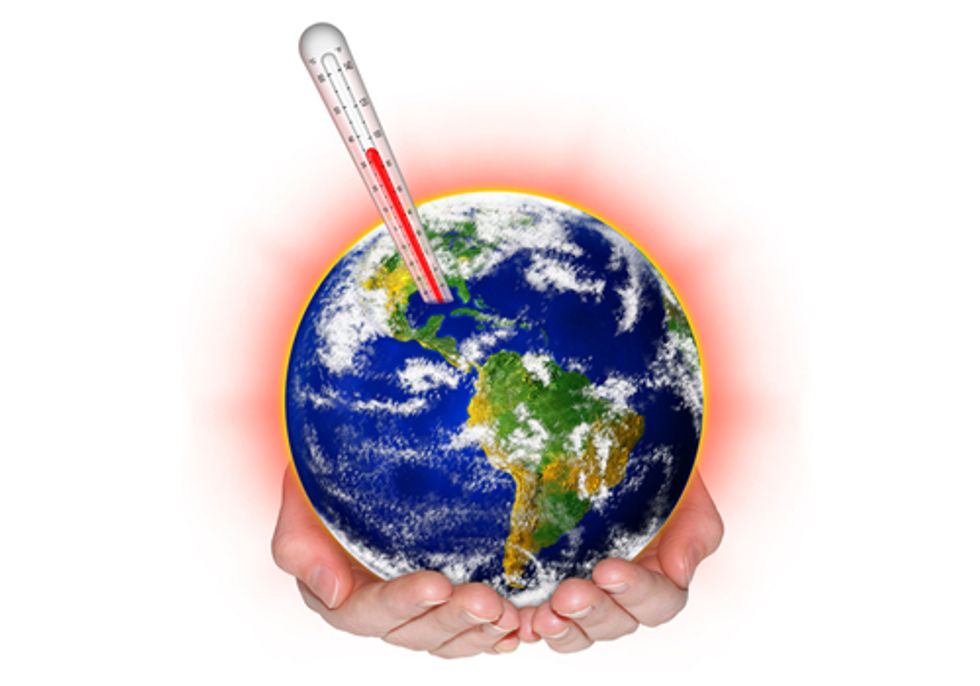 We are facing a climate cliff, and we are calling upon religious and spiritual leaders, other believers and all people of good will to join us to address its danger by participating in A Pray-in for the Climate in front of the White House in Washington, DC, on Tuesday, Jan. 15, 2013.

Superstorm Sandy, the drastic droughts in our corn country, record-breaking Arctic ice melt and unheard-of floods in Vermont, let alone disasters in Australia, Russia, Pakistan and Africa, all warn us—the disruption of our planet will not wait for our “normal” political paralysis to end.

We are inspired by the words of Dr. Martin Luther King, Jr., whose 84th birthday we will celebrate on Jan. 15:

“We are confronted with the fierce urgency of now ... Over the bleached bones and

jumbled residue of  numerous civilizations are written the pathetic words:

If we go over the climate cliff now, our grandchildren will live in misery and suffering.

Fifty years ago, our country faced a crisis of racial inequality in the U.S. that was a basic threat to justice and democracy. Religious communities and others acted, and we made a difference.

Today’s deepest crisis is the danger facing the web of life upon our planet, including the human race—especially the poorest and most vulnerable.

Out of our moral commitment to protect and heal God’s Creation, our religious communities need to be calling for a set of first-step changes that will sow the seeds of greater change, by committing the President and Congress to vigorous action on climate change. And we should pose those demands in such a way that we are addressing not only our government, but also religious communities throughout the country.

For these reasons, Interfaith Moral Action on Climate (IMAC) is planning A Pray-in for the Climate.

IMAC is a collaborative initiative of religious leaders, groups and individuals that came together in 2011 in response to the pressing need for more visible, unified, prophetic action to address the climate crisis. As people of faith and spirituality, we feel compelled by our traditions and collective conscience to take action on this deeply moral challenge.

Jan. 15 is close enough to Inauguration Day (Jan. 21) to make the connection with what the President should be doing in his second term, and far enough away that the action won’t drown in the media swamp.

And, it is the actual birthday of Dr. Martin Luther King, Jr. The action will be carried out in the spirit of his work. We will gather at 11 a.m. at New York Avenue Presbyterian Church, a few blocks from the White House. At Noon, we will walk there in a religious procession and join our voices in a prayerful vigil. We will be praying that President Obama and all of us find the strength and wisdom to lead our country and world away from the climate cliff.

Some participants may feel called to risk arrest by nonviolently disregarding the conventional regulations and assuming positions of prayer in the area near the White House fence.

We expect to be joined by survivors of superstorm Sandy and their religious leaders from communities like the Rockaways and Staten Island in New York City.

What will we be urging that the President do to meet the needs of this critical hour in planetary time?

1. Permanently refuse permits for the Keystone XL tar sands pipeline, because tar-oil is among the most dangerous of the planet-heating forms of carbon.

3. Publicly support and advocate for a carbon fee that will generate hundreds of billions of dollars, with provisions to ensure that working families and the poor are not harmed by higher carbon prices; for an end to subsidies to the coal, oil and gas industries; and for substantial subsidies for research, development, and use of renewable, sustainable and jobs-creating clean energy sources.

To our President and Congress we address the prophetic words of Dr. King spoken at another moment of crisis:

“This is a time to break the silence!”