A New Beginning for Climate Reporting 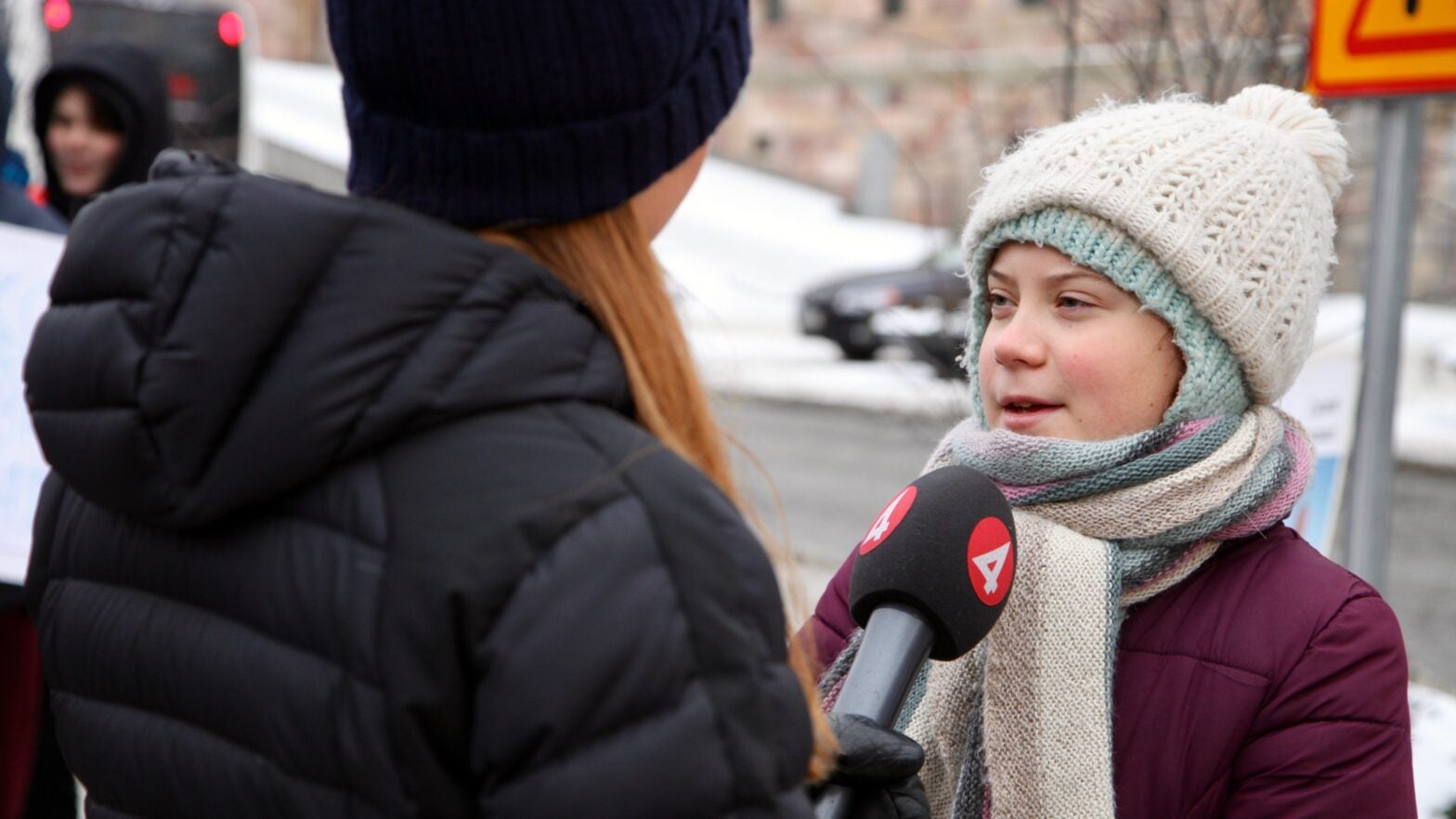 By Mark Hertsgaard and Kyle Pope

It’s been 30 years since Bill McKibben rang the warning bells about the threat of man-made climate change — first in a piece in The New Yorker, and then in his book, The End of Nature.

For most of that time, the response from most quarters of the media, especially in the U.S., has been either silence or, worse, getting the story wrong. Reporters and their news organizations sidelined climate stories as too technical or too political or too depressing. Spun by the fossil fuel industry and vexed by their own business problems, media outlets often leaned on a false balance between the views of genuine scientists and those of paid corporate mouthpieces. The media’s minimization of the looming disaster is one of our great journalistic failures.

It is heartening, then, to report that the press may at last be waking up to the defining story of our time. At the end of April, Columbia Journalism Review and The Nation launched Covering Climate Now, a project aimed at encouraging news organizations, here and abroad, to raise their game when it comes to climate coverage. We weren’t going to tell people what to write or broadcast; we just wanted them to do more coverage, and to do it better. Close the gap, we urged them, between the size of the story and the ambition of your efforts. Try it for a week, then report back on what you learned.

We had a hunch that there was a critical mass of reporters and news outlets that wanted to do more climate coverage, and hoped that by highlighting that critical mass, we could also help to grow it. That’s exactly what has happened. Our initiative has been embraced by more than 250 news outlets from across the U.S. and around the world — big outlets and small, print and digital, TV and radio — with a combined audience of well over 1 billion people. Their response has been amazing, and gratifying.

We believe that Covering Climate Now is the biggest effort ever undertaken to organize the world’s press around a single topic. (You’ll find a list of partners here, and you can follow all of us on Twitter at #CoveringClimateNow.)

Our week of focused climate coverage began Sunday and will continue through next Monday, Sept. 23, the day of the United Nations Climate Action Summit in New York. And there’s more to come after this week is over; the climate story is not going away, so neither are we. We’ll be talking to our newsroom partners about what they learned this week, what they need to continue the momentum, what they can learn from one another, and where we go from here.

We are thrilled that Covering Climate Now has flourished. Yet what has also become clear in the five months since we began this effort is the enormous amount of work that remains to be done in order for the media to get this story right. In talking with dozens of reporters, producers and editors, we’ve learned a lot about the ambitions that newsrooms have for improving their climate coverage, but we’ve also seen where roadblocks remain.

As the scientists have been telling us with increasing urgency, humanity’s window to transform our world is shrinking fast. Transforming the news media is fundamental to achieving that goal.

What misconceptions remain? What’s keeping newsrooms from doing more? Here are some roadblocks that stood out in our conversations.

We don’t know where to start.

One of our most sobering conversations came during a meeting inside one of the world’s biggest news organizations, with a group of people asked by their boss to improve their climate coverage. These people were eager to embrace our project and had the resources to do it. But they had no idea how to begin:

Where do we come up with story ideas? Who should our sources be? Can you help us think this through? Their response stunned us, given the size of the newsroom around us, but it reminded us early on in this process that in many cases, we’re starting from scratch. We’ve written before, critically, about why this should not be the case, about how the media’s avoidance of the climate story has been an epic fail. Going forward, our focus will be on helping this newsroom, and others like it, get better.

Our viewers will think we’re activists.

Many journalists and news executives continue to see climate coverage as political and worry that more coverage will be seen as activism.

We heard it from numerous newsrooms, and not just in those places where climate-denying politicians still hold sway. We think this concern distorts what newsgathering is about. Journalism has always been about righting wrongs, holding the powerful to account, calling out lies. It is in our best traditions to shine a light on our most vexing problems, in order to help fix them.

It’s too late; the problem is too big for us to make any difference.

Good journalism often makes things happen, though not always on the timeline we’d like — if at all. The public doesn’t respond; readers feel powerless; entrenched players outmaneuver reporters. That is part of how it works, too. But few reporters would still do the work if they believed it made no difference. It’s our journalistic responsibility to convey what is happening and why, as well as who is trying to fix it, and how. That’s our job as storytellers.

Readers will find this depressing and tune out.

News organizations that have embraced climate coverage find that audiences — particularly younger viewers, listeners, and readers — are, in fact, enormously engaged in the coverage. They may get angry or energized or organized by climate stories, but they don’t tune them out. It is a strange time when journalism’s leaders argue against covering a subject that’s undeniably important simply because they’re worried their audience may find it challenging. Is this really where you want your newsroom to be?

There are a number of media outlets — not enough, but a number — that already are producing excellent climate coverage. (Our lead media partner, The Guardian, is at the top of that list.) But others declined to join this effort because they didn’t see how it would help them; they already know the climate story, and believe they are covering it aggressively. We found those responses disappointing.

This is a chance for big media organizations to lead, and to help others along. The climate story stretches across all journalistic beats; it demands that we dismantle the usual silos. Covering it well may require a bit of cooperation and collaboration that is antithetical to how we usually work. Take this on as a problem that is bigger than your own newsroom.

All of these challenges are surmountable. Throughout this week, you’ll hear from hundreds of newsrooms that have overcome them. Two hundred and fifty media organizations, more than 1 billion people. Those are big numbers. And they are just the beginning.

Kyle Pope is the editor in chief and publisher of the Columbia Journalism Review.

This story originally appeared in The Nation. It is republished here as part of EcoWatch’s partnership with Covering Climate Now, a global collaboration of more than 250 news outlets to strengthen coverage of the climate story.