A Look Back Suggests More Catastrophic Fires ahead for Western U.S. 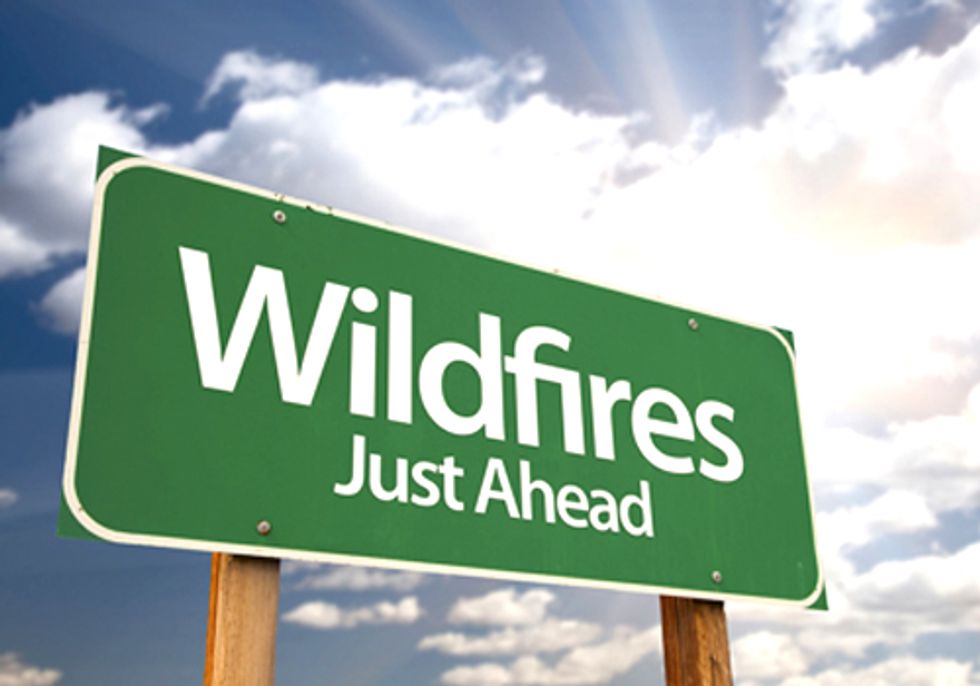 Catastrophic wildfires are on the rise in the western U.S. and a set of conditions may be contributing to a perfect storm for more fires, according to Northern Arizona University's (NAU) Scott Anderson, professor in the School of Earth Sciences and Environmental Sustainability.

Anderson said increased fuel loads in the forest are a result of fire suppression, a practice that, when combined with a projection of increasingly drier climates ahead, spells a recipe for increasing disaster for forested ecosystems.

While grazing and fire suppression have kept incidents of wildfires unusually low for most of the last century, the amounts of combustible biomass, temperatures and drought are all rising. The result, Anderson said, is a “fire deficit” in which current conditions and past fire suppression practices have pushed fire regimes out of equilibrium with climate.

“In the near future, since our forests and their fuel loads are not in balance with their natural fire regimens, we can expect to see additional huge fires such as last year’s Wallow Fire that burned 540,000 acres in Arizona and Las Conchas Fire that burned 156,000 acres in New Mexico,” he said.

Anderson and a team of researchers combined resources to examine existing records on charcoal deposits in lakebed sediments, which established a baseline of fire activity throughout the region. The team published its findings last week in the journal of The Proceedings of the National Academy of Sciences. The full research study is available online.

“We were able to link fire to changing climate in the West for much of the last 3,000 years,” Anderson said. “With the increase of Euro-Americans in the West, the patterns began to change, first with large fires associated with indiscriminate land clearance, railroad construction and so on, then later with fire suppression.”

Wildfires have been debated for years as either a destructive force of nature that should be eradicated or natural disturbance that keep ecosystems healthy. National policy over the last century had been to respond rapidly to suppress all wildfires, but with increasing occurrence of catastrophic wildfires in the region such practices have come into question. In recent years local forest managers have been given more latitude to evaluate which fires to suppress while ensuring public safety.

Anderson’s research could lead the way to reshaping policy on wildfire response and natural resource management, but he cautioned such a change might be too little too late.

“The fire deficit situation is unsustainable, now and long into the future,” he said. “If it is not addressed quickly—and many of us believe it is too late already—it will likely lead to widespread and long-enduring changes in forest types across the West.”