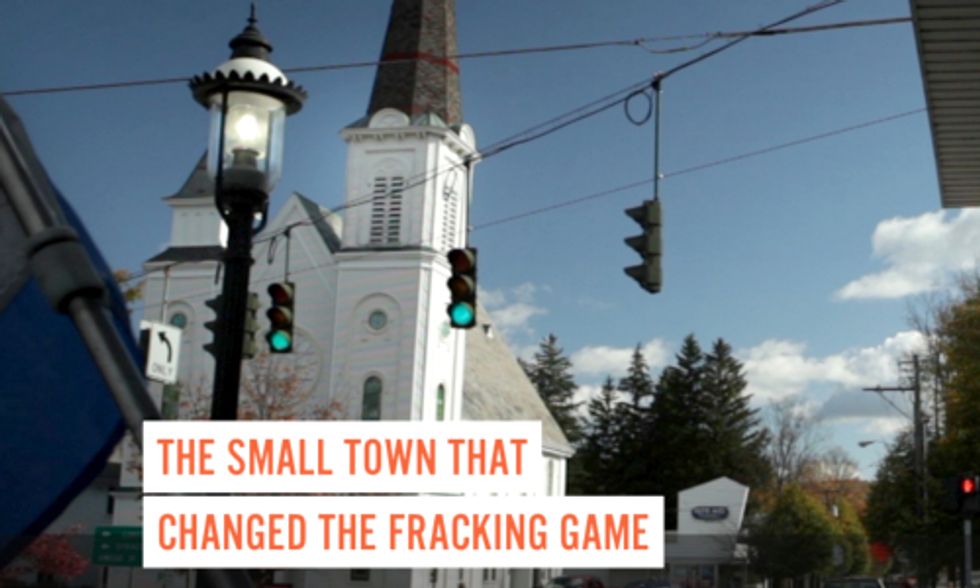 A small-town fracking ban took place nearly three years ago in upstate New York, but that doesn't make it any less monumental.

That's why Earthjustice produced a new video examining how Dryden, NY's ban happened and why it remains as an inspiration to cities across the country hoping to fight fracking.

"My voice, by itself, carries very little weight," said Marie McRae, a resident who galvanized the community to support a ban, "but when I join my voice with my immediate neighbors, with the larger community that I live in, we all together have a voice that's loud enough for our elected officials to hear."

The town's governing body banned fracking in August 2011 and withstood subsequent, corporate lawsuits attempting to overturn the decision. The short video was selected for the Gasland blog's movie of the week. Lee Ziesche, Gasland's grassroots coordinator, said she thinks, "wow, that's what democracy looks like," when watching the video.

"Every community across this nation can do exactly what Dryden did," resident Joanne Cipolla-Dennis said in the video.

"You have to care about each other. That's the American dream ... you count on your neighbor."