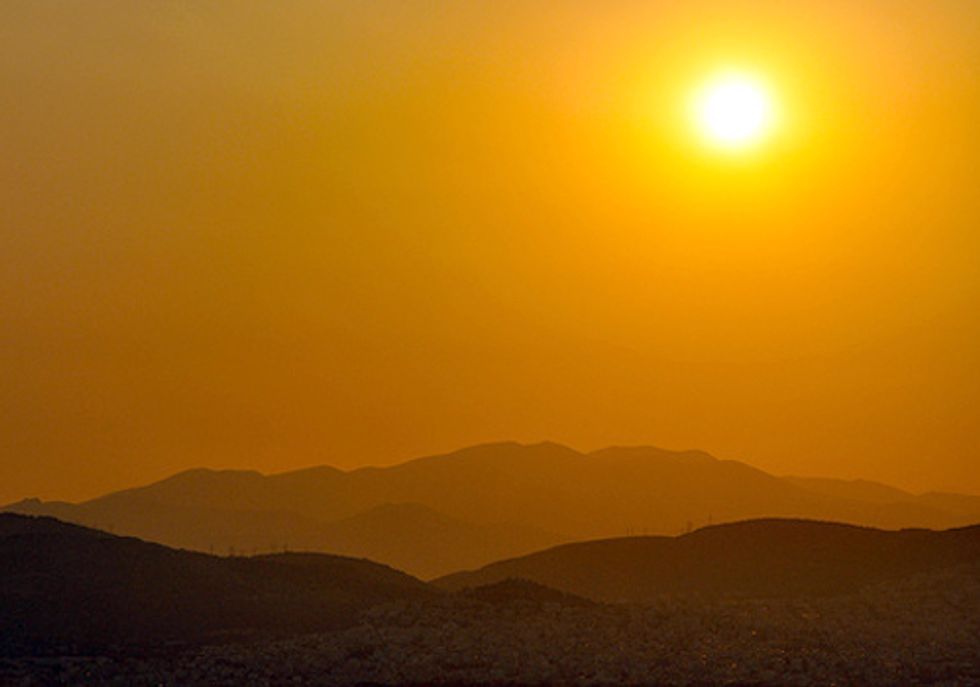 It's turning into a hot climate summer in two ways, only one of which you can measure with a thermometer.

Amidst the deepening drought, the summer's fourth heat wave and the continued western fires, there's something else breaking out: a siege of citizen uprisings at key points around the country all designed to keep coal in the hole, oil in the soil, gas ... underground.

Ever since the mass arrests protesting the Keystone pipeline last summer (the largest civil disobedience action in the U.S. in 30 years) there's been renewed interest in confronting the fossil fuel industry and its political enablers. Some have been following this path for years, of course—late next week, beginning July 25, opponents of mountaintop removal coal-mining will resume their long-standing (and increasingly successful fight), with a week-long Mountain Mobilization that will likely include civil disobedience.

A few days later, activists from around the country will descend on Washington, D.C. for a rally against fracking—perhaps the fastest-growing wing of the environmental movement. That gathering won't lead to arrests, but others will.

Earlier this week, for instance, Ohio protesters chained themselves to the gates outside a so-called injection well, not far from where earlier this year disposal of fracking water had helped trigger a swarm of earthquakes. And just yesterday Josh Fox and Mark Ruffalo announced plans for an August 25 gathering designed to keep fracking at bay in New York State.

From August 10-20, Montana protesters will hold a multiday sit-in designed to stop opening up of massive new coal mines—and across the Pacific Northwest others are joining in to fight the proposed ports that would send that coal to Asia for burning.

And just so oil doesn't feel left out of the party, Texans in August and September are planning civil disobedience to block the southern leg of the Keystone XL pipeline, the part that's been given a green light by the Obama administration.

Taken one by one, these might seem like mosquito bites against the tough hide of the planet's richest and most politically connected industry. But taken together, they show an ever-savvier movement that's figuring out the choke points that make fossil fuel corporations vulnerable. If you can't pipe tar sands oil to the ocean, there's no reason to mine it in the first place; if you've got no port for your coal, you might as well leave it in the ground.

And here's the thing—each of these actions is magnified by the temperature, multiplied by the humidity, underscored by the smoke in the sky. "Long hot summer" has two meanings now, and they amplify each other.