A Good Year for Moving Beyond Oil 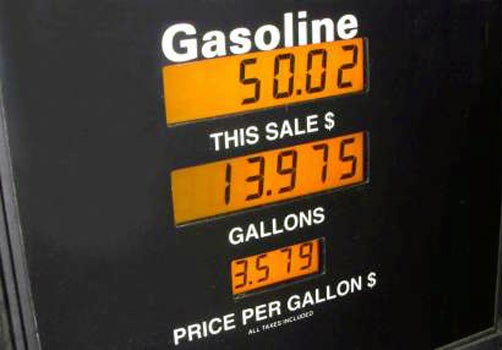 We haven’t even made it out of January, but 2012 is already shaping up as a watershed year in the fight to end our addiction to oil.

The big news, of course, was President Obama’s decision not to approve the Keystone XL tar sands pipeline. It was politically brave on the president’s part, but it’s also a huge symbol of the growing recognition that what’s good for Big Oil has nothing to do with what’s good for America and that the sooner we can separate oil and state, the better.

It’s not just environmentalists who understand this—it’s everyone from labor (the United Steelworkers, United Auto Workers and Transport Workers unions were just some of those that opposed the pipeline) to Nebraska ranchers to young people concerned about reckless climate-disrupting carbon pollution.

So kudos again to the Obama administration for standing up to intense pressure from what is still the wealthiest industry on the planet.

It’s fantastic that we’ve stopped what once looked like an unstoppable pipeline, but let’s not forget that if we really want to move our country beyond oil, we need to do more than just stop bad things—we have to move forward on good things, too. Fortunately, this year the Obama administration also plans to make one particularly good thing happen: setting a new average fuel-economy standard of 54.5 mpg for cars and trucks by 2030.

That translates to using 1.5 million fewer barrels of oil per day by 2030—as much oil as we imported from Saudi Arabia and Iraq combined last year. The cumulative amount of carbon pollution eliminated would be a staggering 6 billion metric tons over the life of the program—the equivalent to one year of current U.S. CO2 emissions. It will be the single biggest thing any nation has done to address climate pollution—and the biggest step yet toward moving America beyond oil.

On Tuesday, Jan. 24, I’ll be among those speaking in San Francisco at the third and last of three public hearings on the new fuel standards (the others were in Detroit and Philadelphia). The public’s invited, so come if you can. If you can’t be there, you can comment online, instead.

Detroit was a fitting venue for a hearing because these new standards are enthusiastically supported by not just consumers and environmental groups but also by autoworkers and automobile manufacturers (thirteen of them, including the Big Three). In fact, the Sierra Club will be holding a press event and rally across the street from the San Francisco hearings at the Longshoreman’s Hall (400 North Point St.). If you’re in the Bay Area, join us at noon. Lots of our partners in labor, public health, and consumer protection will be there, and we’ll have a few electric vehicles and super high-efficiency vehicles, as well as some special guests from city government.

Of course, many battles lie ahead—Big Oil won’t give up easily and still has plenty of political clout. But it’s hard not to feel optimistic on the heels of a huge victory and the verge of a historic breakthrough.