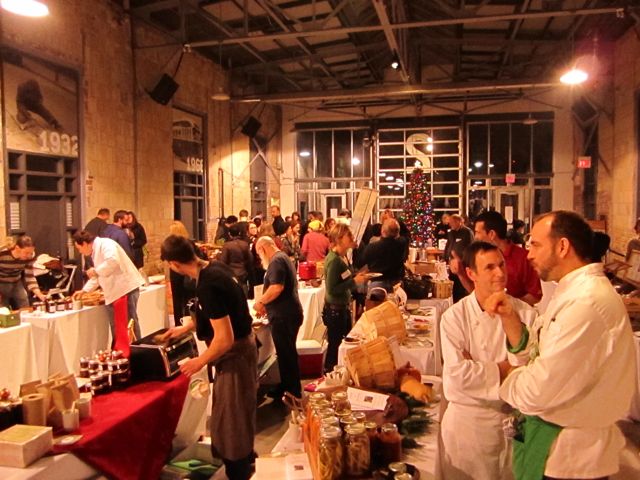 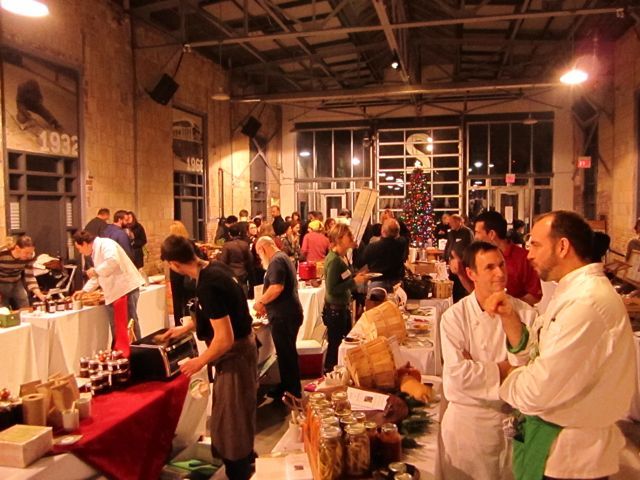 On Dec. 10, members of Slow Food and the Terra Madre network around the world will join the celebration of Terra Madre Day, Slow Food’s global day to promote good, clean and fair local food, now in its third year. More than 100,000 people in 110 countries will be taking part in festivals, dinners, exhibitions, cultural events, conferences and the numbers continue to rise.

Around Europe, many events focusing on the future of agriculture and the role of young farmers are being organized. In Romania, two events will feature public debates on the reform of the Common Agricultural Policy, bringing together policy makers, farmers and young people, and in the Netherlands a conference and a series of workshops for young European leaders will be taking place.

From the U.S. to the U.K., many groups are organizing fundraising dinners and lotteries to support the creation of a thousand gardens in Africa, Slow Food’s most ambitious project for the year and a focus of Terra Madre Day. Since its launch in October 2010, nearly 400 gardens have been adopted in 25 African countries. On Dec. 10, coordinators of one of these gardens in Kenya will be bringing together school children, their parents and neighbouring communities to learn about the importance of the initiative. A highlight of the day will be the preparation of foods from drought resistant crops. Read more on the Thousand Gardens in Africa project.

In Australia, Slow Food Brisbane will be focusing on food security and waste reduction. The convivium will prepare a dinner from food that has been rejected for sale to bring people’s attention to the vast quantity of food that is thrown away in the current food system.

A series of workshops on organic farming aimed at farmers, school and university students and beginner gardeners will be organized throughout Palestine in Hebron, Bethlehem, Ramallah and Jenin. A similar meeting will be taking place at Al Najah University in Nablus and Tulkarem to raise awareness on food security and sustainable farming.

In Mawphlang, Meghalaya, India, an Indigenous food festival will display the food diversity of the region. Taste education and themed seminars, also aimed at young people, will be organized on the occasion.

In Figueres, Spain, 18 restaurants that have joined the KM0 campaign, that works to encourage chefs to use local products, will be participating in a competition for the best local and traditional dishes.

Children in a school in Candelaria, Cuba, will celebrate by planting trees in the school garden and will prepare a meal for farmers from the local community.

Manioc, a major staple food in developing countries and native to South America, will be the focus of the activities of two Brazilian convivia. The aim of the events is to support the production of manioc flour, which is currently at high risk due to restrictive laws on its production.

A gastronomic festival will be organized near Almaty, Kazakhstan, to celebrate the famous wild apple orchards. The last woodland areas home to the Sievers wild apple variety can be found near the city. In the past 30 years, the surface area of these woods has diminished by 20 percent and the apples are now at risk of extinction. Slow Food plays a fundamental role in the protection of this unique world heritage and will use Terra Madre Day to celebrate and promote this variety of apple.