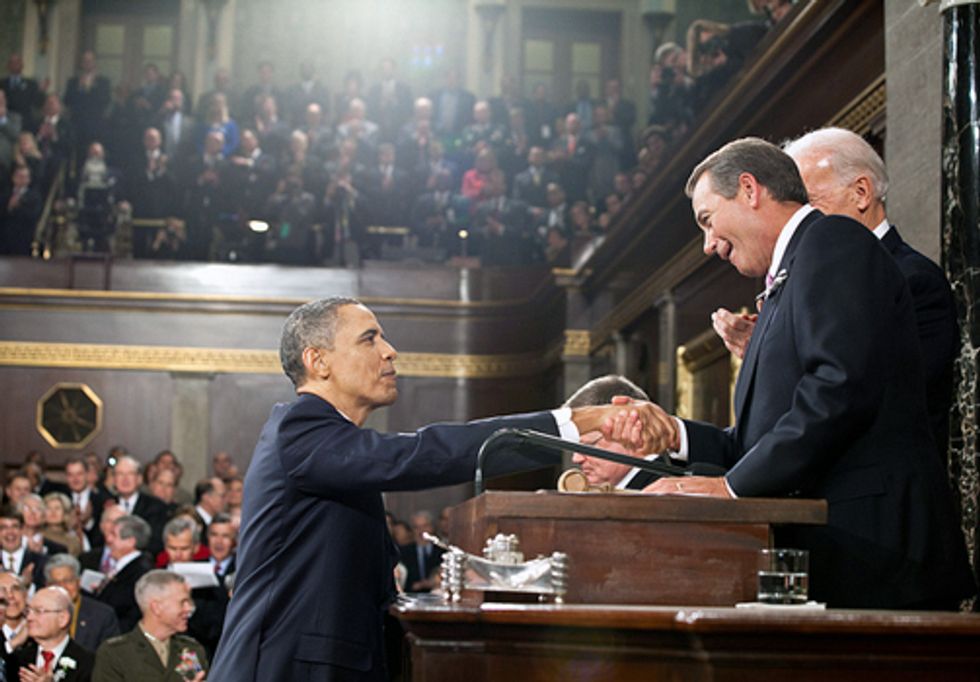 With President Obama set to delivers his State of the Union address tonight at 9 p.m. ET, the speech and Congress’ reaction to it will be a first step towards determining America’s conservation and energy agenda in 2012: Will America invest in a clean economy that creates jobs, cuts pollution and protects public health, or continue our dependence on dirty fuels that threaten wildlife, weaken our energy security, and deliver massive profits for big polluters?

Will we hear a different tune in 2012? Some key issues to consider in advance of President Obama’s State of the Union address:

In 2012, Washington has a chance to restore not just fiscal balance to our budget, but moral purpose to America’s future. Future generations will judge us on the legacy that we leave behind.  We must not turn back the clock and say we can’t afford clean air and water for our children and grandchildren.

The National Wildlife Federation’s four million supporters from across the political spectrum want clean energy and they want leaders who’ll face down special interests to deliver it. President Obama has shown he’s willing to stand up to oil lobbyists to safeguard clean water, clean air and wildlife to create a better, stronger, healthier America. Is Congress willing to do the same?

The Environmental Protection Agency is acting now to limit carbon pollution from coal-fired power plants, but is coming under assault from polluter-funded attack groups.