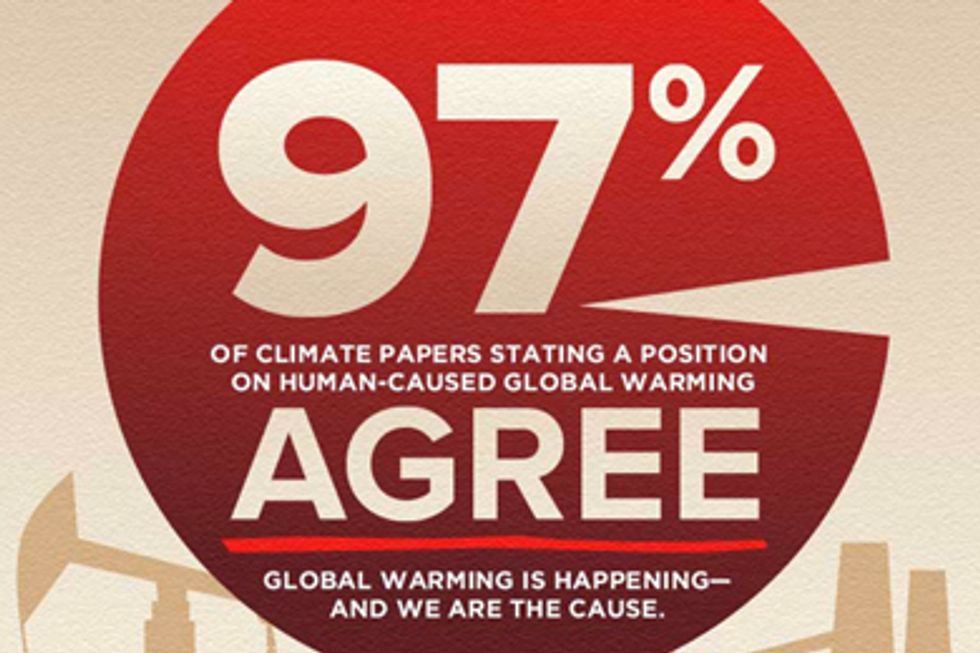 A new analysis of scientists’ articles on global warming and climate change has found almost unanimous agreement that humans are the main cause.

The comprehensive examination of peer-reviewed articles on global warming showed an overwhelming consensus among scientists that much of the recent warming is anthropogenic—the result of human activities.

The researchers identified 4,000 abstracts that stated an opinion on whether humans were causing climate change and found 97.1 percent endorsed the theory.

The importance of raising awareness of the scientific consensus on climate change cannot be overstated. Typically, the general public think around 50 percent of climate scientists agree that humans are causing global warming. The Consensus Project has shown that the reality is 97 percent.

Published in the journal Environmental Research Letters, the study is the most comprehensive of its kind to date.

While it cements the overwhelming scientific consensus on human-induced global warming, it also highlights the yawning gap between the science and public perception of it, and how this uncertainty is holding back action.

There is a gaping chasm between the actual consensus and public perception. When people understand that scientists agree on global warming, they’re more likely to support policies that take action on it.

Experts have attributed this gap to effective misinformation techniques employed by vested interests such as fossil fuel companies and the climate change denier movement.

This comprehensive study shows that policy makers and business can no longer hide behind any perceived or alleged uncertainty, as the science is unequivocal.