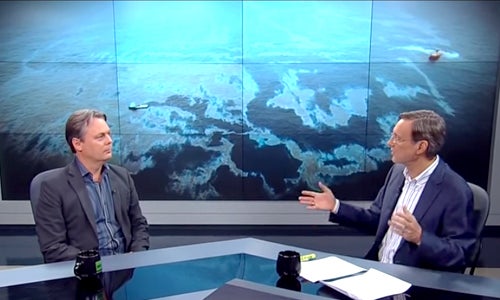 Watch as Tyson Slocum, director of Public Citizen‘s Energy Program, joins Thom Hartmann on The Big Picture to discuss the more than 90 pipeline spills that have occurred in Alberta, Canada, in October alone, releasing more than 625,000 liters of “toxic crap.”

Slocum and Hartmann talk about the Keystone XL and the many other pipelines in the works, including the Energy East pipeline, and the huge impact the extraction and burning of tar sands oil will have on the climate if these pipelines are built.